To the parent of a teenage girl, it feels like your child is always in danger. You hold your breath hoping she can somehow dodge the dangers of the teen years — drunk drivers, sexual assault, eating disorders, and most terrifying of all, suicidal urges. Most of her day is spent beyond your control, and given adolescence’s accompanying rebelliousness, there’s not much guidance she’ll accept anyway. It’s such an impressionable, emotional time of life, and the stakes couldn’t be higher. 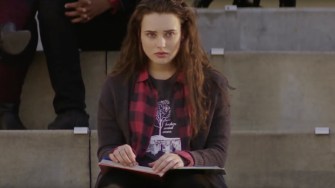 13 Reasons Why is a new 13-episode Netflix series that’s throwing gasoline on this smoldering fire. Prior to its airing, Netflix hired an expert on teen suicide, Dan Reidenberg of Suicide Awareness Voices of Education, for guidance. Reidenberg told them not to air the show. “But that wasn’t an option,” Reidenberg told Syracuse.com. “That was made very clear to me.” Netflix has defended its decision to proceed.

13 Reasons Why, produced by pop star Selena Gomez, is an intense drama about a teenage girls’s suicide and her reasons for doing so. Though it’s rated TV-MA (for 17 and over), the show is a red-hot sensation with teenagers who are devouring it like the latest drop from Beyonce. Parents and many experts are horrified. The National Association of School Psychologists has issued a warning against letting “vulnerable youth” watch it.

Psychotherapist Brooke Fox, LCSW, has written a scathing condemnation of the series, calling it “suicide revenge fantasy.” She writes, “Hannah [the show’s lead character, and the suicide] received everything in death that she was hoping for: sympathy, deep regret, guilt, and ultimately — love. However, what the teen brain cannot process is the fact that Hannah is dead — permanently, and never coming back.” 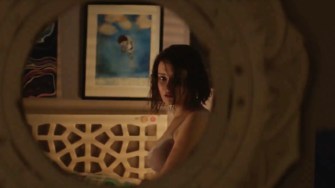 Fox says the series is “dangerous and disturbing,” offering six reasons that are in bold text in the list below. We added our own explanatory descriptions:

1. Nobody else is responsible for our mental health: While the actions of other do affect us, the responsibility for how we respond is ours.

2. Thirteen Reasons Why is a suicide revenge fantasy: Killing yourself does not get you the things you want from others. It’s too late for you. You’re dead, period. Gone.

3. Mental health issues — and the help that’s available — are barely discussed: There are people who can help if things have become so painful you’re considering suicide. Fox says the show never gets into the available resources.

4. Girls are depicted as disempowered: The series shows girls as helpless victims of male cruelty. Fox would have like to have seen the writers show some outrage over others’ behavior instead of just showing how it hurts Hannah.

5. The suicide scene is cause for outrage: In the book the series is based on, Hannah kills herself with pills. On TV, her death via razor blades is graphic, dramatically amped-up for effect. Fox says the scene provides a step-by-step set of instructions for a teen on how to kill herself.

6. 13 Reasons Why glamorizes suicide: Teenagers thrive on melodrama, and the series turns Hannah’s tragedy into a grand, sweeping gesture. Fox says there are ways to discuss suicide without romanticizing it. She cites this guidance from ReportingOnSuicide.org:

For Netflix’s part, the network asserts that it worked with mental health experts while crafting the series. They gave it the MA-17 rating and added warnings to the three most graphic installments. There’s also an epilogue episode of sorts, “Beyond Reasons,” on which the show is discussed by its producers and cast and by mental health experts. Netflix says, “Entertainment has always been the ultimate connector and we hope that 13 Reasons Why can serve as a catalyst for conversation.” 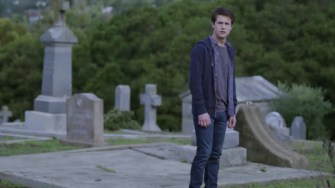 A writer for Netflix, Nic Sheff, told Vanity Fair, “Facing these issues head-on—talking about them, being open about them—will always be our best defense against losing another life. I’m proud to be a part of a television series that is forcing us to have these conversations, because silence really does equal death.” Sheff has personal experience with suicidal thoughts — he’s the subject of his father’s best-seller Beautiful Boy: A Father’s Journey Through His Son’s Addiction.”  Still, given the stakes, it’s dangerous to assume that Sheff’s own experience as an older teen, a boy, and a person with severe substance-abuse issues has made him an expert on what’s best for troubled teenage girls.

“Although it’s created a conversation about suicide, it’s not the right conversation,” says Reidenberg. To help parents talk to their kids about it in a constructive way, he’s posted a list of talking points.

Fox has told her daughter that she’ll watch the series with her, but it’s otherwise off-limits. Thanks to Netflix’s decision, all over the U.S. there are now arguments going on between parents trying to protect their kids from a sensationalized portrayal of a serious issue and frustrated teenagers angry at not being allowed to watch the show everybody’s talking about.

Britain hasn’t brexited yet, but the EU has already scrapped it from its map