Calvin is in crisis mode. He rushes into his house to yell at his mother: a giant dog tackled him and stole Hobbes. In tatters, Calvin grips his mother’s legs, grieving over the fact that he’s lost his best friend. Hug over, his mother bends over to tell her son that if he didn’t drag his tiger around all the time, this could have been avoided. The fourth panel is priceless: “There’s no problem so awful that you can’t add some guilt to it and make it even worse!”

Humans are good at guilt. You likely won’t find a Philip Roth novel without a character (or many) experiencing loads of it. Rabbit Angstrom felt endless remorse before shrugging each instance off. Novelists have a field day with guilt because so do humans. Well, some of us relate; an intriguing new study shows that if you’re prone to guilt, you’re likely a trustworthy person.

Published in the Journal of Personality and Social Psychology, the researchers begin by citing a common dilemma:

Through a series of six economic games, volunteers were tested on their behaviors and motives. Those who scored highest in “guilt-proneness” consistently returned more money than those who scored low on that mark. 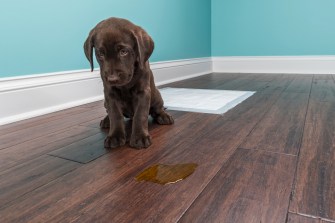 Unlike the sensation of guilt we feel after committing a questionable deed, guilt-proneness is the anticipation of the guilt we feel even before the act takes place. Those who feel guilt-prone turn out to take more interpersonal responsibility for their actions while being less likely to exploit others for personal gain.

Guilt-proneness turned out to be a more reliable predictor of trustworthiness than the other five personality traits that were tested: agreeableness, conscientiousness, extraversion, neuroticism, and openness.

In conclusion, the researchers offer advice on learning who to trust:

Trust and trustworthiness are critical for effective relationships and effective organizations. Individuals and institutions incur high costs when trust is misplaced, but people can mitigate these costs by engaging in relationships with individuals who are trustworthy. Our findings extend the substantial literature on trust by deepening our understanding of trustworthiness: When deciding in whom to place trust, trust the guilt-prone.

Chicago Booth Assistant Professor Emma Levine, one of the researchers behind the study, suggests empowering employees with feelings of responsibility for their behavior as a means of building trust in the company. Extrapolating from this, we can imagine the same situation holds true in other situations, such as relationships.

We’ll never know much guilt helped Calvin heal following the abduction of Hobbes. The tiger magically returned the following Sunday for another adventure.

Did the Milky Way form by slowly accreting matter or by devouring its neighboring galaxies? At last, we’re uncovering our own history.
Up Next
Technology & Innovation

The ingredient that makes this meatless burger bleed is safe to eat, FDA rules

The announcement is a major victory for Impossible Foods, the San Francisco-based startup that makes Silicon Valley’s favorite veggie burger.