What allows the cuttlefish to camouflage itself so perfectly that it blends in with every nuance and contour of its environment? How come notothenioid fish of the Antarctic developed antifreeze proteins in their blood to survive the extreme temperatures? How is it the African Pyxie Frog can seal itself in a mucus membrane cocoon and hibernate for up to seven years, in order to wait out long droughts?

The answer to all of these is adaptation and natural selection, the twin pillars of evolution. And for the first time, evolutionary biologists are really getting a behind-the-scenes look at these processes. We can decode a species genome and compare and contrast it to others. But the double helix hasn’t revealed all of its mysteries, yet.

Among the strangest discoveries so far is “dark DNA.” The name likens it to dark matter, which is said to comprise 25% of the universe, yet so far remains illusive. In evolutionary biology, researchers can look at the genomes of species, see which genes cross over, and begin to decipher what function each serves. 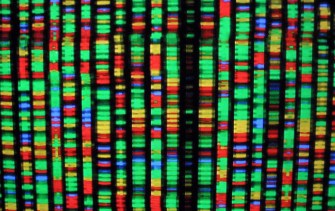 By comparing the genomes of different organisms, geneticists can tell what genes lead to which traits. Getty Images.

What some studies are now finding is that a critter may be missing a certain gene required for survival. Yet, the protein which it would have produced is somehow still expressed. The gene itself or some other mechanism must be at work. But the means remain nearly undetectable. These are called hidden genes. Another name for it is dark DNA.

In a recent study published in the journal PNAS, scientists looked at one case involving sand rats. These are desert dwelling gerbils native to North Africa and the Middle East. The poor things are prone to type 2 diabetes, it seems.

This study focused on a gene called Pdx1, which is responsible for insulin production. Though essential to survival, it was found to be missing from the genome of this particular species. How could the desert rat survive?

What they found was that the gene wasn’t really missing, but obscured somehow. They knew this because they found chemical instructions in desert rat systems, which could only be produced by Pdx1.

The base molecules or nucleotides for DNA are T (Thymine), C (Cytosine), A (Adenine), and G (Guanine). This particular sequence was high in base pairs G and C. In terms of genetic engineering, GC-rich genomes are notorious for being hard to work with. But they might signal more than mere lab tech consternation. 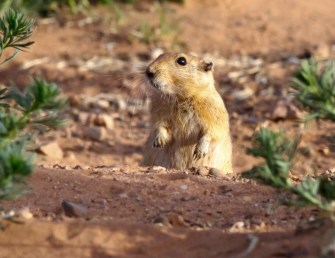 Looking deeper into their genetic makeup and comparing it to other rodents, investigators found that sand rat DNA actually contained far more mutations than that of their closest cousins. Adam Hargreaves is a Postdoctoral Research Fellow at Oxford, who took part in this study. He and colleagues are now calling the spaces where survival-necessary genes should be, “hotspots.”

Hargreaves wrote in The Conversation, “All the genes within this mutation hotspot now have very GC-rich DNA, and have mutated to such a degree that they are hard to detect using standard methods.”

Dark DNA is rare but not unheard of. It’s been detected in bird species before. In a study published in Genome Biology, scientists found that a total of 274 genes were absent in many bird species, yet necessary for almost all vertebrates. Once again, GC-rich DNA was detected. So far, hidden genes haven’t been found outside of these two cases. Hargreaves wonders just how prevalent they actually are.

The real innovation in understanding doesn’t surround hidden genes, but these hotspots. Hargreaves and colleagues have some indication that many genes intercede in these vacuous locations in order to produce a necessary protein. This hints at a deeper process.

Instead of genes mutating here and thither on their own, several may in fact mutate together. But some scientists have gone one step further. Could there be an underlying process driving evolution? If so, learning more about dark DNA could clue us into it.

Hargreaves and colleagues believe the desert rat may have undergone a fast evolutionary jump, which is why the hotspot occurred. Today, human driven climate change is speeding up evolutionary processes among many species. More cases of dark DNA could be one result.

Related
Starts With A Bang
NASA’s Habitable Worlds Observatory to finally answer the epic question: “Are we alone?”
NASA has finally chosen which flagship mission, like Hubble and JWST, will launch in ~2040. Detecting alien life is now a reachable goal.
Health
The scientific highs and lows of cannibinoids
Hundreds of these cannabis-related chemicals now exist, both natural and synthetic, inspiring researchers in search of medical breakthroughs.
Strange Maps
The horrors of World War II air war, in one stark map
This graph shows how badly German cities were hit by Allied bombing raids.
Hard Science
Subatomic ghosts shed new light on the structure of protons
A Fermilab study confirms decades-old measurements regarding the size and structure of protons.
The Present
The Taoist philosophy behind Alibaba, China’s e-commerce giant
Alibaba has played a key role in China’s meteoric economic rise.
Up Next
Surprising Science
Researchers Discover How Animals First Appeared on Earth
Australian scientists discover how complex life first appeared on Earth – one of the “greatest mysteries of science”.