You probably know about CRISPR-Cas9. It’s the recently developed method for genetic engineering that’s brought costs down by 99%, and the time it takes to modify genes from years to weeks. For some people, it’s a thrilling gateway to a disease-free future, increased lifespans, and babies made to order. (Also featherless chickens and invisible frogs.) To others, it’s a terrifying development with the potential for unstoppable bio-weapons, a corrupted human genome, and babies made to order. The ethical issues of working out CRISPR’s bugs on humans has been an area of universal concern and caution, but now a group in China has announced that on October 28 they modified a living human’s genes for the first time anywhere using the method. And it’s about to be done in the U.S.

Permission to proceed with both of these Phase 1 clinical safety trials was officially granted by each country in July 2016 in what may be an indicator that the temptation to proceed with such a potentially powerful therapeutic tool is too hard to resist, even balanced against the fear of something going wrong or misuse. “The technology to be able to do this is incredible,” Naiyer Rizvi of Columbia University Medical Center in New York tells Nature. Palermo University’s Antonio Russo is hopeful, saying, “It’s an exciting strategy. “The rationale is strong.”

Immunologist Carl June, the scientific advisor for America’s upcoming trials, told Nature his feeling about China’s groundbreaking first step: “I think this is going to trigger ‘Sputnik 2.0’, a biomedical duel on progress between China and the United States, which is important since competition usually improves the end product.”

As a reminder that CRISPR is still a work in progress, the Chinese trial was supposed to take place in August but had to be pushed back due to unexpected difficulties in culturing and amplifying the required cells.

The patient in the Chinese trial certainly had little to lose. A team of doctors at Sichuan University’s West China Hospital in Chengdu, led by oncologist Lu You of Sichuan University, injected him with a CRISPR cocktail that’s was concocted to halt an aggressive form of lung cancer from which he’s suffering. Lu reports that the procedure seems to have gone well, and that the patient has another injection ahead of him. 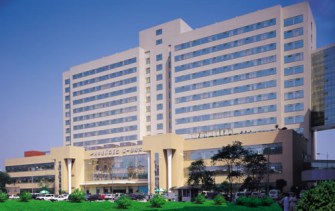 Lu’s team plans eventually to treat nine other people in the trial, each of whom will receive either two, three, or four injections. All of the patients will be monitored for six months to see if any adverse effects appear. A team at Beijing University plans to follow up in March 2017 with CRISPR-derived safety trials for bladder, prostate and renal-cell cancers.

“Cell therapies for cancer are so promising, but the majority of people who get these therapies have a disease that relapses,” Edward Stadtmauer, a physician at the University of Pennsylvania in Philadelphia tells Nature regarding the upcoming U.S. trials.

The U.S. trial won’t be so much about treating cancer as trying to verify that CRISPR is safe for use on people, with patients from California and Texas. Facebook Sean Parker’s $250-million immunotherapy foundation is funding the trial. 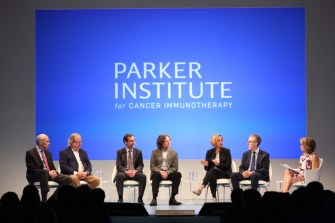 The CRISPR-modified cells will be manufactured from patients’ own T cells by the University of Pennsylvania. Three edits will be made. First, a gene will be inserted for an engineered protein that finds cancer cells and tells the T cells to target them. A second edit removes a naturally occurring T cell that could interfere comes next. The final edit plays defense: It removes a gene producing a protein that allows cancer cells to identify the T cells as immune cells they have to destroy. Each patient will then receive back his or her edited T cells via infusion. Monitoring of the patients for ill effects will follow.

Regardless of how you may feel about the benefits and/or dangers promised by CRISPR-Cas9, it’s clear that the age of CRISPR-edited humans has now begun. Breathe deep and hang on. Human existence is about to get much better, much worse, or both. As Paul Simon’s song “Boy in the Bubble” says:

These are the days of miracle and wonder
And don’t cry, baby, don’t cry
Don’t cry.

From the tiniest subatomic scales to the grandest cosmic ones, solving any of these puzzles could unlock our understanding of the Universe.
Up Next
Starts With A Bang

How physics falls apart if the EMdrive works

An EMdrive prototype, as seen in a testing chamber at NASA Eagleworks. Image credit: H. White et al., AIAA 2016.Either momentum truly is conserved and this isn’t a reactionless drive… or else.“The […]