For a disorder that affects 1 in every 110 American children and 1 in every 70 American boys, there are a surprising number of misconceptions about autism. Study after study has shown that vaccines do not cause the disorder, yet some parents still refuse to vaccinate their children out of unfounded fears. And while autism rates have been on the upsurge for the past two decades, this most likely does not point to an epidemic but rather to a broadening definition of what constitutes the disorder.

Scientists are beginning to better understand the genetic and environmental factors that likely lead to the disorder, but there is still much upon which they do not agree—including why the disorder affects boys roughly 4 times more than girls.

In December, Big Think hosted a panel discussion highlighting cutting-edge autism research as part of our Breakthroughs series, made possible by Pfizer. This conversation featured back-and-forth exchanges between top luminaries in the field, including:

Dr. Gerald D. Fischbach, Scientific Director of the Simons Foundation Autism Research Initiative.  Dr. Fischbach is also former Dean of the Faculties of Health Sciences at Columbia University and former Director of the National Institute of Neurological Disorders and Stroke at the N.I.H.

Dr. Christopher A. Walsh, Chief of the Division of Genetics at Children’s Hospital Boston and researcher at Harvard University.  Dr. Walsh studies the genes that regulate the development and function of the human cerebral cortex. 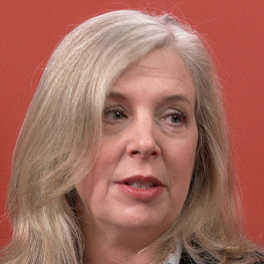 , Professor of Cognitive Neurosciences at UCLA.  Dr. Bookheimer uses fMRI to understand how the brain learns social communication skills and how these skills are impaired in children with autism and Asperger’s disorder.

The panel was moderated by Dr. Susan Wilczynski, Executive Director of the National Autism Center. Dr. Wilczynski is also Chair of the National Standards Project, which seeks to establish standards for the treatment of individuals on the autism spectrum.

Over the next four weeks, Big Think will look at the latest thinking and research about the causes and progression of autism, using information from this panel discussion to analyze new information about predisposition to the disease and what might be done to prevent it.

Produced by Big Think and made possible by Pfizer, Breakthroughs is a three-part series that focuses on leading-edge medical research. A previous installment on Alzheimer’s disease can be found here, and another on cancer will launch in February 2011.