Our memories are precious. They connect us to friends and family and give us our sense of identity. In the end one could argue that all we truly are is the sum of our own experiences. But what if those memories start to slowly fade away? This is the horror of Alzheimer’s, a form of dementia which today affects over five million Americans. As the sixth leading cause of death in the country and with the baby boomer generation aging, the number of cases is expected to grow significantly, reaching 7.1 million by 2025.

Of the top ten killers of Americans, it is the one illness we know the least about. Alzheimer’s starts with small gaps in memory and momentary confusion. As it progresses, the disease erases whole bits of memory, skills, cognitive ability, and more, until nothing remains. There is no cure, and the disease is terminal.

This is the most expensive disease in the U.S. Over the next three and a half decades, 28 million are expected to develop it. That will cost $20 trillion and eat up a quarter of the Medicare budget. Experts warn that the large number of predicted cases could potentially bankrupt the program.

Two proteins, beta-amyloid plaques and tau tangles cause Alzheimer’s. Beta-amyloid is considered the primary culprit. These sticky plaques gum up the brain, choking brain cells and snapping the connections between them, leading to brain cell death. But the plaques are aided by tau threads which twist into tangles, blocking nutrients. The risk factors for Alzheimer’s include age, a family history of the disease, mild cognitive impairment (MCI), past head trauma, and an unhealthy lifestyle. 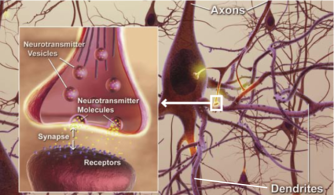 The genetic variety is known as familial Alzheimer’s disease (FAD). This cannot be avoided but can be detected. A heart healthy lifestyle is the best way to avoid Alzheimer’s. Eating a high fat diet, getting little exercise, smoking, and other lifestyle factors which induce heart disease also increase the risk of this form of dementia. Some studies have shown a lack of vitamin D may be a risk factor, while B vitamins could help prevent it. Depression also increases the likelihood of Alzheimer’s.

A group of Finnish researchers have put together a series of lifestyle factors and biometrics such as blood pressure, to create an accurate prediction of one’s 20 year dementia risk. Other evidence suggests that the roots of Alzheimer’s can be traced back an entire decade way before symptoms manifest. This suggests that more advanced diagnostics and early intervention may bear fruit.

15 years ago, some scientists considered Alzheimer’s incurable. Breakthroughs in research within the last three years have given us a ray of hope. Advances in brain imaging have allowed scientists to identify the buildup of proteins within a living brain. Meanwhile, developments in our understanding of the human genome suggest new treatment options are possible. Experts believe by combining genetic testing, certain biomarkers, and brain scans, we can soon predict who will develop Alzheimer’s and when symptoms will begin.

A normal brain is pictured on the left, an Alzheimer’s disease brain on the right.

Until recently, only a hypothesis of how Alzheimer’s operates was available, limiting research capabilities. Since mice don’t develop dementia naturally, observing this phenomenon in a lab has been tricky. Neuroscientists at Harvard Medical School and Massachusetts General Hospital recently illustrated the pathway Alzheimer’s takes. They placed brain cell neurons in a petri dish and recorded how the disease spread through the tissue. Today, researchers can now mimic the same phenomenon and use it to test novel drugs and drug therapy combinations in a cost-effective manner.

The National Institute on Aging (NIA) has reportedly identified certain genetic mutations that lead to Alzheimer’s. 11 specific genes were indicated. DNA methylation or alterations in the makeup of DNA have also been recognized as a contributing factor. Certain changes in DNA may make one more susceptible to a specific set of diseases, including Alzheimer’s. Currently, a certain mitochondrial treatment is in clinical trials to try and attack the disease on the genetic level.

Some research is looking into a connection between Alzheimer’s and the microbiome. These are the thousands of bacterial fauna living inside our gut. Many helpful varieties aid the immune system, help regulate the metabolism, and even release neurotransmitters to help normalize brain chemistry. There are some studies that suggest certain microbes in the GI tract impact the early stages of Alzheimer’s. 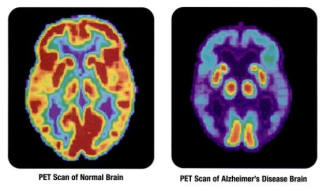 Another avenue is anti-microbials. Here, researchers are looking at the brain’s natural anti-bacterial agent Abeta. It is thought that this is one of the crucial aspects leading to Alzheimer’s development. Environmental triggers may influence Abeta which in turn triggers the disease. An enzyme called gamma secretase is critical in Abeta production. Two drugs are now being fast-tracked by the National Institutes of Health (NIH), which focus on the enzyme and its role in Abeta production. Another tactic is using the brains own ability to repair itself as a way to halt or even reverse Alzheimer’s. Currently, clinical trials are now testing the application of nerve growth factor applied to areas of the brain affected by this form of dementia.

Lots of research is under way. Yet, shortfalls in funding and a lack of volunteers for clinical trials have in the past hobbled efforts. For those who want to get involved, contact your local chapter of the Alzheimer’s Association. For patients, ask your doctor how to become a part of a clinical trial.

Though we live in a politically divided country at the moment, one thing the White House and Congress agree on is funding Alzheimer’s research. Back in January, $350 million was allocated to the NIH so they can conduct more Alzheimer’s research. Though so far, there hasn’t been one major breakthrough, there have been several minor ones, and the pace is picking up. Experts predict that Alzheimer’s may not have one specific cure, but an incorporation of several different treatments, a drug cocktail as it were, will inhibit, halt, and someday even eliminate the disease from the human landscape.

Believing life is fair might be better for your emotional health, but it also presents risks in how you treat others.