Anyone of a certain age knows that if you overdo it physically, your muscles will be sore for far longer than when you were younger. After all, older muscles take longer to heal. But in the near future, this may not be taken as a given. Swiss researchers have uncovered a naturally occurring compound which protects muscles from aging, and may help preserve us against the weight of years in other ways too. The molecule is called urolithin A. Researchers say its discovery has uncovered a fascinating paradigm, that plants, animals, and bacteria have been co-evolving together over tens of millions of years.

Researchers from the École Polytechnique Fédérale in Lausanne (EPFL), Switzerland made this discovery. Human trials are not complete yet. But their previous studies published in the journal Nature Medicine, have shown remarkable results. They include experiments on a type of worms called nematodes as well as rodents. Now, the team is conducting human trials in clinics across Europe.

During antiquity, pomegranates were revered as the “food of the gods.” But dubious marketing campaigns in the present day have made scientists skeptical. EPFL researchers decided to investigate whether or not such claims have merit. 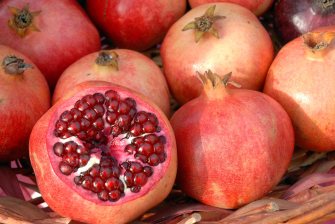 Do pomegranates hold anti-aging secrets after all? It’s complicated.

Mitochondria are the batteries of a cell, providing chemical energy to allow it to do its work. When mitochondria break down, they must be recycled. But as we get older, the process which recycles them, called mitophagy, is not as effective as it once was. Therefore, decomposing mitochondria begin clogging up the insides of cells. This can cause problems in several tissues of the body, most notably in muscles, which become weaker and take longer to bounce back from injury. Mitophagy disruption has also been implicated in certain diseases associated with aging, such as Parkinson’s.

So far, no other molecule has been shown to rejuvenate mitophagy. Researchers at EPFL have demonstrated that urolithin A can reinvigorate the process. Patrick Aebischer was a co-author on this study. He is also the president of EPFL, and a professor of neuroscience there. Aebischer said of the molecule that, “It’s a completely natural substance, and its effect is powerful and measurable.”

This molecule was first tested on a type of nematode worm called Caenorhabditis elegans. This worm is a useful test subject since its cells have many features which are common in human cells. Also, it has a very short lifespan. After just eight to ten days, C. elegans is considered a senior citizen. Due to this, it is a good choice to study aging and compounds which may affect the process. When the worms were exposed to urolithin A, researchers were astonished to find that they lived 45% longer, on average. As these worms aged, discarded mitochondria were found to be regularly recycled. The buildup taking place before was gone. 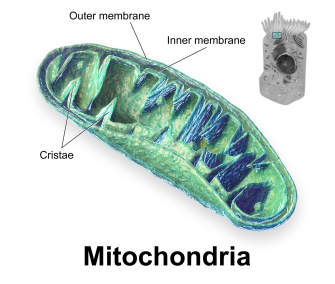 Next, investigators moved on to rodents. As with the worms, the compound led to a swift uptake in the removal of damaged mitochondria. Studying elderly mice, around two years of age, the compound was shown to significantly reduce the number of mitochondria in their cells. In addition, endurance while running increased 42% in mice given the compound over those who weren’t. Aebischer and colleagues also conducted experiments on young rats. Here, they found urolithin A exposure gave them a greater capacity for exercise than those in the control group. Researchers concluded that the process of mitophagy was occurring more robustly in those exposed urolithin A.

Even so, these scientists are by no means suggesting that everyone start buying pomegranates by the bushel. Urolithin A itself isn’t found in them, merely its precursor. The precursor can be found in many other nuts and berries as well. These are molecules known as ellagitannins. When the molecules enter the gut, they mix with water. Then they are broken down into something called ellagic acid. This feeds a certain colony of gut bacteria, which produce the mitophagy-inducing molecule urolithin A. 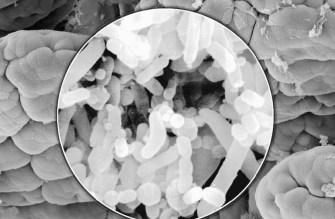 Since it is a complex process and due to the central role certain gut bacteria take, how much urolithin A someone’s body can produce varies. Therefore, those missing the specific bacterial flora needed to produce urolithin A may not benefit from eating pomegranates. Because of this, EPFL researchers have launched their own biotech firm. Through the company, they plan to deliver artificially produced urolithin A doses for human trials.

One of the heartening things about this study is that since this process was found in C. elegans and rodents, who evolutionarily speaking are an enormous distance apart, this cellular process is thought to be essential to all life. Study co-author Johan Auwerx said that due to this, it would be surprising if urolithin A wasn’t effective in humans. Researchers say a drug based off of this compound could help fight the muscular breakdown as time takes its toll, and even inhibit other aspects of aging.

Every Christmas could be the last Christmas.
Up Next
Personal Growth

Why Controlling the Light Around You Is Critical to Your Health

Sleeplessness and fatigue getting you down? Turns out the trick is respecting that big star in the sky.