As cutting-edge as physics is, it’s based on a very old idea. Director of the quantum gravity group at the Centre de Physique Théorique de Luminy in Marseille and author Carlo Rovelli suggests it may be the most brilliant, important idea anyone has ever had. “The universe is composed of two elements: the atoms and the void in which they exist and move.” It came from the ancient Greek city of Abdera in Thrace in the writings of Democritus. Rovelli, author of Reality Is Not What It Seems and other physics-related works, writes about the earth-shaking importance of this one insight in Aeon. 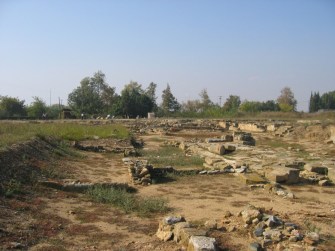 The atomic structure of the universe was first conceived by Democritus’ teacher Leucippus. The dominant scientific theory during Leucippus’ day was the Eleatic school of thought developed by Parmenides, the “Father of Metaphysics.” Its proponents believed that reality is a unified, unchanging single entity they called “Real,” an all-encompassing globe. Real couldn’t move, because there’s nowhere to go, and there couldn’t be multiple Reals because Real contained everything. 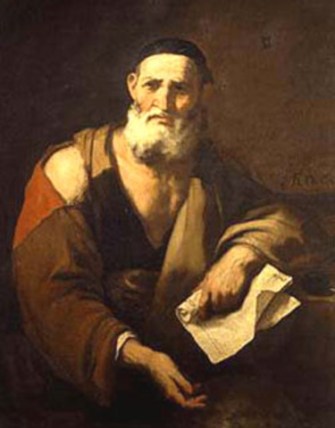 Leucippus suggested you could have motion if in fact there’s a surrounding void — not nothingness, but empty space. And with an infinite void, it followed there could be an infinite number of bodies. But they must be so small we can’t see them. Could they be infinitely small? He didn’t think so, and here’s why.

In Zeno’s most famous paradox, Achilles can never win a race with a tortoise who has a head start because if you divide the time it would take for Achilles to catch up into an infinite number of slices, when you add them back up, the overall time required would keep expanding and Achilles would never catch the tortoise. Except a real-world Achilles can overtake the turtle, so Zeno takes this as proof that the world we think we see can’t be real. Hm.

Zeno got two things wrong. First, after dividing the amount of time it would take for Achilles to reach the turtle into infinitely smaller bits, you couldn’t add them back together to get something bigger than the time you were dividing — you’d only wind up with the original time, the thing you’d divvied up.

Second, and more significant, was what Leucippus suggested when he questioned one of the paradox’s assumptions, the one that says you can divide things infinitely. Wouldn’t it make sense if there was a lower limit beyond which you can’t keep dividing things? Then you couldn’t wind up expanding Achilles’ original time by adding together an infinite number of time subdivisions.

Democritus refined Leucippus’ thoughts, naming their proposed bodies atomos, and writing about them around 400 BCE. He concluded: 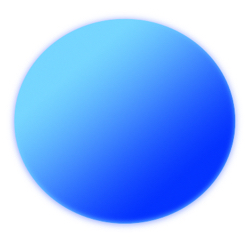 An atom. Protons, electrons, nuclei, and their more exotic cousins were not part of the theory.

Democritus was a highly regarded and prolific scholar in his day. (He may have been over 100 years old when he died in 370 BCE; there’s some debate about his birth date.) While Seneca referred to him as “the most subtle of the ancients,” he also noted that Democritus wasn’t shy about making fun of people, and was known locally as “the mocker.” (Beyond his immediate community he was “The Laughing Philosopher.”) 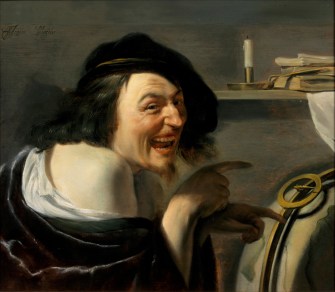 In any event, he was clearly brilliant, although none of his writings survive. Most of what we know about Democritus comes from Aristotle, who considered him an important rival in the field of natural science. Plato, for whom Democritus’ scientific rationalist philosophy proved infuriating due to its disinterest in the finding a reason for existence, would have been pleased — he wanted Democritus’ writings burned.

Democritus writings about atoms didn’t go over especially well at the time, and, though other bits of evidence for atoms appeared here and there, especially in chemistry, the theory went largely disregarded for 23 centuries. That is, until the existence of atoms was finally proved in 1925 by a young Albert Einstein.

It’s such a foundational notion on which so much science and technology is now based, it’s hard to imagine another idea as big. That it took all this time for Leucippus’ and Democritus’ genius breakthrough to be recognized for what it was is just a matter of the rest of us catching up, like Achilles and his tortoise, except we finally made it.

Evidence suggests that gains in symptom reduction are permanent.