According to the CDC, one in five children in the US between the ages of three and 17 have some type of autism. More children have been diagnosed with autism spectrum disorder (ASD) in recent years. But experts can’t agree on whether this indicates a higher prevalence of cases, or increased awareness of the condition. What’s more, scientists still aren’t sure what causes autism. And there are no pharmaceutical treatments available today.

One thing experts do agree on, is it has something to do with abnormal brain structure. There may be a genetic component as well. Some studies suggest that pesticide exposure could trigger latent autism. Exposure to certain drugs in the womb may also contribute. And for some reason, older parentage makes autism more likely. Other than that, the disorder, really a spectrum of them, remains a medical mystery.

Brain stimulation and certain novel drugs are being used with varying success. Now, a small group of researchers are targeting not the brain but the gut. Some studies have shown that the absence of a certain beneficial gut bacteria may play a role in ASD. Recent breakthroughs have revealed that the microbiome, a thin layer of microbe-rich slime throughout the body, but especially in the gut, controls many aspects of our health.

Without the proper balance of gut bacteria, a wide array of conditions, from immune system malfunction, to metabolic and digestive problems, to depression, crop up. One solution is fecal transplant therapy. This is also known as a fecal microbiota transplant (FMT), bacteriotherapy, or microbiota transfer therapy. It involves screening fecal matter from a donor. If it’s replete with healthy bacteria and absent of harmful ones, it is mixed with a saline solution and injected into the patient’s colon, through an enema or a medical procedure. 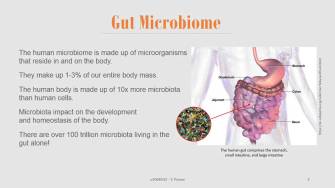 One study out of Baylor College last year found that autism-like deficits present in mice that lacked a certain gut bacteria, known as Lactobacillus reuteri. Reintroducing these into the colon caused some of the behaviors associated with ASD to evaporate. Previous research found that obese women have a higher chance of giving birth to children with ASD and other developmental disorders. Obesity has been linked with a lack of a certain kind of gut bacteria.

Another clue, those with ASD often experience severe gastrointestinal (GI) disorders which can start as early as infancy. Besides these connections, a growing body of evidence shows that many neurological conditions are associated with the viral and bacterial makeup of the gut. Though effective in mice, FMT hadn’t been tested in humans, until now.

A recent study found that fecal transplant improved the symptoms of 18 autistic children. Though a small study, the results were heartening. Participants saw a 25% reduction in symptoms associated with social behavior, language, and repetitive actions. Developmental age increased on average 1.4 years. Parental feedback indicates that the children had more energy, were less irritable, and less hyperactive. These were permanent changes, observed eight weeks after initial treatment.

Autism researcher and study co-author James Adams said, “Most people have about a thousand different species of bacteria in their gut, mostly beneficial. In previous studies, we found kids with autism were missing several hundred of those species.” A lot of autistic children are prescribed antibiotics in the first three years of life and this might have something to do with it, authors wrote. The point of FMT is to replenish helpful flora that are, for some reason, absent. 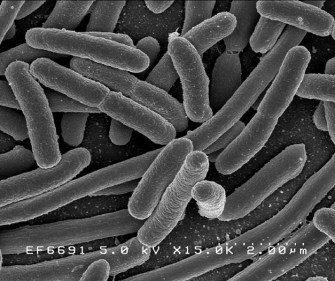 Adams and colleagues recruited 18 autistic children between the ages of seven and 17, with severe gastrointestinal symptoms, to participate. Using genetic testing, researchers were able to follow the bacterial development of the children’s colons. Though very different in the beginning, by the end of the study, participants had microbiomes similar to their fecal donors. Ann Gregory was a lead author on this study. She’s a graduate student of microbiology at Ohio State. It wasn’t just the bacterial makeup that made a difference, she said. “Those donor viruses seemed to help” as well.

First, researchers using genetic testing, established the composition of the children’s gut microbiome. Next, each child was given a two week course of antibiotics to clear out what gut bacteria they had. They were also asked to fast for half a day and underwent colonic cleansing. Then, a high-dose fecal transplant was administered. Afterward, children drank smoothies blended with low-dose powder periodically, for seven to eight weeks.

Gregory said that, not only were there positive neurological improvements, participants saw an 82% reduction in GI symptoms. Researchers concluded that there must be a strong connection between gut bacteria and ASD. Though encouraging, this was a small study. A much larger participant pool is required to learn more, and make sure that these results hold up. Otherwise, such gains could be blamed on the placebo effect.

Another limitation is that with symptoms, researchers relied on parental observation. Direct evaluation and standardized metrics should be employed in future studies. Other research will also have to focus on fecal transplant therapy and why it works on the cellular level. In addition, these scientists wish to identify exactly what types of bacteria and viruses impact ASD. The team on this study is now seeking funding for a larger trial. But the implications go beyond autism. Someday, researchers predict that there will be certain fecal “cocktails,” available for transplant to alleviate different conditions.

Just as the collective ruckus of science deniers hits its peak, Netflix announces a date for ‘Bill Nye Saves the World’, a heroic new show that will answer the most pressing science questions of our era.