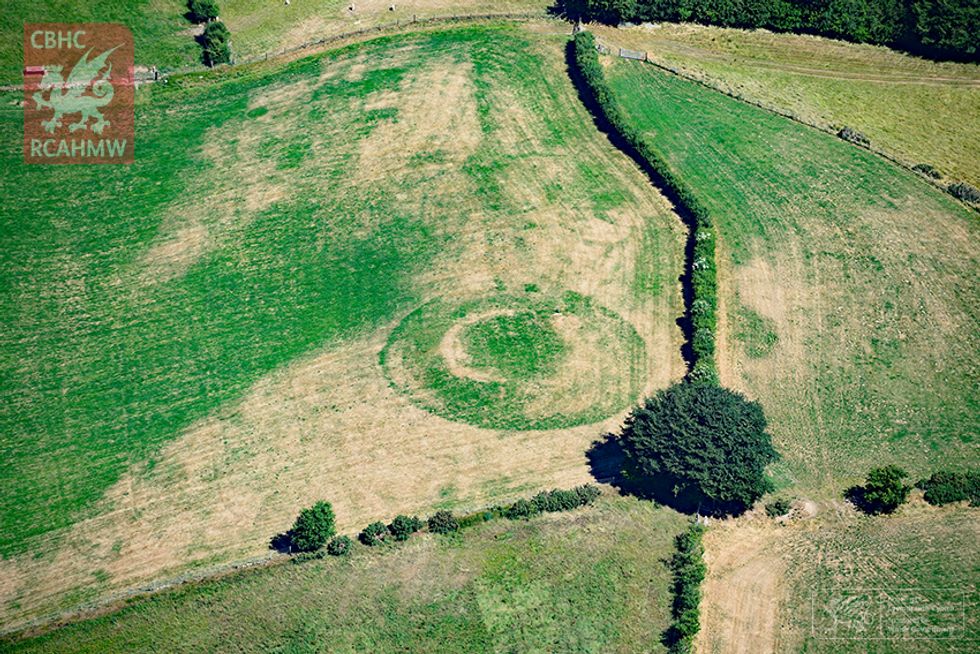 “The bones of our past sticking through the flesh of the present”, is how historian Tom Holland on Twitter described a curious phenomenon currently manifesting itself in Britain.

The heatwave scorching the country’s fields and meadows is revealing the outline of stone-age forts, Celtic settlements and Roman farms – some previously unknown to archaeologists.

The hottest temperature in England this year so far was recorded last Sunday in Gosport, Hampshire, where the mercury hit 32°C (90.3°F). The provisional UK record for 2018 is held by Porthmadog, in Wales, which reached 33°C on 28 June.

This Monday is likely to be the 16th consecutive day in the UK with temperatures rising above 28°C, making it the longest heatwave since 2013, when there were 19 days above 28°C. A cool front moving south from Scotland from Tuesday could ensure that record remains unbroken.

Nevertheless, weather watchers already predict 2018 will be one of the UK’s five warmest summers since 1910. It’s also one of the driest summers on record. The hottest summer in living memory remains the one of 1976, when there were 15 consecutive days of at least 32°C in the UK.

Now as during that legendary summer, high temperatures and scorched fields are revealing some never-before-seen images of Britain’s past.

Even thousands of years after the buildings have gone, the soil still retains elements of their foundations. As a result, the grass on these patches changes colour at a different pace from elsewhere. Which means that the outlines of those buildings, from Britain’s prehistoric and Roman past, have now become visible – often for the first time.

“Scores of long-buried archaeological sites have been revealed once again as ‘cropmarks’, or patterns of growth in ripening crops and parched grasslands”, writes the Royal Commission on the Ancient and Historical Monuments of Wales (RCAHMW) in a news bulletin.

Aerial reconnaissance during the heatwave of 2013 suggests this farmstead near Caerwent in south Wales dates either from the Iron Age or the Romano-British period.

“Toby will be surveying right across north and south Wales in a light aircraft to permanently record these discoveries for the National Monuments Record of Wales, before thunderstorms and rain wash away the markings until the next dry summer”, the RCAHMW website states.

Below: How crop marks form, in three phases.