The Phantom Emirate of Ahwaz

You've probably never heard of Ahwaz. But the Emirate in waiting already has a flag - and, of course, a map... 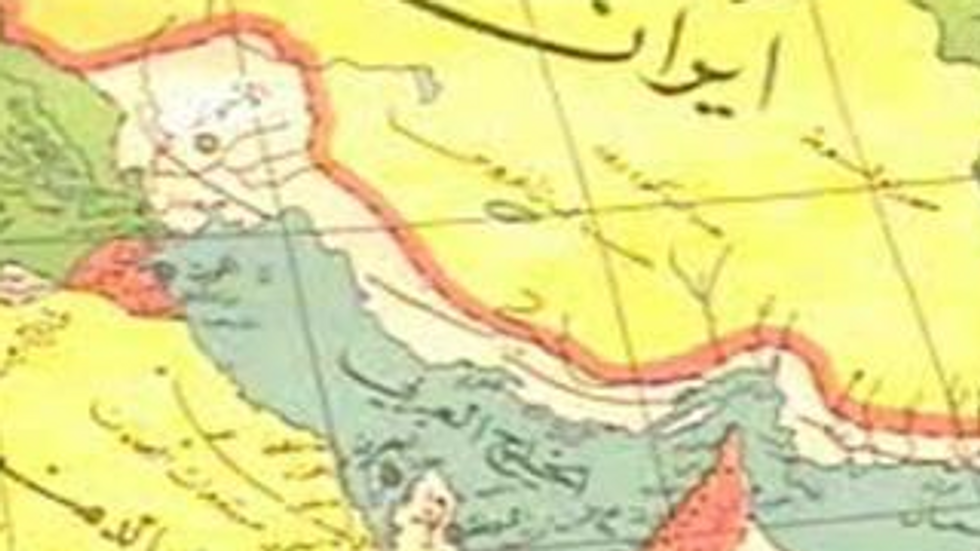 The Emirate of Ahwaz should join the Gulf Cooperation Council. Anywhere else, that headline would cap a boring story about regional integration. But in the Middle East, it's the kind of provocation that boils blood. For Ahwaz is the Arab, oil-rich southwest of Iran.

It's okay if you've never heard of Ahwaz. The region has a few aliases that are perhaps slightly less obscure. Herodotus and Xenophon called it Susiana, after its capital Susa. The region is mentioned about two dozen times in the Bible as Elam, often in the wrathy, smitey style typical of the Old Testament (Jer. 49:38: “And I will set my throne in Elam, and will destroy from thence the king and the princes, saith the Lord.”)

Its oldest name still reverberates in Khuzestan, the official Persian name of the present-day Iranian province. Due to the continuous influx of Arab tribes, it has also been known as Arabistan since at least the 17th century. The Arabic name Ahwaz contains a reference to the area's original Huzi (or Khuzi, or Susi) people. That name has in turn been appropriated as Ahvaz, the Persian name of Khuzestan's capital, otherwise distinguished as the city with the worst air pollution in the world.

The Ahwazi Arabs – 1.5 million in all, or about 2% of Iran's total population of 78 million – are concentrated in Ahvaz and other Khuzestani cities, but also are farmers and fishermen in the surrounding countryside, and nomadic pastoralists further east on the Gulf's coastal plain. Their complaints are legion, and familiar for many ethnic minorities: political marginalisation, economic deprivation, forced cultural assimilation.

Unfortunately, Teheran's harsh rule is only half of the Ahwazi tragedy. The other is that their cause is only taken up by their brethren if and when it serves their own devices – as is again the case these days. Mark the words of Jamil Al-Dhiyabi, deputy editor of the London-based Saudi daily Al-Hayat, who earlier this year wrote the article under that headline mentioned above (quoted here, italics mine): “What would happen if Arab Gulf states [...] spent [...] billions on supporting an independent Arab emirate in Ahwaz, so that it becomes a thorn in the side of Iran? […] How long would the Iranian 'demon' be occupied with its own affairs if it lost a strategic region so rich in resources? [...] Would this not weaken Iran's ambitions and thwart its plans?”

For the Saudis and Qataris, any trouble stirred up among Ahwazi Arabs amounts to Teheran getting a taste of its own medicine. They accuse Teheran of fomenting Shi'ite minorities across the Arabian peninsula, and of course supporting the Shia-dominated government of Iraq. But for now, all seems quiet on the Ahwazi front. Past experience has taught the locals to be wary of airing their grievances – especially when urged to do so by outsiders.

Ahwaz, as seen by those who favour its independence: much larger than Khuzestan province, cutting off Iran from the Gulf. (Image taken from the secessionist National Assembly of Ahwaz website).

Though nominally part of Persia, an autonomous Arabistan existed until 1924, when the centralising regime of Reza Khan Pahlavi crushed a rebellion. A year later, he abolished the emirate and had  himself crowned Shah-an-Shah ('King of Kings'). That didn't prevent repeated revolts in the restive region, throughout the 1920s and 1940s.

After World War II, Arab discontent was channeled into political parties demanding autonomy, or even outright independence: the Al Saada party, founded in 1946, was the first to demand independence for Iranian Arabs. The Arabistan Liberation Front was founded in 1956, the National Front for the Liberation of Arabistan in 1960, and the Ahwaz Liberation Front in 1967. Armed resistance had petered out by the 1970s, however.

The Emirate already has a flag. Will it also get a battlefield to wave it on? (Image by Semedxudai, reproduced in accordance with the Creative Commons Attribution-Share Alike 3.0 Unported license).

Until the chaos that followed the Islamic Revolution of 1979 presented the Ahwazi Arabs (and other non-Persian minorities such as Kurds and Baluchis) with the pretext for yet another stab at freedom. The so-called Khuzestan Revolt left several hundred people dead, and was eventually suppressed by Iranian Revolutionary Guards. The rebellion's collapse led to what probably is Ahwaz's high water mark in world affairs – if you could call it such: the Iranian embassy siege in London in 1980.

On 30 April of that year, six armed members of the Democratic Revolutionary Front for the Liberation of Arabistan (DRFLA) took over the Iranian embassy, seizing 26 hostages and demanding the release of 91 comrades in Iranian prisons. After they killed a hostage, Prime Minister Margaret Thatcher authorised Operation Nimrod, in which the SAS killed all but one of the hostage takers and managed to rescue all but one of the remaining hostages.

The rescue was broadcast live on British tv, which led to record numbers of applications for the SAS and a first surge in Mrs. Thatcher's popularity. But the Iranian Revolutionary government was suspicious of the whole event. It accused the West of orchestrating the siege, as payback for the ongoing hostage crisis in Teheran, where revolutionary students held 52 US diplomats and citizens.

That is the drama of Ahwaz, that splinter of the Arab world stuck in Iran's body politic: Teheran will always assume foreign interests behind any demand, protest or revolt from its Arab minority. And the Arab world will only support its struggle if and when it serves its own purposes.

As happened in Iraq, after the coup of 1958 brought a nationalist junta to power. It started making trouble again over its recently pacified river border with Iran, on the Shatt-al-Arab ('Stream of the Arabs'; in Persian: Arvand Rud, 'Swift River'), the strategic confluent of the Tigris and Euphrates debouching into the Gulf. The Iraqis also stoked up irredentist feelings across the river, in an area that happened to be the source of most of Iran's oil and gas wealth. In 1969, Iraq's then vice president Saddam Hussein said that "Iraq's dispute with Iran is over Khuzestan, which is part of Iraq's soil and was annexed to Iran during foreign rule."

As relations between Iraq and Iran continued to decline during the 1970s, the grandest example of geopolitical cynicism surely must have been the Iran's and Iraq's support for Kurdish rebels - but only on each other's territory.

An alternate map of Ahwaz, more compact but extending deeper into the interior. (Also from the National Assembly of Ahwaz website)

Khuzestan's Arabs ultimately were pawns in Saddam's attack on Iran in 1980, which he thought would be a 'Whirlwind War' that would secure him the control over the Shatt-al-Arab, all the oil in Khuzestan and, finally, the coveted mantle of undisputed leadership over the Arab world. In fact, the war, which lasted until 1988 and cost the lives of over a million soldiers and civilians, ended in stalemate and proved the beginning of Saddam's endgame.

The Ahwazi Arabs have since staged a few more revolts – the last in 2011, echoing Arab Springs elsewhere in the region. But they remain firmly lodged in Iran, even though they have this map to dream of. Although Khuzestan province itself only is roughly the size of West Virginia and only extends along no more than 100 miles of the Gulf coast (east of the Iraqi port of Faw), the map of Ahwaz makes the most of those roaming Arab pastoralists – landlocking Iran and finally turning that contested body of water from a Persian into an Arab Gulf.

How distant is that dream? As ever, events outside their control will determine whether Ahwaz will remain a phantom emirate or become a real one.