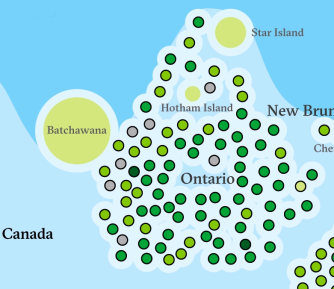 Your own private island

An island is a whole world in manageable miniature. That’s why in fiction, they’re the ideal setting for controlled experiments, be it in political philosophy (Utopia), platitudinous piracy (Treasure Island) or problematic paleogenetics (Isla Nublar).

Real islands too kindle the imagination. You don’t need to be a cartography buff, but it helps. Either way, whether traced on a map or visited in person, there’s something irresistible about the arbitrary confines of an island. Is it the promise of solitude, the potential for peace of mind?

Perhaps it is the illusion that you are World King, even if that world can be circumambulated in an hour. For some, however, that illusion comes with a very tangible attribute – a title deed. 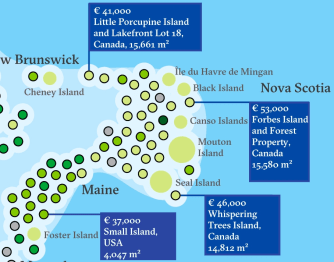 Where are the oligarch islands?

Scattered around the world are islands small enough (or with owners rich enough) to come with a ‘keep off’ sign; these are essentially private yachts permanently anchored to the ocean floor, isolated from the rest of us by the water that laps their shores. This map shows a fair selection of these private islands, fringing the coasts of the world’s continents.

Some coasts more than others, though. The map’s legend conveniently covers Eastern Europe, Russia and China. Does the legacy of communism mean these countries frown upon oligarchs owning entire islands?

Conversely, there are clearly a number of private island hotspots around the world: 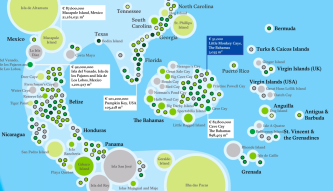 Putting the Bahamas on the map 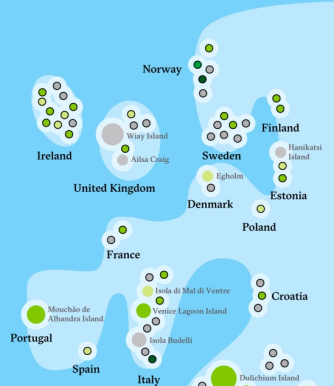 Who wants to own a piece of Venice?

Feature from the Venice lagoon

Greece abounds in private islands. Turkey only has a few – including the prison island housing PKK leader Abdullah Öcalan 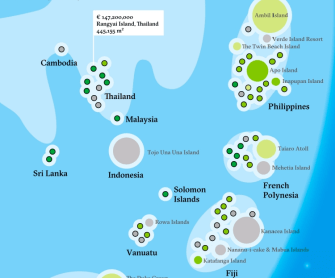 An overview of some of the private islands in Asia/Pacific, including the most expensive one on the map: Rangyai in Thailand

On the other hand, if you do have the do re mi, here’s where you could spend it on:

As mentioned, the map is a few years old. But don’t worry, there are still islands for sale. Hen Island, Ontario can be yours for under $26,000. At the other end of the spectrum, Rangyai is still for sale. Same price (or best offer). 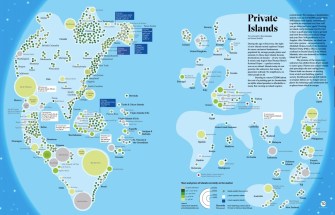 The world’s private islands are unevenly distributed. Africa and the former communist bloc are underrepresented on this map

Research shows that those who spend more time speaking tend to emerge as the leaders of groups, regardless of their intelligence.
Up Next
The Present

Should politicians, en masse, do ‘shrooms?

Just for giggles, would it be a good idea to have our leaders take shrooms?