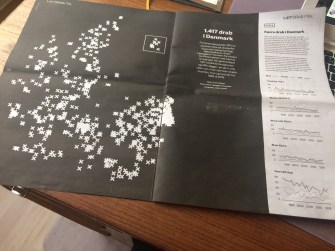 Scandinavians love bloody murder. On their tv screens at least: if they’re not binge-watching the latest, locally-sourced Scandi noir crime thriller, they’ll happily re-watch Morse, Vera, Barnaby, Taggart or any other of the mostly British (and strangely often mononymous) homicide procedurals clogging up all channels, any day of the week.

That massive, if passive, interest in killing must somehow serve as an antidote for its active pursuit, because the Nordics are among the least murderous countries worldwide.

With murder rates this low and home-grown crime dramas as popular as they are, it could be argued that there are more fictional murders on screen in the Nordic countries than actual ones. It’s certainly true that the actual murders – outshone and perhaps outnumbered by their fictional counterparts – get less attention. 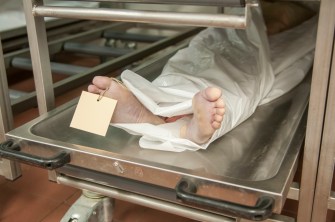 Enter Asser Hedegård Thomsen from the Institut for Retsmedicin (Institute of Forensic Science) at Aarhus University. He is conducting the first comprehensive analysis of Denmark’s murder statistics since the early 1970s. For his Ph.D. thesis, to be completed next year, he has spent five years examining each and every one of the 1,417 murders committed in Denmark in the quarter century from 1992 to 2016.

Why? “When autopsying a murder victim, forensic scientists use their own knowledge of previous cases to reach their conclusions. My analysis is helpful because it is objectified information, extending beyond personal knowledge”, Hedegård Thomsen told the Danish newspaper Dagbladet Information, which devoted an entire supplement to his findings.

But there is also a broader, societal value in a close reading of all those autopsy reports, the paper editorialises: “Even if murder is relatively rare here (in Denmark), it remains the ultimate crime against society, and the one that is punished most severely. That’s why knowledge on this topic is so relevant: if murder is to be discussed, prevented or legislated on, it’s important to do so based on facts.” 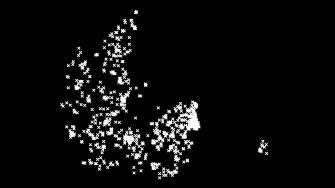 More chilling than ‘The Killing’: a real-life murder map of Denmark.

So, what does murder in Denmark look like? According to this map, one X for the location of each murder, a lot like Denmark itself.

Murder density is highest where most people live: first and foremost in the capital, Copenhagen (the white blob, bottom right). Odense (middle, bottom) is also easily visible. Smaller areas of overlapping crosses correspond to other Danish cities such as Esbjerg, Aarhus and Randers.

But killing happens in enough places for the geographic outline of the entire country to become visible. The densely populated islands of Sjælland (on which Copenhagen is located), Fyn (Odense) and Lolland can be clearly discerned. A few murders in Skagen, the northern tip of Jutland, help identify the Danish mainland.

One isolated cross north of Odense seems to indicate a solitary murder on the small holiday island of Samsø. The bunch of x’es to the right represent the island of Bornholm, at greater distance from the rest of Denmark, halfway between Sweden and Poland. 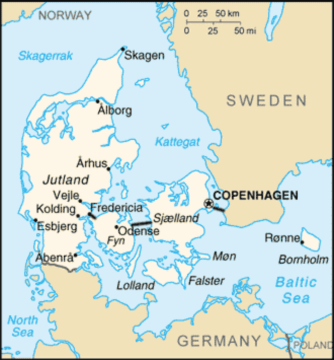 For reference, an actual map of Denmark

Perhaps more interesting to coroners (and legislators) is the study’s typology of violence and victims.

Stabbing was the most frequent cause of death (33.2%), followed by shooting (22.2%), blunt-force trauma (21.9%) and strangulation (17.6%). Since most murders happen at home, Denmark’s favourite murder weapon is the kitchen knife. Access to guns is strictly regulated in Denmark, otherwise death by gunshot would probably be the larger category.

Familiarity breeds contempt – and worse: 44% of all killings happen within families. No less than 77% of all female murder victims die at the hands of a relative, and just 24% of men. Spousal homicide is the biggest single subcategory of all murders (26.7%), and 79% of its victims are women. In fact, more than half of all female murder victims are killed by their (former) significant other. For men, that figure is just 9%.

The second-largest category are drink- and drugs-related murders. Here, 97% of the victims are male. Gangland killings and other crime-related murders – which receive wide media attention – are a distant third.

Three out of four murders take place at a home (rather than out on the street), two-thirds occur between 6 pm and 6 am, and most happen on a Friday or Saturday. Monday is the least lethal day of the Danish week. 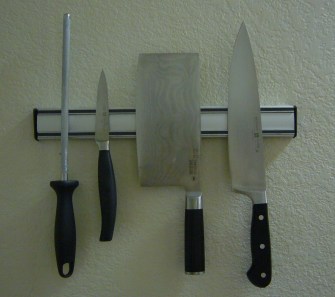 Line up the usual suspects…

Based on the 1,417 murder cases in Denmark from 1992 to 2016, Mr Hedegård Thomsen has established three profiles for the ‘ideal’ Danish murder victims.

While studying a quarter century of murder must have made for much grim reading, even in a relatively peaceful society like Denmark, there is at least one positive conclusion: the murder rate is dropping to ever lower levels. The annual figures zig and zag up and down, but the trend line goes from just under 80 murders in 1992 to just over 40 in 2016.

This may partly be the result of better care and, thanks to mobile phones, faster reaction times. But other factors may be at work. Perhaps, if the quality of fictional murders on Danish tv keeps increasing, it will be much harder to spot the country’s outline on the homicide map of the next 25 years.

Being mortal makes life so much sweeter.
The Past

A 2020 study has revived a longstanding controversy over Christopher Columbus’ claims of marauding cannibals in the Caribbean.
Hard Science

Even the most unorthodox posthumous plans have their own historical, spiritual, and scientific significance.
Up Next
The Present

The next clean energy source? Snow.

Researchers from UCLA invent a device that generates electricity from a rather unusual source.