Oslo to Copenhagen, the world's next megacity? 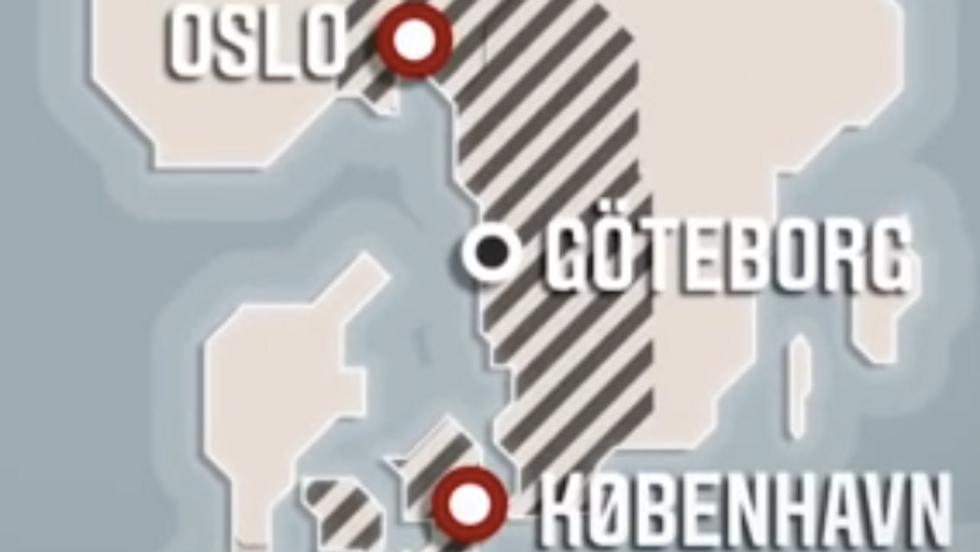 Picture a megacity of about 8 million. You're likely thinking of a place like London, Kinshasa or Rio de Janeiro. An urban jungle: teeming, chaotic and vibrant. Not the green and pleasant, but frankly rather empty Oslo to Copenhagen corridor.

A future megacity? The Oslo-Copenhagen corridor in a European context.

Yet that corridor is the most densely populated stretch of Scandinavia [1], home to 8 million of the region's 20 million people. An ambitious plan aims to link up its cities, medium-sized by global standards, across three different countries to form a single megalopolis - '8 Million City'.

The glue that will hold this megacity together? A high-speed train link that should reduce rail travel time between Oslo and Copenhagen from 7.5 hours today to 2.5 hours by 2025.

After crime fiction and maternity leave, is mega-urbanism the next discipline for which Scandinavia will set the global standard?

According to the project's website, its aim is to make “this region one of the world's most competitive”. Norway, Sweden and Denmark already score high for workforce quality and economic innovation, but next-level development is hampered by the demographic dispersal in small, relatively isolated urban centres. “In a world where regions increase in size to attract talent and be more competitive globally, this is a challenge”, the website continues.

Screen grab from a promotional video for Scandinavia's 8 Million City. Looks a lot more convincing than the thin sliver of population density on the map shown above.

Hence 8 Million City, a cross-border region that will interconnect regional talent, powering the knowledge-based economy of the future. Which will also be green and diverse. Obviously.

The project is partnered by 14 local and regional authorities and government agencies for each of the three countries involved, and co-funded by the European Union, which is just crazy about these cross-border initiatives [2].

The megacity will have global resonance. Or so the concentric circles on this map seem to prove.

Jewel in the crown of this megacity on the hill is the so-called høyhastighetstog (HHT), Scandinavia's version of the high-speed trains that are racing through France, Spain and Germany.

The first and main precondition for the HHT to start regular service in 2025 is to get all relevant governments, industries and citizens behind the scheme. That first hurdle might be the most difficult one – as shown by the ongoing tug of war in the UK over HS2, the planned extension of high-speed rail from London to Birmingham, and beyond.

But 8 Million City seem to have their ducks in a row. The website overflows with data and trivia supporting the case for the HHT by demonstrating the viability and benefits of high-speed rail elsewhere:

Like many other future utopias, 8 Million City offers a vision of glittering promise, but seems utterly reasonable and feasible. The figures in the plan sound convincing. And there are maps! The cartography is simple, yet so convincing that the plan's next step – 12 Million City, the extension towards Stockholm – seems all but inevitable.

The Os-Ko-Sto triangle: cornerstones for a world-class megacity of 12 million?

Many thanks to Mikkel Steen Birkedam, a Danish immigrant in Oslo (and thus able to go home by train in under three hours - if he stays for another 11 years). Check out the website for 8 Million City here.

[1] Scandinavia and the Nordics are two geographical terms often confused with each other.

The former concept only covers Norway (5.1 million inhabitants), Denmark (5.6 million) and Sweden (9.6 million). From the mid-19th century, there was a 'Pan-Scandinavian' movement, but there is no official body uniting the three countries, two of which are part of the European Union (Norway is not).

The term 'Nordics' also includes Iceland (0.3 million), Finland (5.4 million) and various autonomous dependencies (Finland's Åland Islands, and Greenland and the Faroe Islands, both Danish). A Nordic Council provides a framework for cooperation between the member states that includes a common labour market and free movement among member states. The three Baltic states are observers, and there is talk of Scotland joining if it votes for independence later this year. ↩

[2] Because they transcend the still purely national reflexes of industry, academia and civil society, proponents say (see #86). Because they aim to destroy the nation state as the self-evident basis for governance across the EU, its opponents claim (see #163). Why can't both be right? ↩