Build Your Own Poland

A crowd-sourced map suggesting the 'ideal' borders for a country that has had so many different ones. 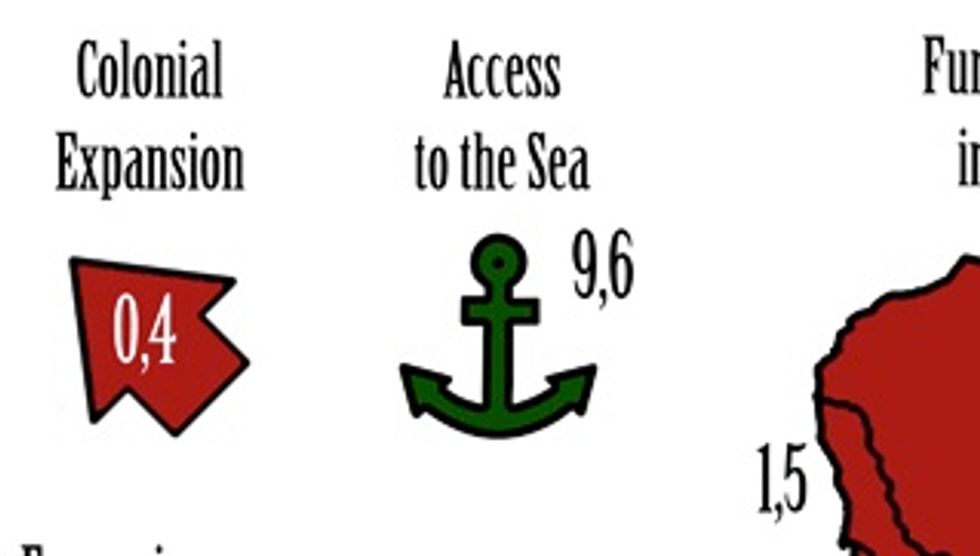 This map shows a patchwork of territories in a constellation vaguely recognisable as interbellum Poland [1], but with added padding. These extra territories allow the respondents to decide which ones should or shouldn't become (or remain) Polish. For this map is the result of a survey among the mapmaker's peer group of allohistory buffs, and some real-world statistical analysis.

The question of the Optimal Borders Map Survey was: Which territories depicted here do you consider essential components of a Polish state?

Although most (if not all) of the territories shown here at some point in history were under Polish control, it should be remembered that borders in this part of the world have been extremely volatile, and during the period after World War One exceptionally so [2]. Contributing to the post-war chaos was the fact that the rising tide of nationalism proved divisive in a region that was ethnically much less homogenous than it is now: large numbers of Germans, Jews, Ukrainians, Lithuanians, Belarusians, Ruthenians and other nationalities shared these lands with the Poles, who were a majority in most, but not all of the territories shown here.

So: what would an ideal Poland have looked like? That depends on your definition of ideal, of course: the best borders from a military/strategic point of view? From an economic/industrial standpoint? Or should one opt for the most ethnically homogenous territory? Or perhaps choose borders grounded in the history of the Polish-Lithuanian Commonwealth?

The end result looks like a heat map of Poland, with the cool dark greens of the central area denoting 'most optimal' Polish territories, the warmer yellows towards the periphery being 'less optimal' and the fiery reds along the edges 'least optimal'. The number in each territory is the composite score out of 10, with 0 reflecting a total rejection by all respondents, and 10 unanimous inclusion in an 'optimal Polish state'.

Arrows and a few symbols towards the edges of the map provide a few other options, all of which receive scant support [3], except one: Access to the sea (9.6).

The 'most optimal' territory is a large, central swathe of Poland (10.0), the 'least optimal' one is Subcarpathian Ruthenia (0.1), which has the distinction of being the tail that fell off Czechoslovakia to become an independent state for no longer than one day [4].

The biggest discrepancy between the outer borders of 'potential Poland' and the resultant 'optimal Poland' is towards the north, where northern East Prussia, Memel and most of Lithuania are coloured red, and towards the east, now part of Ukraine, Belarus and Russia respectively. What shines through, are the northern and eastern borders of interbellum Poland - give or take a plebiscited area or two [5].

There is less trepidation about including the lands to the west, in the balance between the Polish core and Germany - including the industrialised region of Upper Silesia. Towards the south, only Spisz and Orawa constitute two tiny flecks or red, rather seen outside than inside Polish borders.

The Optimal Borders Map Survey produces a fascinating result, a crowd-sourced composite picture of Polish borders. That picture is not a the result of a consensus, but an average of a range of opinions, some widely differing. The intricacies of those opinions are discussed, and more maps shown, at the relevant forum page at www.alternatehistory.com.

This map found here on its creator Magnificate's page on Deviantart. The survey sheet, with the territories numbered and named, found here.

[5] The southern half of East Prussia is included in Poland. The area voted in a plebiscite in 1920 to remain in Germany, a result contested by Polish nationalists. ↩