520 - Taftography, or: a Conventional Portrait of the Candidate 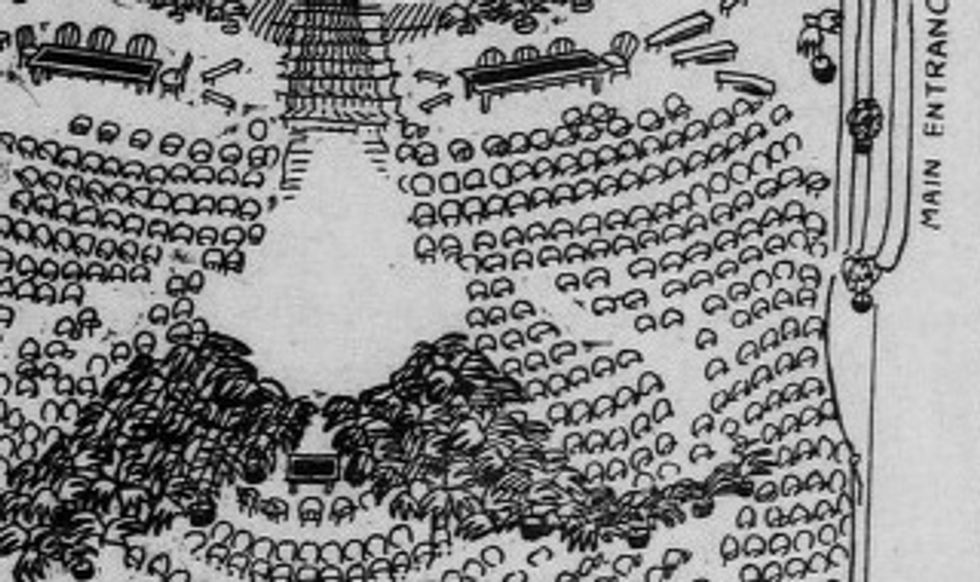 “We are the mediocre presidents.

You won't find our faces on dollars or on cents!

Caretaker presidents of the U-S-A!”

The Mediocre Presidents song from The Simpsons doesn’t mention William Howard Taft (1857-1930) [1]. Maybe Taft’s achievements as 27th President of the United States (1909-1913) were too forgettable even to be mediocre. Taft himself seemed to think so.

If he is remembered at all, it is for two things: Taft was the fattest President ever, so fat that he once got stuck in the White House bathtub [2]; and he was the only person to be both President and Chief Justice (1921-1930). “I don’t remember that I ever was President,” Taft reputedly said while in the latter job.

High office came natural to Taft, as the scion of a Republican dynasty [3]. His father was Alphonso Taft, Secretary of War and later Attorney General under President Ulysses S. Grant [4]. After a brilliant education and a meteoric rise through the judiciary, William Taft was appointed Governor-General of the Philippines (1901-1903), a position in which he proved effective, humane and popular.

President Theodore Roosevelt subsequently made Taft Secretary of War (1904), Civil Governor of Cuba (1906), supervisor of the Panama Canal construction (1907), and even acting Secretary of State.

When Roosevelt decided against running for a third Presidential term in 1908 [5], Taft seemed like a natural choice - except to Taft himself; he had consistently expressed a desire to become Chief Justice of the Supreme Court instead. But Roosevelt swayed Taft, and his Republican ticket easily defeated William Jennings Bryan, the Democratic three-time presidentical candidate.

This map shows the [f]loor plan of the Republican convention as it looks to-day. Buoyed by the continued popularity of his anointer, Roosevelt, Taft’s nomination by the Republican National Convention in ‘08, held at the Chicago Coliseum, was a shoo-in.

The party’s unanimity is illustrated by this cartoon, published on the front page of the Chicago Examiner on 8th June 1908. It shows the Convention’s material implements coming together to compose Taft’s rounded face, symbolising the inevitable purpose of the meeting: to transform the aspiring candidate into the party’s official nominee for the Presidency.

Rows and rows of delegate seats compose the major part of the candidate’s face, empty spaces suggesting such elements as the nose and the eyelids; the eyes themselves are cleverly hinted at by strategically placed committee tables. Heavy bunting forms the eyebrows, prominently, and several chins to the south of the Coliseum, somewhat less prominently. Between these chins and the moustache, shaped by plants, the arc of a seated orchestra suggests a smile on Taft’s face.

A horse-drawn carriage and an early motorcar trundling past on Wabash Avenue, to the right of the caricature, reinforce the idea that this is a schematic of the Convention as well as a smiling face.

Maybe it's the eeriness of that smile, but Taft’s face is somewhat reminiscent of Stalin’s countenance, which in decades yet to come would smile down benevolently on millions of terrified subjects. But that is an observation with the benefit of hindsight; in 1908, Stalin was a mere low-level revolutionary in Czarist Russia. It is also contrary to Taft’s character, who would prove much less media-savvy and, ironically, positively self-effacing compared to his boisterous predecessor.

Once elected, Taft approached the job of chief executive with the mind of the chief justice he later would become. He believed the primacy of the law and the inviolability of the judiciary were the supreme instruments of government. In an attempt to prove this, he launched dozens of trust-busting lawsuits at home and several international treaties to  promote world peace. He was, however, no Teddy Roosevelt. Taft gradually managed to alienate every segment of his popular predecessor’s broad base. In the end, he even antagonised Roosevelt himself.

But when Roosevelt declared his intention to run for President in 1912, Taft did manage to retain the Republican party’s support. Forced to run as an independent, Roosevelt lost. But so did Taft - and in an even worse way. He was the only incumbent President ever to finish third in the Presidential race. The split in the Republican camp handed the victory to the Democratic candidate, Woodrow Wilson.

And yet, William Howard Taft perhaps deserves a kinder view than the lows in his biography suggest. This Top Ten of Taft’s quotes, in no particular order, shows him as a man of modern, modest sensibilities, some of which so modern that they now sound superannuated:

Many thanks to Gary Ashwill for sending in this map (sourced here at the Chicago Public Library's Chicago Examiner 1908-1914 archive). Mr Ashwill also discusses the map at agate type, his blog about the history of baseball in general, and of African American and Latin American baseball in the days of segregation in particular. Turns out President Taft inaugurated the tradition of the President throwing out the first ball on Opening Day.

[1] The song was included in episode 9F13 (first aired 18th February 1993, season 4). However, Taft is referenced a few times in The Simpsons, most notably as the paramour of Montgomery Burns’s mother (in episode 3F14, first aired 25 February 1996, season 7). Yes, there’s someone out there tallying all the cameos of American presidents on The Simpsons.

[2] Taft’s weight while President hovered around 300 pounds (136 kg). The bathtub was replaced by one large enough to fit four normal-sized adults.

[4] While at Yale, Alphonso Taft co-founded Skull and Bones, the secret society that would go on to include many future industrialists and politicians of repute, among whom three US presidents: Alphonso’s son William, and both presidents Bush.

[5] Only in 1951, after it was ratified by the requisite number of states, did the 22nd Amendment set a two-term limit on anyone’s eligibility to the Presidency.