The Genetic Map of Europe 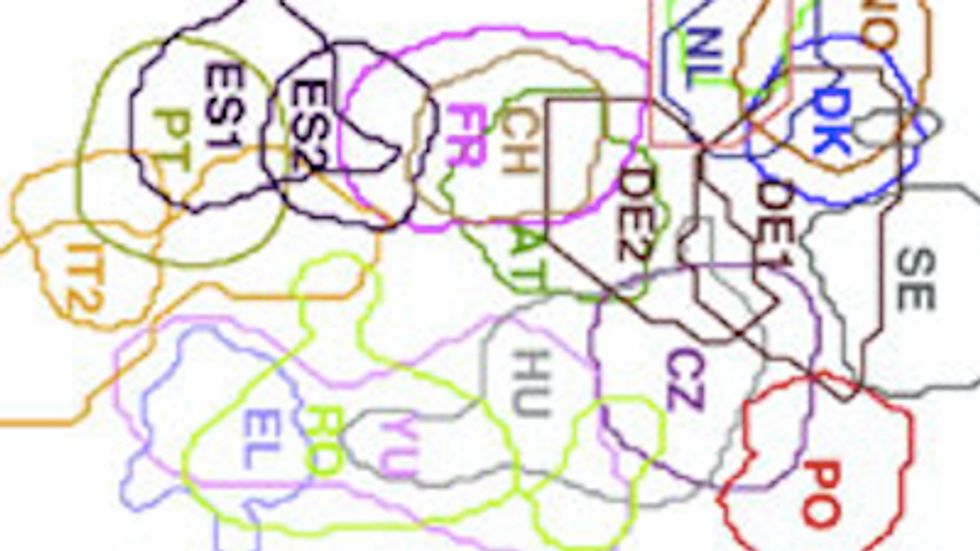 Genetically speaking, Finns and Italians are the most atypical Europeans. There is a large degree of overlap between other European ethnicities, but not up to the point where they would be indistinguishable from each other. Which means that forensic scientists now can use DNA to predict the region of origin of otherwise unknown persons (provided they are of European heritage).

These are among the conclusions to be drawn from a genetic map of Europe, produced by the Erasmus University Medical Center in Rotterdam (the Netherlands), published in the August 7, 2008 issue of Current Biology. In its Science section, the New York Times devoted an article to the study, reproducing the genetic map.

The discovery that autosomal (i.e. non-gender-related) aspects of DNA may be used to predict regional European provenance of unkown individuals was made by prof. dr. Manfred Kayser’s team of forensic molecular biologists. In a press release, the Erasmus UMC stated that this might potentially be helpful in resolving so-called ‘cold cases’.

The genetic map of Europe was compiled by comparing DNA samples from 23 populations in Europe (pictured on the right-hand side map).  Those populations were then placed on the ‘genetic’ map according to their similarity, with the vertical axis denoting differences from south to north, and the horizontal one from west to east. The larger the area assigned to a population, the larger the genetic variation within that population.

When compared to the actual map, the populations kinda sorta maintain their relative position to each other. Two observations spring to mind immediately: the fact that most populations overlap so intimately with their neighbours. And that Finland doesn’t. Some other observations:

Many thanks the many people that sent in this map.