Ever since the federalisation of the country from the Seventies through the Nineties of the previous century – basically in two halves that correspond with the aforementioned cultural divide, although the institutional reality is much more complicated – two ‘sub-nations’ have formed that keep drifting further away from each other.

It’s often said that Belgium would have split up by now if it wasn’t for the seemingly intractible situation of Brussels, officially a separate, bilingual enclave surrounded by Flemish territory. Historically Flemish, the city is now de facto Francophone (at least 80%). But it’s also home to many international institutions, and is considered the Capital of the European Union.

Flemings have always been loath to let go of Brussels, which they see as historically ‘theirs’. This attitude has been changing, and for many Flemings, the end of Belgium is thinkable without them holding on to Brussels.  So what would happen is Belgium should cease to be? There is a limited number of realistic scenarios. Here is an overview, compiled at http://home.online.no/~vlaenen/flemish_questions/quste27.html .

a) independence for Flanders and Wallonia, Brussels an integral part of Flanders. 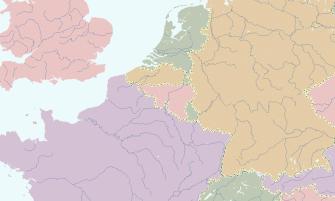 One could say this is the ‘maximalist’ position of those wishing for Flemish independence. This option implies that Brussels integrates into Flanders – which is not very likely, given the totally different cultural, geopolitical and linguistic outlooks of both entities.

b) Independence for Flanders, Wallonia and Brussels. 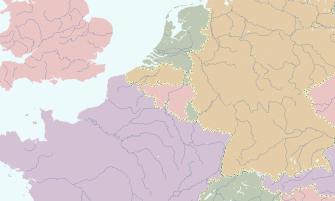 This would appear to be the most logical outcome of any Belgian separation – at first, anyway: and independent Flanders, an equally independent Wallonia, and Brussels as an independent entity, possibly as a kind of European equivalent to Washington’s DC status, and possibly with institutional links to Wallonia (and, less likely, to Flanders). 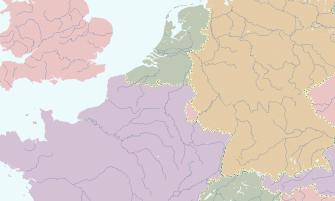 Joining the Netherlands (with which Flanders shares language and, to a lesser extent, culture) has never been a popular option in Flemish nationalist circles – because of the cultural differences, and the perceived incomprehension and lack of support for the Flemish ’cause’ in the Netherlands. But it could prove to be a popular cause after Flemish independence, which would leave the Flemings with a very small state.

A similar story south of the language frontier. ‘Rattachisme’ (the political movement proposing the ‘re-integration’ of Wallonia in France) is an extremely small movement in Wallonia at present, but could surge in case of a Belgian break-up. It is interesting to note that, although Walloons share language and culture with France, they have rarely been part of France – except for Napoleonic times, when that fate also applied to the whole of the Low Countries, even up to Bremen in the North of Germany.

Strictly speaking, this political movement should therefore be called ‘attachisme’. In this scenario, Brussels could be a co-dominion of the Netherlands and France – much like Andorra is co-governed by Spain and France.

Climate activists’ brand of iconoclasm is far removed from the Beeldenstorm that swept medieval Europe.
Up Next
Strange Maps