The psychological ‘secret weapon’ England used in the 2018 World Cup

In the 2018 World Cup, England's team was aided by an unconventional team member: a psychologist who equipped players with tools to navigate the mental and emotional sides of the game. 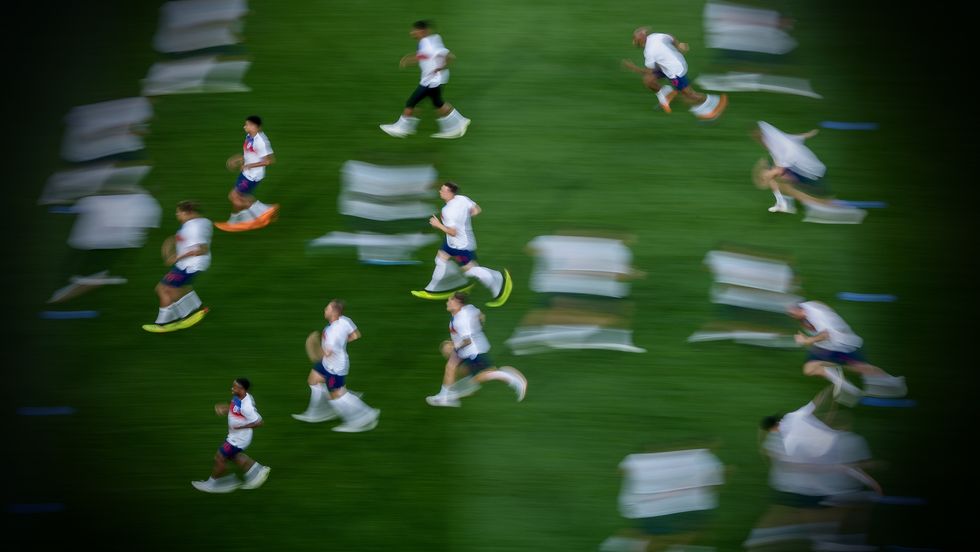 England will not win the 2018 World Cup after all. But despite a loss to Croatia, this year’s team deserves applause, as The Guardian put it, after earning a spot in the semifinals in the face of less-than-optimistic expectations. This year’s team was different than past clubs—younger, less storied, and ultimately more victorious. But what was perhaps most unique was the team’s in-depth experiments with an unconventional tactic: integrated sports science.

In late 2017, the FA hired psychologist Pippa Grange as Head of People and Team Development. The 47-year-old naturalized Australian, a former athlete who graduated from Loughborough University with a degree in sports science, was tasked with transforming the club’s culture and equipping players with psychological tools to help them better navigate the mental and emotional aspects of the game.

“There is a dawning understanding that it will take more than the carrots or sticks to get people to keep performing and to keep striving for excellence,” Grange wrote in her book Ethical Leadership in Sport: What’s your Endgame? “Athletes, like everyone else, want something to believe in, a vision that they can invest in and an organisation that they are proud to belong to.”

The players, who in the past were only offered access to a team psychologist if they requested it, seem to have embraced Grange’s views on sports culture.

“She’s an amazing person,” England midfielder Dele Alli said on Monday. “Everyone listens to her when she talks.”

Grange doesn’t just instruct players, though, but also encourages them to get to know each other rather intimately. In small groups, the players shared life stories, anxieties and ambitions, with the goal being, as team manager Gareth Southgate said in a profile on Grange from The Guardian, to make “them closer, with a better understanding of each other.”

It seems to have helped.

“We’ve spoken to the players about writing their own stories,” Southgate told The Guardian. “Tonight they showed they don’t have to conform to what’s gone before. They have created their own history… We always have to believe in what is possible in life and not be hindered by history or expectations.”

Grange has also encouraged the players to put down their smartphones and play games with each other instead; limit their use of alcohol and social media; complete daily wellness questionnaires; and use individually tailored visualization strategies to score during penalties.

In a 2013 article, Grange wrote that she’s interested not only in the wellbeing of a sports team, but also in how a team’s ethos impacts the broader culture.

“For me, sport is a gift; an opportunity that we can choose how to use as a means of cementing our values—national and personal. If it showcases national identity, what do we want to showcase? What commitment does each of us make to representing, evolving and renewing that identity? If it is a deep part of our lifestyle, how will we continue to invest and protect that lifestyle? One thing is for sure—it won’t happen without our intent.”

Here are some of the tactics encouraged by Grange.

Stay motivated in the face of challenge

In her 2005 thesis titled The Stress Is Unbearable; I Hope It Lasts, Grange wrote about how athletes can use various tactics to shift to preferred “states” and “frames” of mind when under pressure.

“Using the tenets of reversal theory and metaphors (such as the pendulum swinging both away from and towards the preferred state) may give the athlete a sense of optimism that a shift does not necessarily equate to a catastrophe, and the preferred state, if lost, will be available again.”

A preoccupation with success can be unhealthy if it leads one to avoid the possibility of failure, according to Grange.

“It’s a funny paradox,” she once wrote. “Our successes are achieved through trying, and trying most often ends in failure. Every day in our general lives and our sporting lives we will win some and lose some; it’s just part of the way life should be. It could be missing out on a promotion, being pipped at the line in a running race or bombing out in an exam—it doesn’t matter—the important lesson is to learn from our failures, reassess, rethink, move forward (sometimes in a different direction) and keep those dreams and goals alive.”

As Southgate said, there’s no reason to be “hindered by history” once you understand that you can control how emotions are framed. A good example comes from the midfielder Dele Alli, who told reporters he was “excited, not nervous” about upcoming matches.