Psychology Tells Us There Are 2 Kinds of Politically Correct People 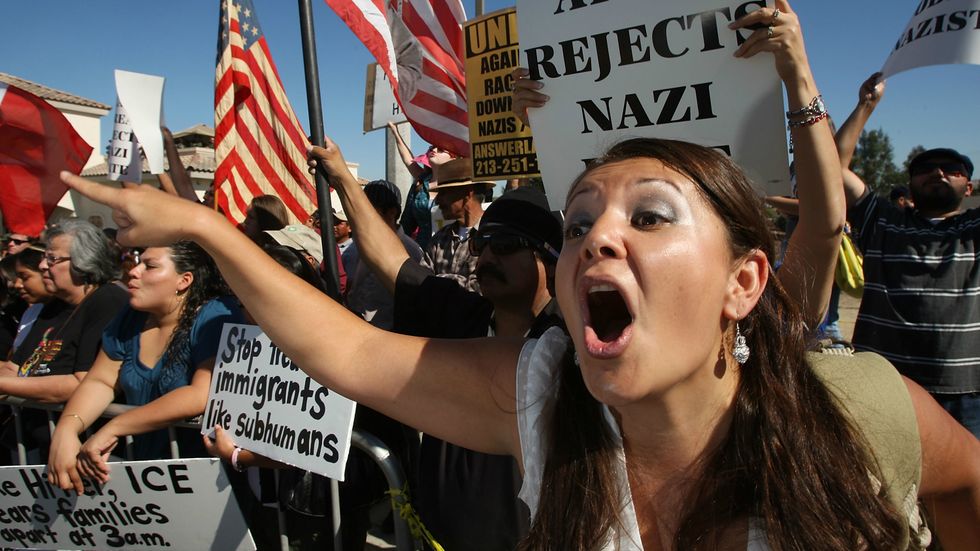 The idea of political correctness is ubiquitous, lurking beneath virtually all of public conversation. Even people who strongly oppose it are just as aware, if not more so, of its presence and ever-changing boundaries. Still, the question that remains largely unanswered is: Who exactly are the politically correct?

That’s the focus of a recent study conducted by Jordan Peterson and Christine Brophy of the University of Toronto’s Department of Psychology.

Peterson and Brophy created a 192-item survey that measured PC-related language, beliefs and emotional sensitivity. The survey was completed by 332 participants, who also responded to questionnaires that measured personality, IQ, and disgust sensitivity.

Beyond that, Peterson and Brophy suggest politically correct people fall into two main groups: PC Authoritarianism and PC Egalitarianism. Here’s how they distinguish the two, in part:

One of the most interesting things about the findings is the personality overlap between PC Authoritarians and right-wing authoritarians. Scott Barry Kaufman, scientific director of the Imagination Institute and a researcher and lecturer in the Positive Psychology Center at the University of Pennsylvania, explains:

A common finding in the psychological literature is a positive association between conservative belief and sensitivity to disgust. In the current study, contamination disgust and the order and traditionalism dimension were all related, suggesting a greater similarity between PC-Authoritarians and Right-Wing authoritarians than either side would probably like to admit!

Authoritarianism on both sides of the political spectrum is commonly associated with an outlook that perceives the world to be a threatening place. The researchers suggest this outlook might explain why PC Authoritarians feel a need to protect themselves and others from material they consider offensive. Peterson also thinks high levels of compassion can lead to authoritarian stances.

Compassion is widely understood to be an evolutionary adaptation that facilitates the mother-child bond. For instance, a mother bear feels compassion for her cubs because, for them, the outside world is full of threats from which she’s compelled to protect them. This type of compassion serves a clear purpose. But what happens when people with high levels of compassion try to map this trait onto larger society, not just onto family members? Peterson elaborates on this idea in the video below:

Check out some of the questions listed on the survey below:

The quality of social services available to this country’s citizens has remained the same, despite refugees/immigrants entering.

Refugees/Immigrants are as entitled to subsidized housing or subsidized utilities (water, electricity) as this country’s “poor” citizens are.

The values and beliefs of refugees/immigrants regarding family issues and socializing children are basically quite similar to that of citizens of this country.

2. Biological-Cultural Based Differences (.60) (PC-Egalitarians rank those as rooted in culture)

Rate the degree you think each of the following facts is a biological or cultural phenomenon:

Women are on average more agreeable and nurturing than men.

On average, individuals who identify as “white” score higher than those of African ancestry on IQ tests.

Rate the degree you think each of the following facts is evidence of an unjust system:

Only 5% of the Fortune 500 companies have women as CEOs.

There have been no Black prime ministers in Canada or the UK, and the United States has only had one Black president.

Only 8% of registered nurses in the United States are male.

Do you believe the works in these categories should be screened for offensive, racist, sexist, or otherwise discriminatory language and/or ideas?

Students should be allowed to request a safe space when material on campus makes them uncomfortable.

Businesses should be required to provide safe spaces for employees.

Feathered headdresses should be banned from music festivals.

White people should not wear their hair in cornrows or afros because it is cultural appropriation. The Rijksmuseum employed an AI to repaint lost parts of Rembrandt's "The Night Watch." Here's how they did it.

If something is "true," it needs to be shown to work in the real world.