Scientists may have found a reliable way to use a bacterial enzyme to convert any type of blood into type O, which is compatible with nearly everyone. 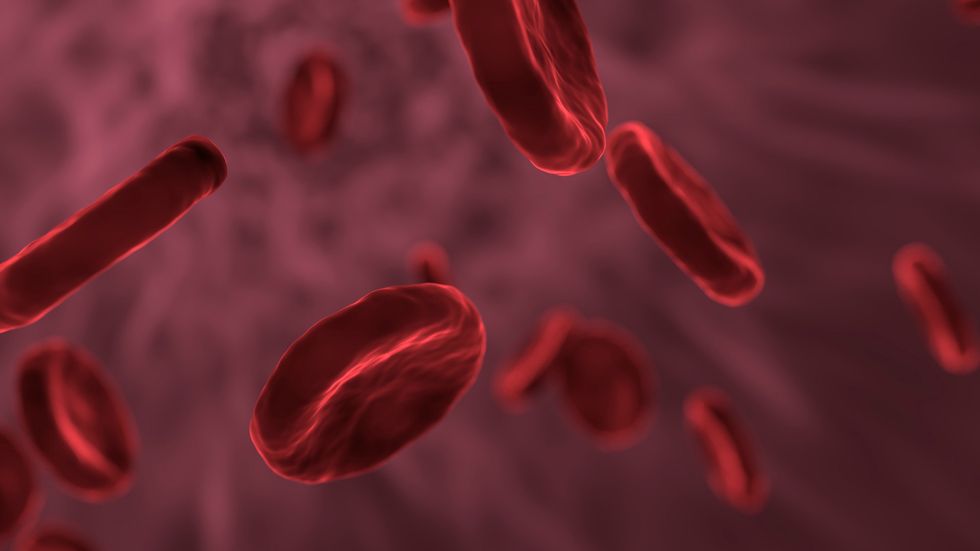 Scientists may have found a reliable way to use a bacterial enzyme to convert any type of blood into type O, which is compatible with nearly everyone.

At the 256th National Meeting & Exposition of the American Chemical Society, a team of researchers from the University of British Columbia described how they were able to use enzymes derived from bacteria in the human gut to remove markers called antigens from AB, A and B blood, effectively turning the blood into type O.

There are four basic types of blood groups: AB, A, B and O.

Someone with type A blood can’t receive type B blood, and vice versa. That’s because the body will produce antibodies to attack red blood cells with antigens that don’t match its own. However, people with type AB blood are able to receive any type of blood because their red blood cells have both A and B antigens, so their bodies won’t produce antibodies. These people are called ‘universal recipients.’

Type O is often called the ‘universal donor’ because these red blood cells don’t have antigens. This type, specifically type O negative (which is the true ‘universal donor’), is the most valuable because it can be administered to virtually everyone. That’s why it’s often carried on medical helicopters.

Scientists have long searched for methods to convert AB, A and B blood into type O, but have had little success in developing a reliable and economic solution.

The new approach could change that. It turns out that microbes in the gut are really good at breaking down sugars found on proteins in the intestine. This process is fundamentally similar to removing the sugary antigens found on red blood cells, which is exactly what needs to occur to convert AB, A or B blood into type O.

“I was excited when I found this out—[it meant we might be] able to use microbes to find new [tools],” Peter Rahfeld, a biochemist who conducted the research alongside Stephen Withers at the University of British Columbia, told Smithsonian. “They’re all already in our guts, just waiting to be accessed. There’s so much potential.”

Using a technique called metagenomics, the team was able to take a large amount of microbes from a sample of human feces and “get a snapshot of all the DNA” found in the gut. The team then isolated bacterial genomes from the sample and tested thousands of enzymes, pitting them against sugary proxies that resembled A and B antigens.

One enzyme was found to be particularly effective at stripping away A antigens from red blood cells. What’s more, the researchers were able to combine their new enzyme with one that’s already known to remove B antigens from blood cells, providing a way to convert AB, A and B blood into type O.

At least in theory.

“Even with all these considerations, there are more problems we maybe [can’t anticipate]—we’ll see them when we actually test [the blood in a real body],” Jemila Caplan Kester, a microbiologist at the Massachusetts Institute of Technology, told Smithsonian. “The human body often finds ways to make [our experiments] not work.”

The researchers hope to continue exploring their new approach to blood type conversion in clinical trials. Their approach, if successful, could help alleviate the near-constant shortage of blood around the world.

“The Red Cross escalated its call for blood and platelet donors after a difficult Independence Day week for donations. More than 550 fewer blood drives were organized by businesses and other community groups last week than during a typical week as individuals across the country celebrated the holiday and enjoyed summer activities. This could equate to as many as 15,000 fewer donations than needed, causing donations to now be distributed to hospitals faster than they come in.”

You can schedule an appointment to donate blood by visiting the American Red Cross website.