Are we alone in the universe? New Drake equation suggests yes

A fresh take on the decades-old Drake equation incorporates new factors and greater uncertainty, suggesting a high likelihood that humanity is alone in the universe. 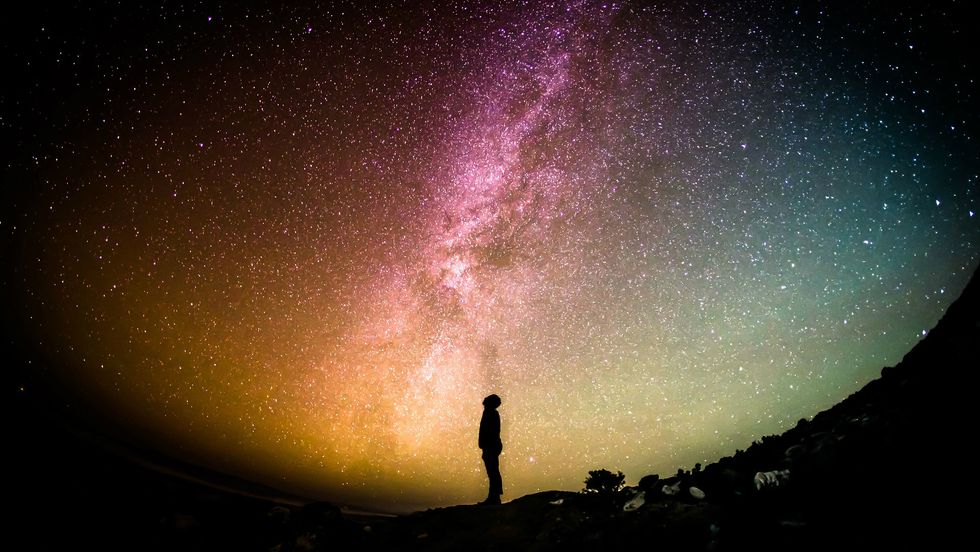 At the Los Alamos National Laboratory in 1950, physicist Enrico Fermi famously posed to his colleagues a simple question borne of complex math: ‘Where are they?’

He was asking about aliens—intelligent ones, specifically. The Italian-American scientist was puzzled as to why mankind hasn’t detected any signs of intelligent life beyond our planet. He reasoned that even if life is extremely rare, you’d still expect there to be many alien civilizations given the sheer size of the universe. After all, some estimates indicate that there is one septillion, or 1,000,000,000,000,000,000,000,000, stars in the universe, some of which are surrounded by planets that could probably support life.

So, where are they, and why aren’t they talking to us?

This is known as the Fermi paradox. It’s based on mathematical ideas like the Drake equation, which was devised to estimate the number of detectable civilizations in the Milky Way. Scientists use the equation by multiplying seven variables, as Elizabeth Howell outlined for Space:

The Drake equation is incredibly speculative, or, as astronomer Jill Tarter once said, it’s “a wonderful way to organize our ignorance.” It remains a puzzling problem.

However, a new paper from scientists at the Future of Humanity Institute at Oxford University provides an updated Drake equation, one that incorporates “realistic distributions of uncertainty” and “models of chemical and genetic transitions on paths to the origin of life.” By doing so, the researchers say they dissolve the Fermi paradox and provide even more reason to think we’re alone in the universe.

The updated equation effectively takes each variable and combines many historical estimates that scientists have used to create an uncertainty range, one that highlights just how much scientists still don’t know, as study author Anders Sandberg told Universe Today:

“Many parameters are very uncertain given current knowledge. While we have learned a lot more about the astrophysical ones since Drake and Sagan in the 1960s, we are still very uncertain about the probability of life and intelligence. When people discuss the equation it is not uncommon to hear them say something like: 'this parameter is uncertain, but let’s make a guess and remember that it is a guess', finally reaching a result that they admit is based on guesses.

"But this result will be stated as single number, and that anchors us to an *apparently* exact estimate—when it should have a proper uncertainty range. This often leads to overconfidence, and worse, the Drake equation is very sensitive to bias: if you are hopeful a small nudge upwards in several uncertain estimates will give a hopeful result, and if you are a pessimist you can easily get a low result.”

After Sandberg and his colleagues combined these uncertainties, the results showed a distribution pattern of the likelihood that humanity is alone in space.

“We found that even using the guesstimates in the literature (we took them and randomly combined the parameter estimates) one can have a situation where the mean number of civilizations in the galaxy might be fairly high—say, a hundred—and yet the probability that we are alone in the galaxy is 30%! The reason is that there is a very skew distribution of likelihood.

“If we instead try to review the scientific knowledge, things get even more extreme. This is because the probability of getting life and intelligence on a planet has an *extreme* uncertainty given what we know—we cannot rule out that it happens nearly everywhere there is the right conditions, but we cannot rule out that it is astronomically rare. This leads to an even stronger uncertainty about the number of civilizations, drawing us to conclude that there is a fairly high likelihood that we are alone. However, we *also* conclude that we shouldn’t be too surprised if we find intelligence!”

Scientists have devised a number of hypotheses to address the Fermi paradox, including ones that argue aliens have never existed; interstellar communication is technologically impossible; aliens are intentionally concealing themselves from us; and, perhaps most disturbing, that all intelligent species end up annihilating themselves before settling other planets.

So, what do Sandberg and his colleagues think about Fermi’s famous question: ‘Where are they?’

They wrote that aliens are “probably extremely far away, and quite possibly beyond the cosmological horizon and forever unreachable,” adding that their distribution shows a 39 percent to 85 percent chance that humans are alone in the universe.

But that’s not to say they think scientists should give up on the search for intelligent alien life.

“What we are not showing is that SETI is pointless—quite the opposite!” Sandberg said. “There is a tremendous level of uncertainty to reduce. The paper shows that astrobiology and SETI can play a big role in reducing the uncertainty about some of the parameters. Even terrestrial biology may give us important information about the probability of life emerging and the conditions leading to intelligence. Finally, one important conclusion we find is that lack of observed intelligence does not strongly make us conclude that intelligence doesn't last long: the stars are not foretelling our doom!”