Nowadays, self-directed learning is less of a cultural curio and more of an economic necessity. New knowledge accumulates so quickly, and industries change so rapidly, traditional education paths can’t keep pace. Unless your specialty is the pottery fashions of Ancient Greece, chances are your diploma is out of date before the ink dries. (Even then, you never know when some newly discovered Pompeii will upend terracotta paradigms.)

Malcolm Knowles was an educator and a champion for adult learning (a.k.a. andragogy). He described self-directed learning as a process “in which individuals take the initiative, with or without the help of others, in diagnosing their learning needs, formulating learning goals, identifying human and material resources for learning, choosing and implementing appropriate learning strategies, and evaluating learning outcomes.”

The habits we’ll discuss here address all these points, but the first step is always to take the initiative.

As Salman Khan, founder of Khan Academy,told Big Think, this isn’t that much different from high school or college learning. “There is this illusion that is created in our classical education system that someone is teaching it to you,” Khan said. “Really, they are creating a context in which you need to pull information and own it yourself.”

The difference is that self-directed learners need to create that context for themselves. They do this by engaging in learning through a growth mindset. Traditional education can inadvertently saddle students with fixed mindsets (i.e., students are either naturally gifted at a subject or not, and their grades will reflect this). A growth-mindset student, on the other hand, knows that improvement is possible, even if it isn’t easy.

If you’re curious, the opposite of a SMART goal is a VAPID one—that is, Vague, Amorphous, Pie-in-the-sky, Irrelevant, and Delayed. Don’t be a VAPID learner. 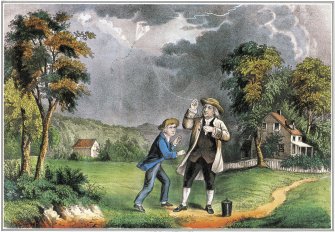 Author Michael Simmons calls thisFranklin’s five-hour rule, and he notes that many of the best self-directed learners use some form of the method. Bill Gates reads roughly a book a week, while Arthur Blank reads two hours per day.

Be sure to spread your five hours throughout the week. Your brain wasn’t designed for cram sessions, and trying to squeeze a week’s learning into one day will ensure you forget a lot of the material. Additionally, our brains’ neural networks need to time process information, so spacing out our learning helps us memorize difficult material more efficiently. 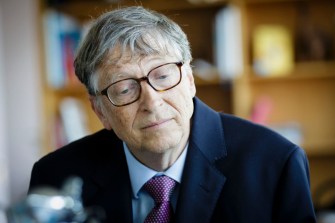 “When you’re reading, you have to be careful that you really are concentrating,”Gates told Quartz. “Particularly if it’s a non-fiction book, are you taking the new knowledge and attaching it to knowledge you have. For me, taking notes helps make sure that I’m really thinking hard about what’s in there.”

In the early 20th century, Italian economist Vilfredo Pareto noticed that 20% of Italy’s population owned 80% of its land. His analysis was later expanded into the Pareto principle (a.k.a. the 80/20 rule). This rule broadly states that 80% of your results will stem from 20% of your actions.

The best self-directed learners use this rule to prioritize their study time. They focus on the 20% of actions that net them the most results. If someone wants to learn to crochet, they don’t need to understand the history of primitive textiles to do that (as fascinating as that may be). They need to invest their learning time at hands-on applications and only use spare time to brush up on nålebinding (again,super fascinating). 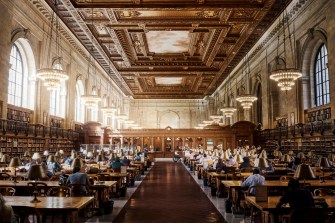 AuthorRay Bradbury couldn’t afford to go to college and instead visited the local library three times a week. He went on to become one of the most celebrated authors of the 21st century.

“A college cannot educate you; a library can educate you,”Bradbury said. “You go to the library to find yourself. You pull those books off the shelf, you open them, and you see yourself there. And you say, ‘I’ll be goddamed, there I am!'”

The traditional education path gives you a very clear motivation: Get a good grade to get a good job. Self-directed learning provides no clear motivation, so you’ll have to create your own.

Entrepreneur Mark Cuban urges people to never stop learning. The near 60-year-old billionaire is currently teaching himself to code in Python. His reason? He believes the world’s first trillionaire will make their fortune with artificial intelligence, and he doesn’t want to be left behind.

“Whatever you are studying right now, if you are not getting up to speed on deep learning, neural networks, etc., you lose,”Cuban told CNBC. “The more I understand it, the more I get excited about it.”

Of course, your motivation doesn’t have to be finding the next million-dollar venture. It could be as simple as expanding your liberal education for self-improvement, learning a new skill set to advance in your field, or simply reading a book to share in conversation with others. Whatever the case, the motivation needs to come from you.

A group of prominent scientists shares how research has changed them.
The Future

Summit Public Schools take a radically different approach to education. And it’s working.
Up Next
Sales

The art of persuasion in sales & marketing is one that has changed significantly in recent years. Rather than trying to make your voice the loudest, basically yelling “look at […]