We all know what IQ is. EQ (emotional intelligence quotient) is understanding and being able to work well with others. Those with a high EQ earn more and may even have better psychological health. That’s because this type of person is great at building interpersonal relationships and social networks.

According to Forbes, those with a high EQ earn on average $29,000 more than those with a low EQ. Every point of EQ added increases salary by $1,300. This holds true no matter one’s industry, position, or region of the world. In fact, the higher up on the food chain a person is, the more important emotional intelligence becomes.

EQ first came onto the scene in a big way in 1995, according to Travis Bradberry, co-author of the book Emotional Intelligence 2.0. Researchers at the time found a mysterious result in a study which they couldn’t account for. Though we’ve traditionally put all our stock in raw intelligence, those with a high EQ and an average IQ outperformed those with a high IQ and average EQ. This occurred 70% of the time, researchers found. 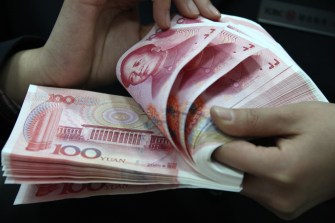 Those with a higher EQ earned more no matter their industry, occupation, or region of the world. Credit: Getty Images.

A German study published in the Journal of Organizational Behavior, examined a particular trait within EQ called, “emotion recognition ability.” This is thought the central characteristic that pushes high EQ employees into the realm of high achievement. Emotional recognition is the ability to notice and understand the emotional states of others.

142 volunteers took part in this study. They were separated into triads. Each unit contained two workers and a boss, to see how they interacted and how well they performed. The result, those with a high recognition capability earned higher salaries, whether a worker or a boss.

“The better people are at recognizing emotions,” authors wrote, “the better they handle the politics in organizations and the interpersonal aspects of work life, and thus the more they earn in their jobs.” Researchers controlled for things like hours worked, experience, education, age, and gender.

Many of the studies available up until now are short-term ones. Joseph Rode at the University of Miami and colleagues recently wrapped up a long-term study, on the effects of EQ in the workplace. They selected 126 college juniors and seniors at the start. Researchers collected data from participants over the course of 11-13 years.

Their hypothesis was that those with a high EQ, even if they failed to possess certain technical skills, could enlist the help of a mentor, gain skills and experience, and move forward more rapidly in their career. A high EQ gave such workers “social capital” to work with. It also allowed them to form strong social networks. Researchers found that those with a high EQ when recognizing another’s emotions, could better regulate their own, in order to communicate more effectively. 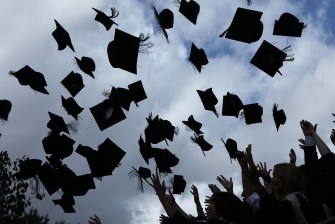 Researchers in this study pointed out that certain behaviors are common among those with a high EQ. They’re helpful. They offer support so others who are more likely to count on them and to offer help in return. Those with a high EQ are better able to manage others, persuade them, and are flexible when situation has changed, and so are able to respond more rapidly.

As a result of all of this, college students with a high EQ were more likely to advance farther in their careers and earn more. Prof. Rode and colleagues also suspect that they may have stronger relationships and better mental health, as they have a strong social network to lean on in difficult times.

Though of course some people naturally have a high emotional intelligence, it’s something you can develop. Here’s some tips on how to build up your EQ. One of the best things you can do, according to professors David R. Caruso and Peter Salovey of Yale University, is to think about your own emotions. If you can understand yourself better and what makes you act and react the way you do, you can start to better understand others. 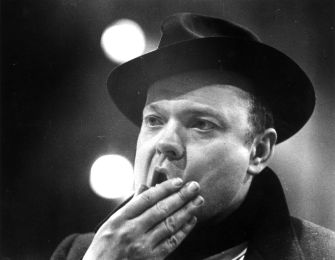 The first step may be to think about your own emotions and interactions with others. Orson Welles. Credit: Getty Images.

Stay open to the fact that their emotional state might change due to new developments. Reflect on your own emotions often and on your interaction with coworkers. When you become mindful of your reactions, you can begin to tailor them to fit the situation better, in order to accommodate the other’s emotional state while at the same time, guiding the situation toward a beneficial outcome.

Observe the behavior of your colleagues carefully and think about what motivates them to do what they do. Use your imagination and walk a mile in their shoes. Your reflections may help tease out things you hadn’t noticed before. Consider why others act as they do, or how someone did in a particular situation.

Talk to your coworkers and divulge suspicions to confidants and ask their perspective on certain people and situations. You don’t have to go it alone. They can offer insights and observations on things that perhaps you didn’t pick up on. When dealing with a difficult person, control your own emotions and find out what you can learn, before reacting. Reacting to someone in the right way can garner better results if you have some context and know where they’re coming from.

The benefits of living in urban centers, where populations are more dense, include more accessibility to leisure, health, and safety services, according to a new study out of the UK.