Dr. Bruce Greyson is Professor Emeritus of Psychiatry and Neurobehavioral Sciences at the UVA School of Medicine. He served on the medical school faculty at the Universities of Michigan, Connecticut,[…]
Go to Profile
Part of the Series 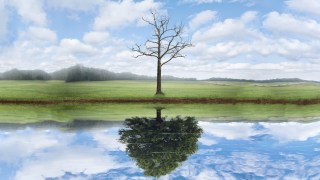 How almost dying kills the person that you used to be

Near death experiences change people’s lives - and not always for the better.
▸
with
Dr. Bruce Greyson

Most near-death experiencers say that they have trouble speaking about the experience because there just aren’t words to describe it. It’s like trying to draw an odor with a crayon. Experiencers describe a sense of connectedness to other people, to nature, to the Universe, and to the divine. For them, this changes everything. For instance, it makes them much less interested in power and fame. Experiencers almost always say, “This is the most important thing that’s ever happened to me, and nothing else in my life compares to it.” The most common change is that they are no longer afraid of death.

BRUCE GREYSON: Most near-death experiencers say that they have trouble speaking about it because there just aren't words to describe it. It's like trying to draw an odor with a crayon. Either the visions they saw or the feelings they felt or the entities they encountered, there just aren't words to describe them. A sense of connectedness to other people, to nature, to the Universe, to the divine. And that changes how they see everything. It makes them much less invested in things of the physical world: power, prestige, fame, competition. Experiencers almost always say, "This is the most important thing that's ever happened to me. And nothing else in my life compares to it."

I'm Bruce Greyson. I'm a professor emeritus of psychiatry and neurobehavioral sciences, and I've recently come out with a book called "After: A Doctor Explores What Near-Death Experiences Reveal About Life and Beyond."

Near-death experiences are profound, subjective experiences that many people have when they come close to death, or sometimes when they are in fact pronounced dead. And they include such difficult-to-explain phenomena as a sense of leaving the physical body, reviewing one's entire life, encountering some other entities that aren't physically present that they sometimes interpret as deities or deceased loved ones. When they return, they often are profoundly changed by this experience. The most common change we hear from near-death experiencers is that they are no longer afraid of death.

They describe having existed without their physical bodies, when their physical bodies were essentially dead, and yet, they were feeling better than ever. Most near-death experiencers say they are more spiritual, but not more religious. They tend to look on organized religions as being simplifications of what the spiritual world really is. That what's important to them is the interconnections, not the dogma that goes along with it, and they think that the type of deity they encountered, if they did, is not as limited as the God they were taught about in church. It's much bigger than that, much more inclusive. It leads them eventually to the 'Golden rule,' which is actually part of every religion we have: "Do unto others as you would have them do unto you." But they feel that this is not for them anymore- a guideline we're supposed to follow but a law of nature.

The vast majority of near-death experiences that we hear are pleasant, if not outright blissful. That sounds like a wonderful thing to happen but it can create a lot of problems in your life. I've talked to lots of people who were concerned that their loved one, now, is not the same person that they married. Lives were based previously on something that they thought they shared that they no longer shared, that can really disrupt the marriage and there have been reports of a high rate of divorces among near-death experiencers. Furthermore, a lot of the families will say when a crisis happens, the experiencer may just take off and go see if they can help without concern of just leaving the family behind. So they often feel, "Why do you love other people as much as you love me? I'm your family," which is often very hard for the children of the near-death experiencers.

One fellow I knew was a sergeant in the Marines in Vietnam, and was shot in the chest. And during that operation, he had an elaborate near-death experience. When he came back from that, the idea of shooting someone else was totally unthinkable to him. He felt that he was no different from the people he was shooting at. And he had to eventually leave the Marines, which had been his lifelong goal to be a Marine, ended up coming back to the States, and retraining as a medical technician. And I've heard this again and again and again from police officers and military officers who retrained in social work, medical care, clergy, teaching, so forth. Being a psychiatrist, you know, I've worked with people for about 50 years now- I know how difficult it is to help them make changes in their lives. And here you have an experience that takes place in a matter of seconds or a fraction of a second that totally transforms their attitudes, values and beliefs and behavior.

People have thought about ways of trying to induce an NDE-like experience safely through guided meditation, hypnotherapy, psychedelic drug use, and these attempts have pretty much not been successful. And when I talk with near-death experiencers about this, they say that one of the most therapeutic things about the experience was the complete lack of control you have. So much of our lives are spent on trying to maintain control of our lives, which is tremendously anxiety-provoking and in a near-death experience, no matter what happens to you, you are totally out of control.

Something else is in control of what's happening to you and yet, you feel better than ever. It often helps people deal with their anxieties, certainly their anxiety about death and dying, which often boils over into other areas of being anxious about other things in life as well. And when they come back, they realize you don't need to be in control all the time, and that giving up control, stop being so obsessional about being in control, makes life much more enjoyable for you. And it may help the rest of us in learning how to make our lives more meaningful and fulfilling.