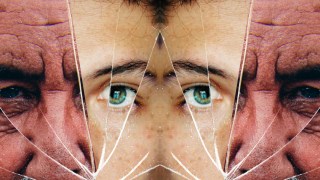 “Collective Illusions”: Why false consensus in society is so dangerous

We’re wrong about what other people think - and that has harmful impacts on the next generation.
▸
4 min
—
with
Todd Rose

Collective Illusions is brought to you by Stand Together: a community of change makers tackling our biggest challenges.

TODD ROSE: In a perfect world, the relationship between private opinion and public opinion would be basically like a mirror. At its best, public opinion holds a mirror to us, and it reflects exactly who we are. What 'collective illusions' do to that relationship is turn it into a funhouse of mirrors. You're still seeing yourself, but it is distorted in ways that make it almost unrecognizable.

A collective illusion is a situation where most people in a group go along with an idea that they don't agree with, simply because they incorrectly believe that most people in the group agree with it. The majority of people in a group believe the majority thinks something that they don't. They lead individuals to make decisions that are contrary to their private values. And as a result, the entire group can end up doing something that almost nobody wants, which is fatal to free society.

My think tank, Populace, studies collective illusions, and uses what we call 'private opinion methods,' which are just methods that help reveal people's private views, free of social pressure and other distorting influences on public opinion. And every question we ever ask, we always ask what the individual thinks, and what they believe most people would say to that question. And that combination of methods helps surface collective illusions all across society. We have found them almost everywhere we look- from the kind of lives we want to live, to the country we want to live in, to way we want to treat each other. And even what we expect out of our institutions from education to the workplace. The most damaging consequence is that an illusion in one generation tends to become the private opinion of the next generation.

One of the most important collective illusions we've ever discovered has to do with the way that people define a successful life. It turns out that the vast majority of the American Public believes that most people in the country care about- Wealth, Status, Power. When in fact, the opposite is true. The vast majority of the American Public are focused on a more personal fulfillment orientation, but our kids are paying an incredible price because they do not understand that this is an illusion. They try to chase fame because they believe that's what other people will recognize as success. So, if we do nothing about collective illusions now, our silence will virtually guarantee that our children and our grandchildren will have this view as their private opinion.

We've known about collective illusions for over a hundred years. And up until the last, say, 20 years, you could've probably counted on two hands and two feet the number of serious, societal, collective illusions that had existed. Since then, that number has exploded. They affect society as a whole, but we are all part of creating and sustaining the illusions. Even when we fundamentally end up disagreeing, a truthful disagreement is always better than a collective illusion. Being aware that collective illusions exist is the starting point. The only way to discover those is the same way that you actually dismantle them. You got to have conversations. You got to talk to each other. If you understand that fact, and you create the enabling conditions, that allow everyday people to reveal who they really are to each other, these illusions can crumble in a hurry, and social change can happen at a scale and pace that would otherwise seem unimaginable.

NARRATOR: This series is brought to you by Stand Together, a community of changemakers tackling our biggest challenges.