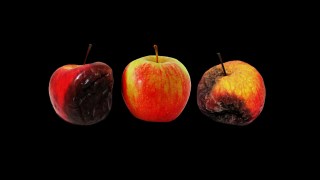 Collective Illusions is a 9-part series brought to you by Stand Together: a community of changemakers tackling our biggest challenges.

TODD ROSE: In almost everything that matters in our society, there is a good chance there's a collective illusion at the heart of our values. A collective illusion is a situation where most people in a group go along with an idea that they don't actually agree with, simply because they incorrectly believe that most people in the group agree with it.

Why we're so afraid to deviate from our groups is an evolutionary holdover, where it is in fact dangerous to be ostracized from the group. For as important as conformity is to us as human beings, it turns out we're actually not terribly good at estimating group consensus. Your brain assumes that the loudest voices repeated the most often are the majority. And so we can get duped by a vocal fringe into believing that is the majority. And as soon as that happens, our conformity bias can be weaponized into leading us to adopt beliefs that the majority never actually held. And as a result, we get these collective illusions that become reality.

This idea of conformity, it isn't just a choice. Every one of us as human beings is hardwired to prefer to be with our group. Human beings are not lone wolfs. We're a pack species. On trials, when we deviated from the group, it triggered what scientists call an error signal. This cascading signal across your brain that is literally meant to short circuit everything else to tell you something is fundamentally wrong and you should pay attention. If you deviate from your group, you are actually punished.

This conformity bias, sometimes it's been used for benevolent ends, right? One of my favorite examples of that comes from the story of the Bogotá mimes. Bogotá, historically, has had a lot of disobeying traffic rules, everybody, jaywalks, nobody stops at lights. Several years ago, they got a new mayor who realized there was a problem and realized that you couldn't just continue to punish them with corrupt cops issuing tickets and getting bribes. He hired a bunch of out-of-work mimes, like clowns. You know, this. And he put them at intersections all over the city. They have no power to imprison you, no power to write a ticket. All they did was, every time they saw someone jaywalk, they would just point it out. They would publicly shame them as mimes. And it turned out that this public shaming had a massive effect. It had a significant reduction of traffic accidents and even deaths. I think it's a funny story. What I don't like about it is I'm not a huge fan of public shaming for any reason, but it does speak to the fact that this is such a hardwired powerful force for human beings.

But sometimes the group isn't correct. There's nothing magical about group consensus that guarantees that it is a fact. It can just literally be consensus because no one's ever challenged it. It may be a collective illusion. The group may not actually believe this, but because you think the group does, your willingness to conform and your unwillingness to challenge what you think the group believes will actually contribute to leading the group astray. In fact, history is littered with examples of groups erring in massive ways, and there's an enormous cost socially.

In the '60s, a majority of whites in the South no longer approved of segregation. They wanted decent aggregation and integration. However, they were fully convinced that most white southerners still favored segregation. In other words, they were under this collective illusion. And because nobody was willing to challenge the belonging to their group, we allowed segregation to continue for many years because we were behaving in ways that were no longer consistent with our values.

We are now in an environment where free expression, the ability to disagree openly, is under such threat by a vocal fringe that recognizes that the only way that they can get their way is to convince you that the majority believe something they don't and allow conformity bias to do the rest of the work. The cost to you, of giving up your private values in the name of conformity, is that you may actually come to believe the very thing that you don't agree with right now. We have to create the space that protects differences of opinion that allows respectful disagreement in ways that are productive. How many illusions get punctured almost overnight when we realize, despite our differences, we have common ground as well?

NARRATOR: This series is brought to you by Stand Together, a community of changemakers tackling our biggest challenges. To learn more about how you can partner with Stand Together, visit, standtogether.org.

Are near-death experiences real? Here’s what science has to say.