Lab-grown lungs have been successfully placed in pigs for the first time. How long until we get to humans? 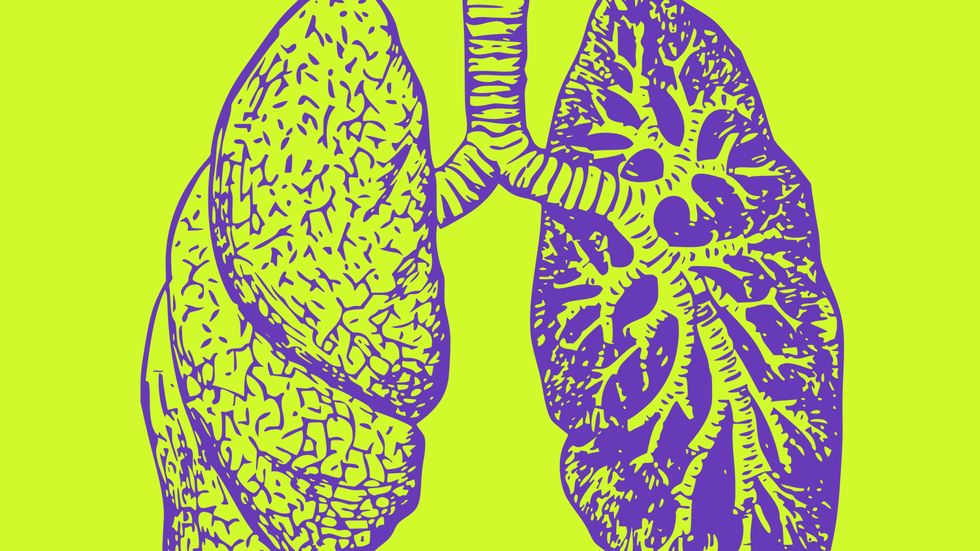 Authors note: We’ve included an image of the lung development process that may be considered sensitive.

Twenty Americans die every day while waiting for an organ donation. Between a limited number of donors, the difficulties of finding a proper match, and the particulars of time and place, the task of finding the right organ is often as difficult as it is pressing.

This becomes even trickier in the case of lungs. Uniquely among organ donation, in cases where the donor's lung is not the proper size for the recipient, an adjustment must be made to make it fit the chest cavity, which increases the risk of complication.

In cases where the donation does work, the recipient of the new lung is then put on immunosuppressants for the rest of their lives to assure their immune system doesn’t notice the large organs that aren’t native to the body and attack them. Despite this, symptoms of chronic rejection occur in half of all patients.

A new study, however, offers us a glimpse at a world where organ shortages and rejection are a thing of the past.

In a study published in Science Translational Medicine by Joan E. Nichols of the University of Texas and 26 others, lab-grown lungs were tailor-made for and transplanted into four unlucky pigs.

To grow these lungs, the researchers first built protein frameworks. They did this by taking a pig’s lung and blasting it clean of cells with a combination of detergents and sugars. This framework, which was not the first of its kind, was different from previous versions in that certain sugars were added to promote the stability of the proteins that remained.

These protein frameworks were then sunk into a nutrient vat. The researchers then added cells from the pigs that were to receive the new lungs and allowed the organs to grow for a month. The Franken-lungs were then transplanted into the pigs. The animals were later euthanized at different points in time to track the progress of the new lungs' integration into the body.

Left: the position of the pulmonary artery (Pa) and pulmonary vein (pv) in the organ chamber. Right: The new lungs are removed from the nutrient vat. (Nichols et al. Sci. Transl. Med)

In less than two weeks, the new lungs had begun to create the intricate system of blood vessels needed to work effectively. At the two-month point, when the last pig was killed and autopsied, there was no sign that the pigs were rejecting the new organs and the integration of the new lungs was progressing well.

Could the pigs breathe?

"We do know that the animals had 100 percent oxygen saturation, as they had one normal functioning lung," study author Joaquin Cortiella said in a university news release. "Even after two months, the bioengineered lung was not yet mature enough for us to stop the animal from breathing on the normal lung and switch to just the bioengineered lung."

This is the first step to demonstrating that lab-grown organs can be placed in the body and grow without rejection. In previous experiments, lab-grown lungs were unable to integrate into the cardiovascular system properly. These lungs did connect to the circulatory system, but not the pulmonary arteries, which would enable them to get oxygen into the blood.

Perhaps most amazingly, the risk of rejection is reduced dramatically with these lungs as the cells of the pigs that received them were used to make them. In a sense, the pigs were given their own lungs through this procedure.

If this could be done in humans, waiting lists and the horrors of the body rejecting an organ would be a thing of the past as lab-grown organs take up the role that donated ones formerly held—or failed to.

What’s the grain of salt?

The pigs in this study were killed no more than two months after the donation to see how the lungs integrated themselves into the body. No evidence assures us this treatment would work long term. Likewise, there were only four pigs used in the study and more research is needed to demonstrate the effectiveness of the procedures.

After that has been demonstrated, we’ll have to move over from pigs to people. Then we can look forward to a good decade of human trials before it becomes accepted medicine. This means you aren’t likely to get a new lung that was grown in a vat for some time.

While lab-grown organs are still a way off, their potential is limitless. The days of dying while waiting for a donor may soon be a thing of the past as custom-made organs come out of labs and into operating rooms. While this is still the stuff of science fiction, it is moving ever closer to reality.