What's the Psychological Impact of Overpopulation? Here's a Horrific Experiment

In 1972, eight mice were placed in a utopia. Full of food, water, bedding, and space for 3000 mice. Within three years there were no survivors. 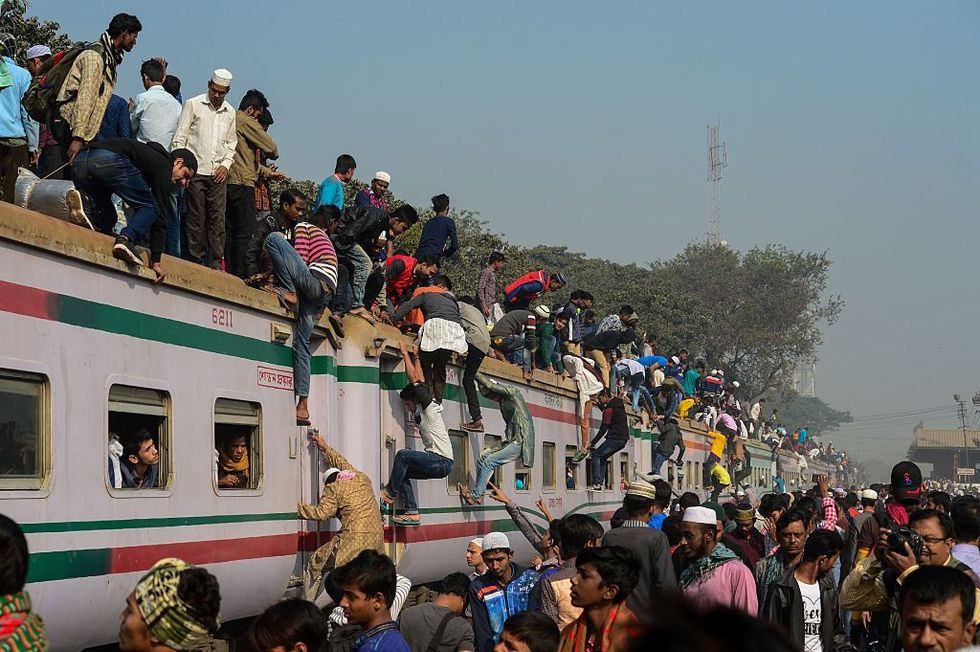 There are nearly 7.5 billion people on the planet right now. The question of how to feed, clothe, educate, employ, and hydrate everyone is a problem that is widely acknowledged. The question of overpopulation, and whether or not it is a major problem, often asks how our limited resources can be used in a growing world.

However, while most discussion of overpopulation is focused on the material aspects of it, some have asked about the psychological ramifications. Chief among these thinkers was Dr. John B. Calhoun who worked extensively with mice and rats to study the effects of overpopulation on behavior.

Dr. Calhoun was a researcher at the National Institute of Mental Health (NIMH). In his most famous experiment, four breeding pairs of mice were moved into a mouse utopia. There were unlimited supplies of food, water and bedding. The area was disease free, the temperature perfectly controlled, and the researchers even cleaned the place monthly. As close to heaven as a mouse could get. All that they lacked was infinite space. There was, however, room for 3,000 mice.

Mice, for those who are unaware, are actually quite social creatures in the right conditions. They take on group roles, mark out territories, and develop hierarchies if their environment allows. It is this behavior that Calhoun wished to affect, and study. He described the experiment in terms of four “eras”, summarized here.

Days 0-100: The era called “Strive”. During which the mice were getting used to the new world, territories were established.

Days 100-315: The “Exploit” period. The population doubled every 60 or so days. Normal social behavior was noted here, and the population took full advantage of its unlimited resources.

Days  315-600: The “Equilibrium” period. It was here that the social roles of mice began to break down. Mice born during this period found they lacked space to mark out territories in, and random acts of violence among the mice began to occur. Many males simply gave up on trying to find females. These males retreated into their bedding and rarely ventured out. Simply eating, sleeping, and grooming. Calhoun dubbed these narcissistic loners “The Beautiful Ones”. They also tended to be rather stupid.

Days 600-800: The “Die” phase. The population, which maxed-out at 2,200, began to decline. No surviving births took place after day 600, and the colony ultimately died out. Individuals removed from the colony and placed in similar units continued to demonstrate erratic behavior and also failed to reproduce. The mice were remarkably violent at this time, for little reason.

His work was continued later by other researchers, and was the inspiration for the children's book Mrs. Frisby and the Rats of NIMH, later made into the film The Secret of NIMH.

A formula was written to explain what happened to the mice, how the population continued to crash even after conditions began to improve again. Calhoun felt there were truly two deaths for the mice: the first death was a spiritual one, leading to the decline into chaos and madness. After that event, no recovery was possible for the mice. The second was physical, and inevitable after the first.

So, what does this nightmare mean for us?

Dr. Calhoun felt that the conditions in the experiment could be extrapolated to apply to humanity, given that humanity had solved many major questions of resource shortages by the 1970s and was now bound only by space. Mice have social roles, as do humans, and while humans might be said to be more intelligent than mice, both animals have tendencies to bizarre behavior when put under stress.

He felt it was plain that the problem was having too many individuals for meaningful social roles, saying that after that point: “only violence and disruption of social organization can follow. ... Individuals born under these circumstances will be so out of touch with reality as to be incapable even of alienation. Their most complex behaviors will become fragmented. Acquisition, creation and utilization of ideas appropriate for life in a post-industrial cultural-conceptual-technological society will have been blocked.”

His work was later continued to find that the key issue was not merely population density, but degrees of separation and levels of interaction that caused the stress. By making it more possible for individual mice to avoid other mice, even for a limited time, the effects of the population bomb were reduced. Dr. Calhoun set up nearly 100 more of these experimental universes, the above being the history of Universe 25.

Could that happen to us?

He was not as pessimistic as the story may make you suppose. He felt that humanity was not bound to doom as the mice were. Our capacity both for finding new areas to live in, such as outer space, and of using creativity to respond to environmental changes, made it possible for us to avoid the conditions that created his nightmare.

While most overpopulation theorists in the 1970s were worried about resource problems, Dr. Calhoun was worried about the psychological effects of overpopulation on a social animal. When presented with utopia, most of the mice simply went mad. A rare few remained sane for the duration of the experiment, leading Calhoun and his team to focus on why that was in later tests.

So, is our own version of Universe 25 right around the corner? No, says Dr. Calhoun. Yes, says anybody who complains about people being on their phones too often, or that modern life is too narcissistic. Will the beautiful ones take over? Or will Dr. Calhoun be proven correct that mankind has enough creativity and ability to avoid the first death?