Here's Why Overpopulation Isn't a Crisis at All

Overpopulation is often viewed as a nightmare, but what if it's a dream come true? 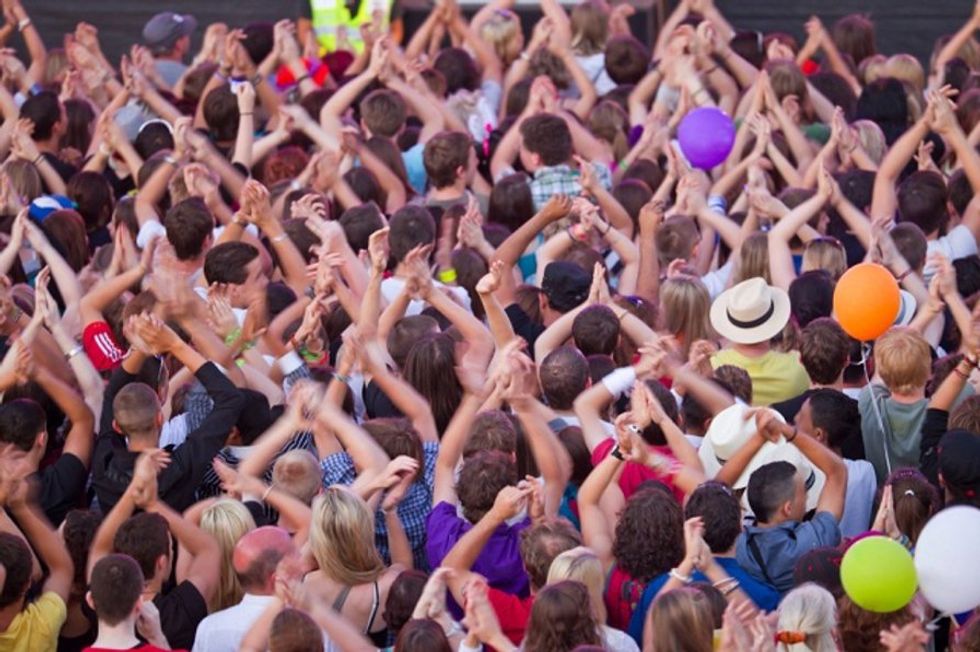 You have seen it here before: overpopulation is a key problem for our age. With the world population currently standing at 7.5 billion people, one-sixteenth of all the humans that have ever lived are alive now.

Think about that: for each one of us, there stand 15 ghosts. When you consider how long humanity has been around, however, that number seems to be rather low. Indeed, the ratio has fallen from 30 ghosts for each living person in 1968 – as noted by Arthur C. Clarke in 2001: A Space Odyssey – as the population has since doubled.

By any measure, we have a lot of people around. The problems of feeding, housing, employing, and educating everybody are going to get harder. While we don’t appear to be on the edge of Malthusian catastrophe, the problems we do face are unpleasant.

But is there a plus side to this?

While we often focus on how to deal with so many people, we ignore the fact that more people means more opportunities for great minds and ideas. Paul R. Ehrlich, author of The Population Bomb, suggested that in an overpopulated world we would have “a dozen Beatles and a few Shakespeares” at any given time.

“These upsides may even outweigh the downsides, making a larger population a good thing overall. One example is the rapidly growing information economy. If someone makes a hammer, only a few people get the benefit, but if someone records a new song, writes a computer program, or invents a new technology, everyone can benefit. These activities thus produce more value the more people we have. With twice as many people doing jobs like these, we could all get roughly twice the benefits (more art, culture, science, technology), or they could work roughly half as many hours. A larger population thus has the potential to make life much better, so long as we can find the resources to support it.”

The idea here is simple: more people equals more productive work. Or at least more people that can do specialized work. In our information age, we can all benefit from a great deal of this activity directly. Provided, of course, that we can manage to feed that many people. That’s the catch.

There are those who are not so sure about the benefits. Dr. Ehrlich himself pointed out that the presence of more great artists was only a consolation prize for enduring what he predicted, in the 1970s, would be worldwide famines. To this day he is still advocating for population controls, arguing even just a few years ago that families should have fewer children.

Thomas Malthus, the original worrier about overpopulation, noted pessimistically that only a wealthy few would be able to endure a population crisis, with the rest of society living in poverty and misery. Not much reason to think we would benefit from a slew of artistically minded people, in that case.

Today, the idea of overpopulation is discussed much less than it was in the 1970s. The concern for environmentalists has moved on from the number of people to their consumption patterns. Dr. Ehrlich famously lost a bet on the price of metals going up as resources depleted; they in fact all went down. The overall population had little effect on the prices, it was the rates of consumption that mattered.

The man who won that bet, economist Julian Simon, was also optimistic about population growth, suggesting that increased population will not lead to crippling losses in resources, but may be a blessing instead.

“Resources come out of people’s minds more than out of the ground or air,” he says. “Minds matter economically as much as or more than hands or mouths. Human beings create more than they use, on average. It had to be so, or we would be an extinct species.”

So, is the brave, new, overpopulated world we inhabit going to be great? Full of artists, computer programmers, culture, and digital goods for all? Or will it be a washout, where all those artists are starving in the streets for lack of enough resources to feed us all? While the prospect of immediate catastrophe seems lower now than it did then, the question of what an increasing population means for us is still as relevant as ever.