To be happier, try a 'rougher' schedule 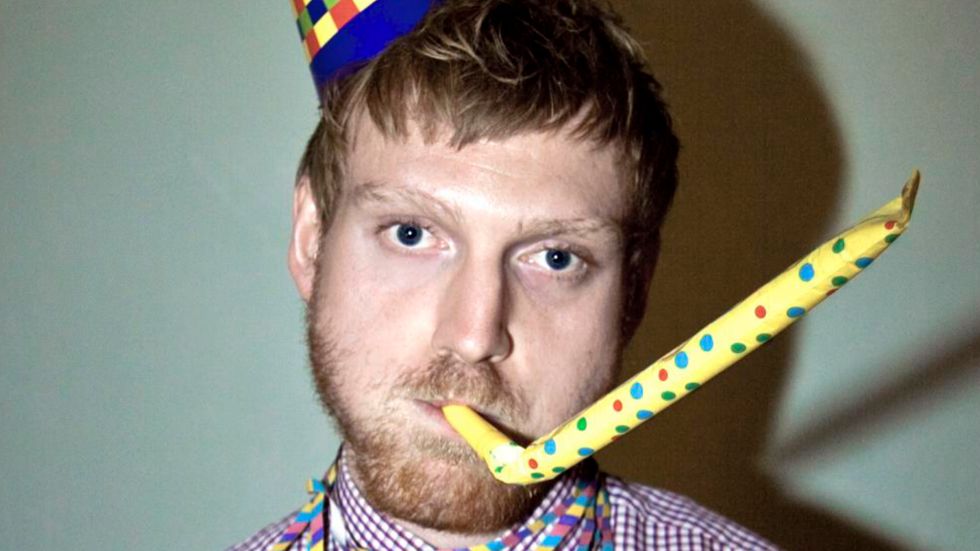 "Lost yesterday, somewhere between sunrise and sunset, two golden hours, each set with sixty diamond minutes. No reward is offered for they are gone forever." — Horace Mann

We have so much to do and so little time in which to do it. Days seem to go by fast—weeks, months, and even years race by ever more quickly. There seems to be no choice but to get organized and become adept at scheduling everything we need or want to do, even when it's supposed to be something fun. But as we multitask our ways through calendars and to-do lists, we somehow rarely gain any sense of pleasure—we're just hanging on for dear life even as we're engaging in fun activities meant to refresh and balance us. According to a new paper, there are things we can do to be optimally productive and enjoy our busy lives more, including a method the authors dub “rough scheduling."

The study's title, “Activity Versus Outcome Maximization in Time Management," by time-management experts Selin A. Malkoc and Gabriela Tonietto frames the problem: It's a conflict between two competing goals:

The new paper is actually a follow-up to Tonietto and Malkoc's 2016 “The Calendar Mindset: Scheduling Takes the Fun Out and Puts the Work In" that documents 13 surveys the authors performed. While activity maximization makes perfect sense for tasks related to obligations and responsibilities, the researchers found that it can be the enemy of outcome maximization. They concluded:

Rough scheduling is intended as a remedy for what's called “time famine," the overwhelming feeling that there's simply not enough time to get everything done. And, as the new study notes, “This feeling of time scarcity is linked to many undesirable outcomes, from insomnia to worsening physical health to stingy wallets." Add to that list an increasing difficulty in doing even work-related tasks well.

There's an entire industry built around getting more things done. After all, telling others how busy one is is an image-builder, suggestive of success and productivity. There are books, videos, systems — like the aptly named GTD® (for “Getting Things Done") method — and a host of apps out there whose sole purpose is increasing your efficiency. And some of this works quite well, too, from the outcome maximization perspective. But with every minute of time accounted for in advance, our leisure activities end up having to be slotted into these hard-won, strategically parsed timetables. And that can ruin them.

The study suggests that by better balancing activity and outcome maximization we can achieve better performance when we're working as well as more rejuvenating pleasure when we play.

Increasing your performance during work activities

Instead of packing as many activities as possible into a period of time, prioritize. It can be heartbreaking to allow less-important tasks to slide, but by allotting a more reasonable amount of time to our high-priority activities, they're more likely to get done well since you're less under pressure from unrealistic time constraints as you perform them. (Maybe you can delegate the discarded low-priority jobs to someone else.)

Perform one task at a time

You may be proud of your perceived ability to handle multiple small tasks as you work on larger ones, but studies are clear that multitasking doesn't really work. It just divides your attention, leading to less care, attention, and creativity for what you're supposed to be doing, and, therefore, to lower-quality work.

While externally imposed deadlines have been shown to increase performance, when setting your own deadlines, spread them apart evenly to budget your attention more sensibly. As the paper puts it, “Deadlines that are evenly spaced increase performance relative to less staggered ones. For example, students with three evenly spaced deadlines throughout the semester obtained higher grades than those with all three deadlines at the end of the semester."

Increasing your enjoyment during leisure activities

“People schedule leisure activities to ensure their participation, implicitly assuming that participation in an activity automatically leads to its enjoyment," asserts the study. Alas, the authors' previous research reveals that it's just not so. The reason is that “the strict beginning and end times imposed by scheduling disrupts the free-flowing nature of leisure activities," making it less enjoyable and more like work.

The solution, Malkoc and Tonietto say, is to schedule roughly, by which they mean to schedule leisure activity only into windows of time that have neither a pre-planned beginning or end. An example of this would be to plan to go out to dinner “after work" instead of “6 pm." Their research suggests that leisure activities planned this way are just as satisfying as those that are completely spontaneous.

Similarly problematic is the imposition of strict end times for enjoyable events, such as when they're to be followed by scheduled work activities. After all, this violates rough scheduling by requiring the fun to end at a specific time. “The hard stop posed by the scheduled activity creates time pressure that may undermine enjoyment during the preceding time," the study says. It takes you out of the enjoyable moment, distracting you by what's coming next.

A better idea is to leave an unscheduled buffer between fun and work, or, better yet, reschedule the work altogether when possible so as to leave leisure activities open-ended.

Focus on the now

As you might imagine from the section above, to really get the most out of leisure activities, it's imperative that you be present as they occur, even if what's pulling you away is something you're looking forward to. In the authors' prior study, “participants enjoyed a comedic video less when they knew that they would next watch another enjoyable video compared to those who were unaware of the future activity." As in many other areas in life, “being more in-the-moment, or mindful, improves enjoyment," says the current study.

As you seek a way to juggle the many tasks before you in a more satisfying way, try to remain aware of maintaining a balance between getting as much done as possible and having an enjoyable daily life. Both goals are worth striving for, and the study's suggestions make it less likely you'll someday reach the lower reaches of Life's To-Do List dissatisfied about what never got done, and feeling burnt-out. It's so much better to have enjoyed the action-packed ride.