We Need Better Maps for Our Self-Driving Cars

For autonomous self-driving cars to truly take over, every road needs to be digitally mapped. 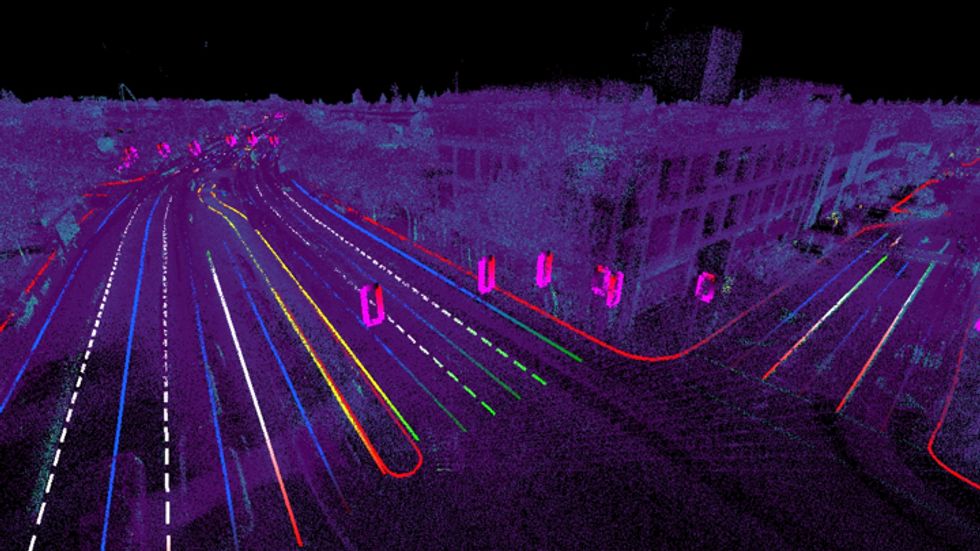 Before we just hand over the keys to our autonomous self-driving cars and settle back, it might be a good idea to give them directions. Accurate ones. Not the Google Maps version that doesn't know about that bridge that's out, or the single-lane stretch of construction. For all the breathless coverage of the any-day-now arrival of safe self-driving cars — cars that are expected to be better drivers than we'll ever be — there's a critical piece missing for the roadmap ahead: The roadmap.

As a new article in the New York Times points out, there are four million miles of road in the U.S. alone. If our intention is to have autonomous cars driving on them, we're going to need, current, high-resolution digital maps of all those roads that our cars' navigation systems can parse. While planned vehicle are to be outfitted with their own cameras, radar, and LIDAR, it would require a huge amount of processing to be continually mapping out what lays ahead from scratch. A much safer, and more processor-efficient, way to go is to have digital maps in memory as the basis for navigation while using the onboard cameras, etc. to note — and react to — differences between reality and what the map predicts. If the Tesla S that killed its driver in 2015 had known that the truck it was about to hit wasn't actually the overpass it expected, the fatal accident would have been avoided — instead it relied solely on its interpretation of the expanse of white its camera saw in front of it.

While it may be that early self-driving cars operate autonomously only in a handful of mapped areas — Waymo, Google's former driving self-division has gotten around to mapping just a few cities and the area around Google — eventually, we're going to need to map all of our roads everywhere.

As front- and rear-facing cameras become standard equipment on more and more new cars, a handful of companies are positioning themselves to capture what those cameras see. One company, Here, is collecting data from systems trucking companies have agreed to install on their vehicles. The company was founded by Nokia, and is now owned by BMW, Audi, and Daimler.

Mobileye, a company that sells collision-avoidance systems, is also mining real-world road data, with their cameras slated to be installed in 2018 Volkswagen and BMW vehicles. This approach makes sense. As Mobileye CTO Amnon Shashua told the Times, “You can leverage the fact that you will have millions of cars with cameras — almost all the new cars that hit the road. This is a force multiplier." Mobileye and Here have plans to combine their data somewhere down the road.

Of course, the raw data will need to be prepared for use. Someone will need to go through the imagery to identify the details that matter, as shown in the image above. The maps will require annotating and enhancement to do this, and to provide critical details to onboard computers that may not be obvious in what the cameras pick up. Civil Maps, a tech startup with its own cameras, is also working to develop AI tech that can perform this job automatically. Ford has invested in Civil Map's efforts, with Ford global product development chief Raj Nair telling the Times, “For full autonomy, we believe we need to have a high-definition map of the area we've been operating in, a map annotated with what are the permanent fixed objects in that area."

It's estimated that once all of the wrinkles are ironed out, autonomous self-driving cars will be safer to ride in than vehicles piloted by erratic, distractible, unreliable humans. It seems at times that we're almost ready to go. But are we there yet? Not quite. There's still lots to do before we take our hands off the wheel.