The pope laments the state of the environment, but he also decries the naive central environmentalist belief that humans are separate from nature and the villain in a simple myth of US (humans) against True Nature. 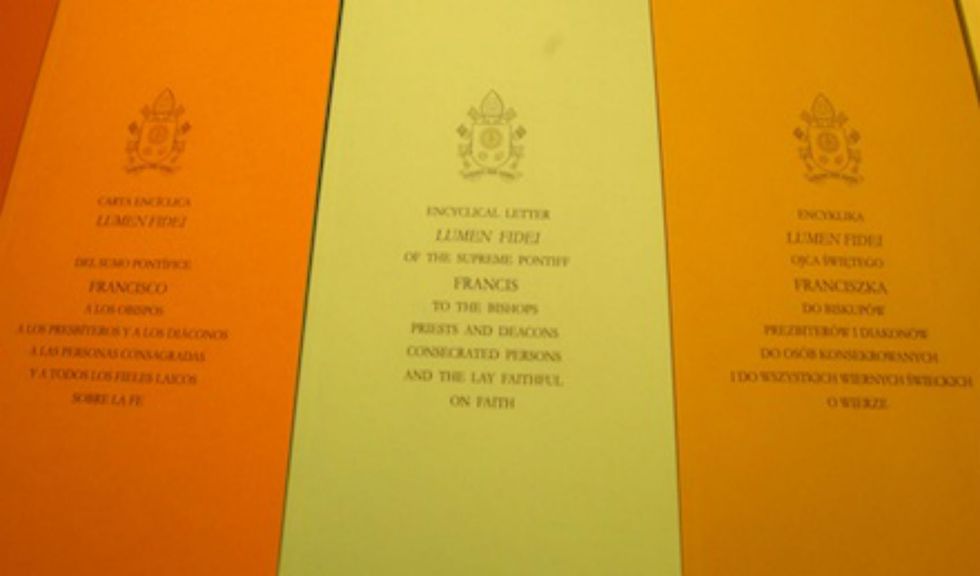 (Amended as of 6/28 in response to a reply from Bill McKibben; see below)

There is understandably much praise from environmentalists for the pope’s Encyclical on the Environment  (subtitle “On Care for Our Common Home”). The applause is for the pope’s clear statement that climate change is largely anthropogenic, serious, and demands human attention. But if classical environmentalists read the full 184-page text, they might not like a lot of what the pope has to say. He slaps one of their most treasured myths right in the mouth.

This myth is perhaps the central tenet of classical environmentalism; the belief that humans have caused, as Bill McKibben has written (in the book that made his name as an environmental thought leader), the End of Nature. Not The Alteration of Nature or The Disruption of Nature or even a plaintive lament for “The Suffering of Nature," which is how Pope Francis describes it. McKibben argues that humans have “ended nature as an independent force...” There is us evil humans, and IT, pure Nature. Villains and a hero. Nice and simple.

Another prophet of classical environmentalism, Edward Wilson, paints the dichotomy between us and Nature even more starkly. In his bestselling book The Creation, which he devotes to “the restoration of Eden,” Wilson writes of humans that, “We strayed from Nature with the beginning of civilization.” He defines Nature as "that part of the original environment and its life forms that remains after the human impact.” As though humans, for all the unprecedented and egregious harm we certainly do to the natural world, are not also part of that natural world, that we are not a species too. Wilson’s fascinating ants are “Nature,” and plants and fish and bacteria and the biological and chemical and physical forces that make and shape and run the biosphere are “Nature,” but not the human animal. Where Homo sapiens are, Nature, as E.O. Wilson defines it, is not.

As my Jewish grandmother used to say, OY VEY!

Well Pope Francis, who certainly heaps plenty of blame on humans for the mess we have made of the natural world, is having none of this absolutist environmental "It’s Us Against Nature" piety.

Nature cannot be regarded as something separate from ourselves or as a mere setting in which we live.

When we speak of the “environment,” what we really mean is a relationship existing between nature and the society which lives in it. Nature cannot be regarded as something separate from ourselves or as a mere setting in which we live. We are part of nature, included in it and thus in constant interaction with it.

Nor does Pope Francis have much affection for the pragmatic market-based Ecomodernist approach of self-proclaimed "modern" environmentalists who propose that technology and human wisdom can make the future good, even great.

It is not enough to balance, in the medium term, the protection of nature with financial gain, or the preservation of the environment with progress. Halfway measures simply delay the inevitable disaster. Put simply, it is a matter of redefining our notion of progress. A technological and economic development which does not leave in its wake a better world and an integrally higher quality of life cannot be considered progress.

Indeed Francis rejects the extremism of both the market-based Eco Optimists and their faith in technology, and the doom-and-gloom greens who see everything as a simple morality tale with humans as the villain and Nature the hero, with the fate of life on Earth to be determined by a battle between humans and their technologies on the one hand and the clean, unspoiled natural world on the other.

At one extreme, we find those who doggedly uphold the myth of progress and tell us that ecological problems will solve themselves simply with the application of new technology and without any need for ethical considerations or deep change. At the other extreme are those who view men and women and all their interventions as no more than a threat, jeopardizing the global ecosystem, and consequently the presence of human beings on the planet should be reduced and all forms of intervention prohibited. Viable future scenarios will have to be generated between these extremes, since there is no one path to a solution.

The pope also takes a shot at “green" businesses taking advantage of the appeal of anything "natural" (seen that on a label or two, lately?) or claiming that their way of doing business contributes to sustainability, but which are essentially just hopping on the “Save Mother Nature" bandwagon to make a buck.

In this (the economy can fix things) context, talk of sustainable growth ... absorbs the language and values of ecology into the categories of finance and technocracy, and the social and environmental responsibility of businesses often gets reduced to a series of marketing and image-enhancing measures.

In the end, the Encyclical is a familiar appeal to spiritual values of redistribution of wealth from the rich to the poor,

the time has come to accept decreased growth in some parts of the world, in order to provide resources for other places to experience healthy growth.

a call for all of us to live more simply,

…to replace consumption with sacrifice, greed with generosity, wastefulness with a spirit of sharing, an asceticism which entails learning to give, and not simply to give up. It is a way of loving, of moving gradually away from what I want to what God’s world needs. It is liberation from fear, greed, and compulsion.

and no less than a radical restructuring of the entire economic and political power structure of the wealthy world.

Every effort to protect and improve our world entails profound changes in lifestyles, models of production and consumption, and the established structures of power which today govern societies.

That’s pretty dramatic, and pretty much WJWS — What Jesus Would Say — but it’s probably not a practical suggestion for what will turn our future from bleak to bright. But neither, says the Encyclical, is the simplistic Wilsonian/McKibben environmentalist naivete that humans are separate from nature and all our tools and everything we do are the enemy. That sort of thinking isn’t a realistic plan for solutions either.

Amendment, and apology to Bill McKibben. In a respectful message to me on June 28, Bill notes that my language claiming that he believes "all our tools and everything we do are the enemy" is excessively critical and innaccurate. He's right. There are many technological tools he promotes as solutions for our unsustainable ways; some forms of renewable power (see Solar Power For Everyone in the New Yorker), and mass transit, as just two examples.

It is also fair to note, however, that Bill preaches concern about technology generally, usually emphasizing how technology is UNnatural and threatens our future. That is the core message of his 2004 book ENOUGH: STAYING HUMAN IN AN ENGINEERED AGE

Nonetheless, to overstate things in the name of making my case is lazy, unfair and disrespectful to someone truly committed to the greater common good. I apologize.