The Danger of Advocacy Masquerading as Science

Increasingly, scientific research is being done in ways that seem to advocate the scientists' point of view, more than to objectively and dispassionately represent "the facts." Society is at risk when science is hijacked by advocacy-masquerading-as-objective-science, whether such distortion is done by researchers working for companies, governments, environmental groups, or just by scientists who allow their personal views to color the questions they ask and the way they describe and promote their findings. 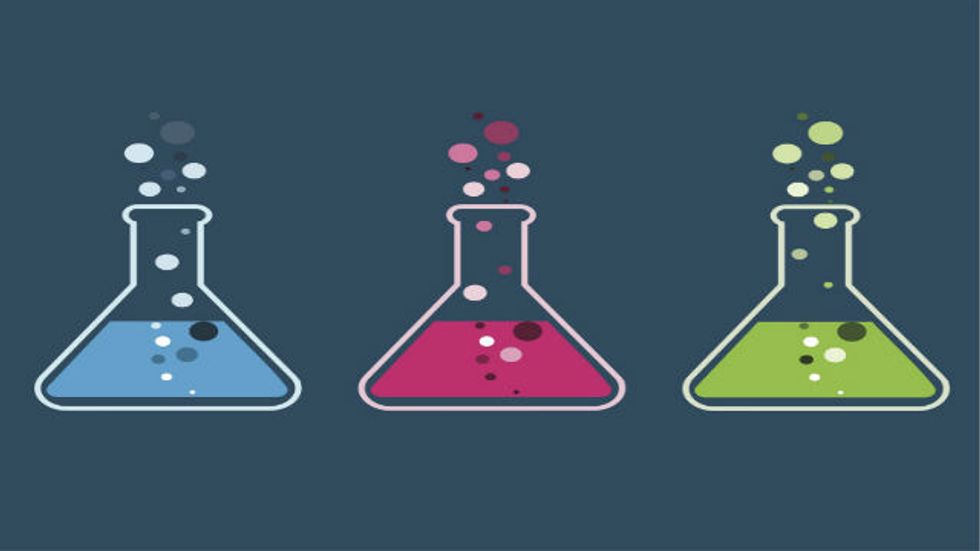 We think of science as a process that can reveal truth. Tested, proven, objective, certain truth. Sadly, science is also a process of proving whatever truth the scientist wants to prove. Ask the right questions, get the right answers. The tobacco companies did it. Chemical companies have done it. And more and more, scientists researching a range of environmental issues are doing it, constructing their experiments and distorting their findings in order to prosecute their battle against what they see as threats to human and environmental health.

A recent paper offers a sobering example of how science can be twisted to say what the researchers want it to say. Holding Thermal Receipt Paper and Eating Food After Using a Hand Sanitizer Results in High Serum Bioactive and Urine Total Levels of Bisphenol A (BPA) is the latest in a flood of studies by researchers campaigning passionately against BPA and other endocrine disrupting (EDs) chemicals. EDs have been associated with a wide range of health risks, most significantly the impairment of healthy sexual and cognitive development in the unborn fetus.

Like many of those papers, this one makes things look pretty bad. BPA is used to coat thermal receipt paper, that sort-of-shiny paper used to print receipts for purchases and ATM transactions. Just touching such paper might not seem like much of a risk though, since studies suggesting BPA might be a problem say it’s only a risk when we ingest it, mostly by eating or drinking products from containers lined with BPA. Just getting BPA on the skin is not believed to be a risk.

But given how ubiquitous thermal receipt paper is, BPA might be a more serious threat if touching it turns out to be risky too. Which is what this paper suggests. Researchers found that if someone first uses hand sanitizer, and then holds the receipt paper, up to 100 times more BPA can soak off the paper and into our skin and then into our blood, because many hand sanitizers contain chemicals that penetrate the skin, which lets the BPA in too. The study found that people who used hand sanitizers, then held receipts, and then ate French fries, ended up ingesting more BPA, and had levels of BPA in their blood and urine associated with “an increased risk for a wide range of developmental abnormalities as well as diseases in adults.”

Sounds pretty bad. But dig into the study’s methods and you find some things that call the objectivity of the researchers into question. they did various experiments, but in the one that determined blood and urine levels, they had their subjects wet their hands with sanitizer, and then immediately hold receipt paper, while their hands were still wet with the sanitizer, for four minutes. Ever hold any receipt for that long, immediately after thoroughly wetting your hands with sanitizer and before you even dry them off? Of course not. Mostly we wipe our hands dry after using sanitizer, and we hold receipts for a few seconds and either stuff them in our pockets or toss them away. It is hardly a realistic test to have the subjects hold the paper for that long.

And the headline of the paper, that warns of “High” levels? Well, that’s alarmist language worthy of CNN. According to Ian Musgrave, Senior lecturer in pharmacology at the University of Adelaide, the average maximum level of BPA in the subjects’ blood was two thirds lower than the lowest level of BPA thought to be biologically active. Even the restaurant and bar and retail workers who handle such receipts more frequently, and, as the EPA notes are at higher risk of exposure, are not necessarily at higher risk of actual harm. Risk is a matter of exposure TIMES hazard. So just being exposed more, on the skin, doesn't mean levels not on the skin but in the blood get high enough to be dangerous.

And the basic claim the paper makes that BPA and other endocrine disrupting chemicals “have been related to an increased risk for a wide range of developmental abnormalities as well as diseases in adults.”? Many mainstream toxicologists say that such an interpretation of the evidence about BPA goes way too far. Governments around the world have researched BPA and concluded that the risk to people, at the low levels to which we’re exposed, is so low that banning it is not necessary to protect public health. (The U.S. government did some additional research recently that confirms that position.)

Everyone agrees BPA is an endocrine disruptor, but it’s a really weak one. A majority of the  experts on this issue believe that, at the levels to which we’re exposed, BPA is not nearly the risk the advocates of a ban forcefully claim.

And finally, consider that the second author of the new paper warning about BPA, Frederick vom Saal, is one of the leaders of those advocates. vom Saal has spent most of his career passionately advocating for a ban of endocrine disruptors. He and his colleagues regularly charge than any research that finds that BPA is not a risk, whether it was done by government or by industry, is biased in order to produce a pre-determined result. Many mainstream toxicologists make the same charge about some of vom Saal’s work, including this new study.

I can’t judge whether BPA is a risk. As I have said when writing about this in the past, that is beyond my expertise. (As a former environmental journalist who reported on this issue a lot, I do think the overall evidence on EDs warrants serious concern.) Nor is this to pick on vom Saal or his colleagues, who are fighting to have EDs banned out of sincere concern for public health. I support the idea that scientists should participate in public debates about policy where their knowledge and expert opinion can help us make smarter choices.

But any critical thinker ought to smell the distinct possibility of bias when research, by known advocates, goes out of the way to pose questions that produce the ‘right’ answers, answers that support their advocacy. We should - and do - detect that smell from research done by companies. We should smell that smell, and be equally wary of, the research of environmental advocates who are also promoting a point of view. Bias is bias, even if what it says favors your position.

Humans are saddled with an innately affective risk perception system that relies heavily on feelings, and not just the facts, for figuring out risks. That system worked fine back when risks were simpler. But the threats of the modern world are more complex and require more careful and objective analysis. The scientific process can help society with that work, but only if it remains scrupulously objective. When the scientists we depend on to help us understand the complicated risks we face let subjective views interfere with a fair and honest search for the truth, it only makes it harder for society to make smart, healthy choices about the complex threats posed by our modern world.