6 sci-fi prophecies that are already here

Think the future isn't already here with us? Think again! 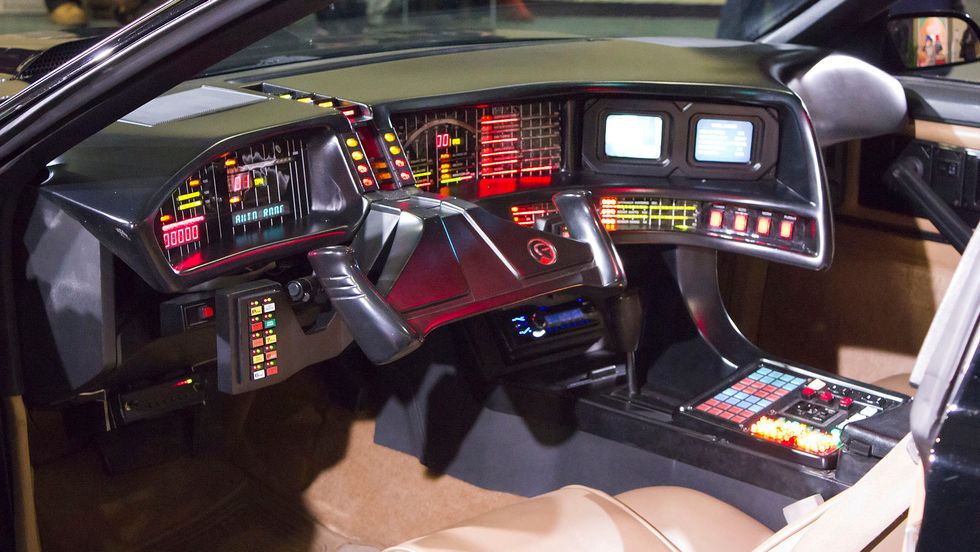 One of the reasons we love sci-fi so much is that it has an amazing ability to make the most impossible concepts actually feel possible. Well, it turns out that some of these concepts are much closer to reality than we might think. In fact, some of them are already a reality.

In this article, we’ll take a look at six of the most popular sci-fi prophecies that are already here in 2018.

We’ve witnessed many different experimental interpretations of virtual reality over the past few decades. From perhaps one of the most famous movies of all time, The Matrix, to The Veldt, a short story about two children and a virtual nursery, to The Tunnel Under the World, a story about a man who was forced to relive the same day over and over again, before discovering that he was trapped in a virtual marketing simulation.

Perhaps one of the most accurate descriptions of the VR we have today is Pygmalion’s Spectacles - a short story written in 1935 by Stanley G Weinbaum.

Now, thanks to headsets like HTC Vive and Oculus Rift, virtual reality has become available for the mainstream population to enjoy. In the future, it’s likely that virtual reality will be developed even further to impact all of our senses, including the likes of even touch and smell.

100% the best stock image we've ever come across at Big Think, c/o Pixabay.

Augmented reality has been a popular concept in many sci-fi works. Smart Glasses that give characters x-ray vision are one example.

Snapchat filters are one example of augmented reality in action, but this is only the beginning. There are now augmented reality cameras capable of conducting 3D scans of entire rooms. This is very effective for redesigning areas, as it can help to measure spaces and even placing virtual items, such as furniture, into them to see how it will look.

Just imagine contact lenses that are also cameras, giving them the ability to record and store whatever you see so you can play it back whenever you want to - your wedding, the birth of your child, or a particularly happy vacation that you don’t want to forget.

Well, Sony has recently filed a new patent for ‘smart contact lenses’ that actually record your experiences. The technology behind these lenses would be highly sophisticated. They would feature special sensors that would convert mechanical energy into electrical energy to activate the camera. It would even be able to adjust for the tilt of the wearer’s eye and use autofocus to adjust for blurry images.

The electronic tablet appeared in many science-fiction works many years before it was actually created and sold to the public by the likes of Apple and Samsung.

If you’ve ever seen the likes of 2001: A Space Odyssey that was released all the way back in 1968, you might remember the tablet-like device.

In the Samsung-Apple patent battle where Apple claimed that Samsung’s Galaxy phones and tablets infringed on Apple’s intellectual property, Samsung even used this scene to claim that iPad-like tablets had already been established as ‘prior art’.

When Disney’s Smart House movie was released back in 1999, most of the technology seemed like a far-off concept. But fast forward today, and it turns out that quite a lot of it is already a significant part of our everyday lives.

The movie features a family that moves into a ‘house of the future’ that is run by an inbuilt virtual assistant. There are a couple of concepts that particularly stand out.

For instance, the family relied on a voice-powered smart assistant - much like Amazon Echo - to delegate tasks. The assistant could even support voice commands for tasks such as controlling the lighting or the temperature of your home - something that many of us have implemented in our homes today.

KITT and The Hoff, press photo for Knight Rider, 1982.

Back in 1990, Arnold Schwarzenegger took a self-driving taxi called a  ‘Johnny Cab’ in the movie, Total Recall. Fast forward to today, and Google is now test-driving self-driving cars. As of today, Google’s cars have racked up a total of over eight million self-driven miles. Right now, their cars are driving a combined total of 25,000 miles per week - most of which is done on complex city streets. They’re already rolling out their first public trial of self-driving cars in Phoenix, AZ in the United States.

Meanwhile, Tesla’s Elon Musk reports that within the next year or so, Tesla cars will be able to drive themselves all the way from California to New York without any human interaction.

However, following a recent report by Navigant Research at the beginning of 2018, it’s clear that what was once thought to be one of the leading players in the autonomous car industry still has quite a long way to go.

This is only the beginning

As technology continues to advance, we’ll see more and more implementations of concepts that we once believed to be impossible.

So the next time you watch a sci-fi movie, pay close attention - in a few years, it could become a part of our everyday reality.