How Too Much Education Can Result in Ignorance

The more education people have, the more ignorant they may be. Ignoring our ignorance and assuming we know much more than we actually do seems to be a universal human tendency. 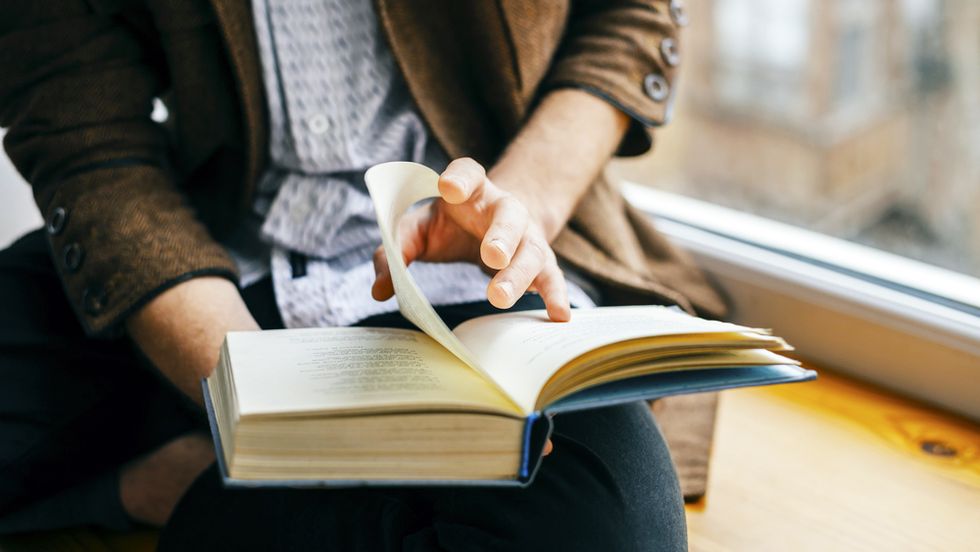 Quick: Are you at all familiar with ultralipids, cholarine, or plates of parallax? All of them? One of them? None? Read on, and in a couple of paragraphs you’ll see what your answer means for your personal level of ignorance.

“The trouble with the world,” Bertrand Russell quipped, “is that the stupid are cocksure while the intelligent are full of doubt.” If a large body of research by Cornell psychologist David Dunning is to be trusted, Russell wasn’t even half right. The stupid may indeed harbor wildly overblown assumptions about their capacities, but the same is true of people on the other end of the intelligence spectrum. In fact, the more education people have, the more ignorant they may be. Ignoring our ignorance and assuming we know much more than we actually do seems to be a universal human tendency.

In a recent article in Pacific Standard, Dunning proposes that “we are all confident idiots.” (He’s pretty sure about that.) “In many areas of life,” Dunning writes, “incompetent people do not recognize — scratch that, cannot recognize — just how incompetent they are.” Jimmy Kimmel’s popular “Lie Witness News” bit — where he feeds people on the street misinformation and watches them riff on it as if it were real — is only the tip of the iceberg. Ask survey respondents if they are familiar with “entirely made up” concepts like those in the first sentence of this post, and 90 percent will attest to be at least somewhat knowledgeable about some of them. (Did you?) We tend to resist recognizing when we have a vacuum of knowledge. We think we know a lot more than we do. And we make stuff up, often without realizing it, just to assure our egos that we are good enough and smart enough. “[P]eople who don’t know much about a given set of cognitive, technical, or social skills,” Dunning writes, “tend to grossly overestimate their prowess and performance, whether it’s grammar, emotional intelligence, logical reasoning, firearm care and safety, debating, or financial knowledge.”

That assured ignorance can be extremely dangerous. Dunning suggests that it was a contributing factor in the 2008 financial collapse. Recent research shows how badly informed Americans are when it comes to basic principles of finance:

"In 2012, the National Financial Capability Study, conducted by the Financial Industry Regulatory Authority (with the U.S. Treasury), asked roughly 25,000 respondents to rate their own financial knowledge, and then went on to measure their actual financial literacy. The roughly 800 respondents who said they had filed bankruptcy within the previous two years performed fairly dismally on the test — in the 37th percentile, on average. But they rated their overall financial knowledge more, not less, positively than other respondents did. The difference was slight, but it was beyond a statistical doubt: 23 percent of the recently bankrupted respondents gave themselves the highest possible self-rating; among the rest, only 13 percent did so. Why the self-confidence? Like Jimmy Kimmel’s victims, bankrupted respondents were particularly allergic to saying, 'I don’t know.'"

Dunning’s most intriguing idea is that we don’t even have a grasp on what “ignorance” really is. Most people think of ignorance as a lack of information, gaps in our knowledge that could be filled in with appropriate training or education. That’s too hopeful:

"The way we traditionally conceive of ignorance — as an absence of knowledge — leads us to think of education as its natural antidote. But education, even when done skillfully, can produce illusory confidence."

Here, Dunning’s primary example is driver’s education courses, which “tend to increase, rather than decrease, accident rates.” How is that possible? Because after taking Driver’s Ed, most people think of themselves as sophisticated, savvy motorists who know just what to do if they begin to skid on a slick road. Having that certificate on their fridge “leaves them with the lasting impression that they’re permanent experts on the subject.” Unfortunately, “their skills usually erode rapidly after they leave the course.” Drivers would be better off if they steered clear of icy roads entirely rather than try to navigate them with their weaker-than-they-know winter driving skills.

It’s tempting — well, more than tempting, natural — to read these ideas and project them outward on the rest of humanity. "Sure, other people might have no idea they’re so incompetent, but I’ve got a pretty firm grasp on what I know and what I don’t know," you might be thinking. But you'd be wrong. The problem, Dunning says, "is one that visits us all." He explains that while our brains are great at cramming our heads with reams of knowledge, they “do not confer ... insight into the dimensions of our ignorance.” The antidote for organizations and small groups may be listening to devil’s advocates, which I wrote about recently. For individuals, the strategy is to

“... be your own devil’s advocate: to think through how your favored conclusions might be misguided; to ask yourself how you might be wrong, or how things might turn out differently from what you expect. It helps to try practicing what the psychologist Charles Lord calls ‘considering the opposite.’ To do this, I often imagine myself in a future in which I have turned out to be wrong in a decision, and then consider what the likeliest path was that led to my failure."

Even with all these safeguards, it’s inevitable that we’ll make mistakes when we think we’re really on top of our game. There may be an evolutionary explanation for this irony: If we were wracked with an appropriate dose of doubt about every decision we faced, we’d be paralyzed. We’d never get married, agree to take a job, or buy a house, let alone pick a flavor of yogurt at the grocery store.

But of course the armchair speculation in the previous paragraph is just that: a plausible, but weakly considered insight. That doesn’t mean it’s wrong. But it should be taken with a grain of salt. And speaking of evolutionary theory, Charles Darwin probably put it best in his introduction to The Descent of Man when he claimed that opponents of the theory of evolution had their heads in the sand:

"It has often and confidently been asserted, that man’s origin can never be known, but ignorance more frequently begets confidence than does knowledge: It is those who know little, and not those who know much, who so positively assert that this or that problem will never be solved by science."

Couple that idea with the concept of Socratic wisdom — the Athenian philosopher’s announcement that his wisdom consists in the fact that he knows that he knows nothing — and you have something of a recipe for confronting, if not overcoming, Dunning’s conundrum.