Why Is the Supreme Court Losing Popularity? 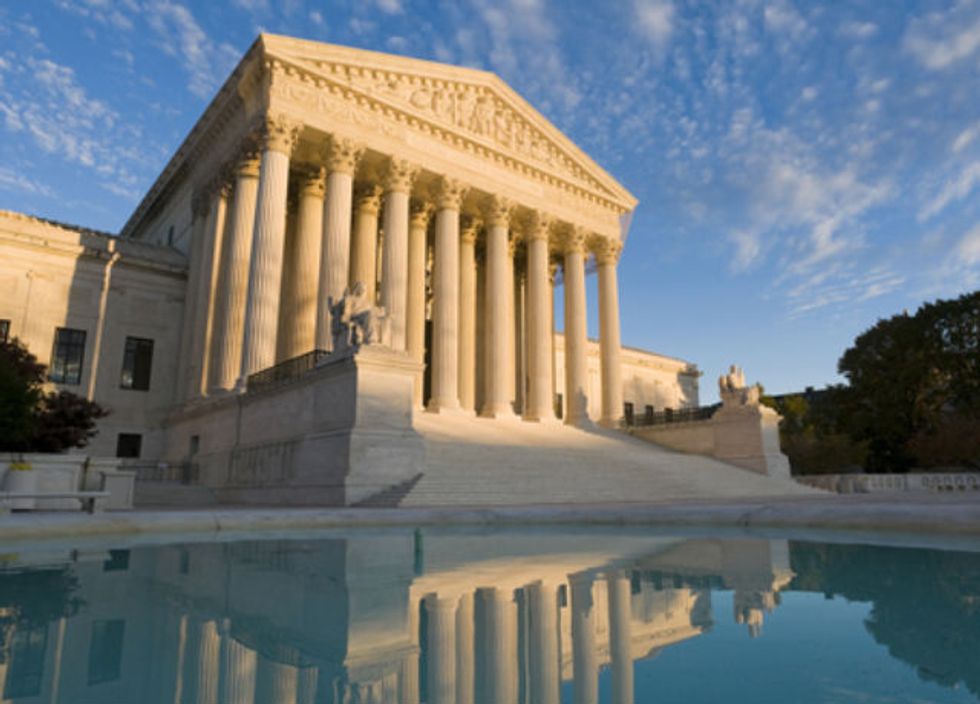 After enjoying ratings as high as 80 percent in the mid-1990s, the Supreme Court today has the support of only 44 percent of Americans according to a New York Times-CBS News poll released this morning. This figure is even lower than the 52 percent approval level reported in a Pew study last month. The Supremes are still nearly three times as popular as Congress, and are in a statistical dead heat with President Obama, but their support has never been this low.

Why are Americans losing love for their highest court?

Here is Adam Liptak’s analysis in the Times:

The decline in the court’s standing may stem in part from Americans’ growing distrust in recent years of major institutions in general and the government in particular. But it also could reflect a sense that the court is more political, after the ideologically divided 5-to-4 decisions in Bush v. Gore, which determined the 2000 presidential election, and Citizens United, the 2010 decision allowing unlimited campaign spending by corporations and unions.

Growing cynicism toward government in general is no doubt part of the story. But Liptak’s claim that “a sense that the court is more political” is less persuasive than it first appears, for two reasons.

1. Many respondents who believe the Court is politicized still approve of the way it is doing its job.

According to the survey, 76 percent of Americans believe members of the Court allow politics to influence their decisions, while only 36 percent disapprove of the way the court is handling it job. On its face, this means that 40 percent of the respondents approve of the politicization of the court.

This sounds crazy. But can it be true? Part of the surprising gulf between these numbers stems from the survey’s poor design. Here is the question on which Liptak builds his argument that “many Americans do not seem to expect the court to decide [cases] solely along constitutional lines”:

The results were as follows: 13 percent said “legal analysis” alone; a whopping 76 percent said the justices “sometimes let their own personal or political views influence their decisions,” 4 percent said “some do, depends,” and 8 percent did not respond or said they didn’t know.

But, again, if three quarters of Americans think the justices are political hacks, why isn’t the 44 percent approval rating even lower? Why do fewer than half of the respondents who think the court is politicized disapprove of the way the court is handling its job?

The slippery word in the question is “sometimes,” which sits uncomfortably with the prefatory “in general.” Imagine you were asked the question: In general, do justices “sometimes” allow their personal views to influence their decisions? You would have to believe that justices’ political leanings never have any influence on their rulings to answer in the negative.

I’d bet that the responses to that question would be far different if “sometimes” were left out of the question or if “sometimes” had been replaced with “often.” With either alternative, the 76 percent figure would come way down.

Justices are human beings, and most people reasonably believe it is unrealistic to expect anyone to have a completely detached, impersonal perspective all of the time. Many of the individuals surveyed could believe that justices base their decisions primarily on the law and only occasionally allow a personal view to factor into their rulings, but this was not one of the available responses in the survey.

There is another reason to doubt that Liptak’s analysis fully explains the Court’s decline in the court of public opinion:

2.  Weak favorability ratings stretch across the ideological spectrum, but the most controversial recent decisions trouble only those on the left.

Liptak mentions two cases from this century that have provoked loud cries from Democrats: Bush v. Gore and the Citizens United decision. Both rulings have inspired scholarly critique and popular outrage; the latter even spurred President Obama to condemn the ruling in his 2010 State of the Union address.

There is no doubt that opposition to these cases fuels a lot of disapproval of the Court from the left. But as Liptak himself notes, it isn’t just Democrats and left-leaning independents who tend to disapprove of the job the court is doing. Republicans do as well, in pretty equal numbers. In the Pew poll, for example, only 52 percent of Democrats and independents and 56 percent of Republicans had a favorable view of the court. The four-point difference is within the statistical margin of error: there is virtually no partisan divide when it comes to faith in the Court.

So why aren’t Republicans happier, overall, with the Court’s performance? Maybe they’d like it to be even closer to their ideological perspective. Maybe they are still fuming about President Obama’s two nominees to the Court, Justice Sotomayor and Justice Kagan, even though neither appointment altered its balance of power. That balance remains in favor of conservative positions, though Justice Kennedy occasionally sides with the court’s liberal bloc. His view will likely determine the fate of Obama’s health care legislation later this month.

Whatever accounts for declining Supreme Court support among the public, it’s worth reminding ourselves that the judiciary is not a popularly elected branch of government for a reason. Whether or not it is the “least dangerous branch,” as Alexander Hamilton claimed in Federalist 78, the judiciary is the only branch of government that our Constitution permits to operate independently of the desires of political majorities.

Considering how little Americans know about who sits on the Court, how it operates and what decisions it reaches, though, there is cause for skepticism about how much approval ratings reveal about the institution.