How You Can Outsmart Your Own Stupidity

The first step is recognition. 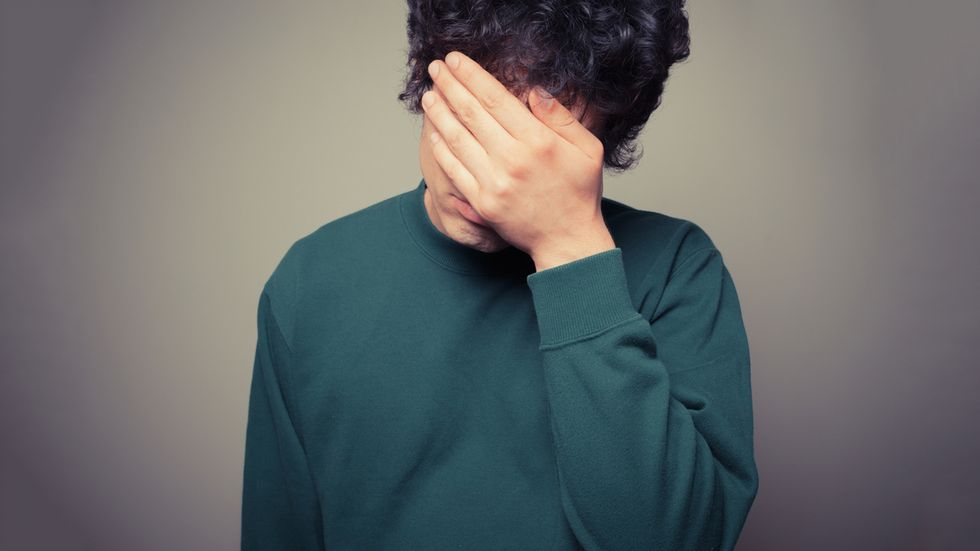 The first step is recognition. We all have peccadillos that chip away at our enjoyment and quality of life: leaving the coffee cup on top of the car and driving away, hitting the snooze bar one too many times, abandoning the new exercise routine, procrastinating on the long-term project, smoking that cigarette. If we examine ourselves going about our business for a day or two, it would be fairly easy to make a list of our stupid tendencies. The trick is how to break the cycle.

Recently in The New York Times, Carl Richards recounted a conversation he heard between a journalist and an academic on this subject. Richards didn’t name the interlocutors, but the academic sounds quite a bit like Daniel Kahneman. Kahneman is a Nobel Prize-winning cognitive psychologist and author of Thinking Fast and Slow, a weighty compendium of all varieties of human folly. Richards heard the Kahneman-esque academic say that there’s no chance of changing irrational behavior: “[M]y only hope is that by reading my studies and my books, people will know what to call the mistake after they’ve made it.”

There must be a way to correct for and counterbalance one’s cognitive biases...

Richards was not satisfied with this fatalistic response. There must be a way to correct for and counterbalance one’s cognitive biases, he wrote. Richards conflates simple forgetfulness and other errors of execution with errors of reasoning — the latter is really Kahneman’s subject — but his analysis is still interesting.

Ever put some groceries in a friend’s refrigerator? How many times did you remember to take them home? Richards' mother has the perfect solution:

My mom comes to our house all the time, and when she leaves, she often forgets something. Sometimes it’s her glasses; sometimes it’s her purse. Recently when she came to our house, she brought in a few groceries to stash in our fridge while she stayed for dinner. I watched her take a few steps, and I could tell she was thinking about something.

She knew that if she didn’t do something to remind herself, she would leave the groceries in the fridge. So she went back to the fridge, opened the door, and set her car keys next to her groceries. As she closed the fridge, she said to me, “Now I won’t forget my groceries because I can’t leave without my keys.”

Brilliant. Here the author’s mother used her own need to drive home as a wedge to force her back to the fridge to collect her groceries:

I love this hack for a couple of reasons. First, my mom noticed a tendency she had to forget things. Second, she put a simple guardrail in place to avoid making the mistake. It doesn’t require any new gadgets or checklists to work, and it’s repeatable. No matter where she goes, if my mom keeps her keys with whatever she needs when she leaves, she will be less likely to forget something.

Similar examples suggest themselves. Put your car keys on top of the coffee cup, or on the hood of the car in the driver’s line of view, and you’ll never drive away with black liquid sloshing on your windshield again. Set yourself a meal schedule that corresponds to interim accomplishments on your project, and lock up the food until you have attained those partial milestones.

Don’t be afraid to seek out the right kind of partner to help keep you on track.

But often, when it comes to more serious obstacles or challenges to living a rewarding and healthy life, you will find it difficult to set things up so smoothly on your own. Don’t be afraid to seek out the right kind of partner to help keep you on track. This is why members of Al-Anon are encouraged to seek out a “sponsor” to help keep them on the straight and narrow. It’s why academics face publishing and conference deadlines tied to colleagues. Without the negative incentive of letting your fellow panelists down, papers may not get written and relationships with colleagues would begin to fray.

It may appear problematic to say that multiple people are better than a single individual at warding off procrastination or drinking. If we're all irrational, then getting a bunch of irrational people together to solve a problem sounds like a pipe dream. But people are better judges of other people's character, virtues, and vices than of their own, and friends can police each other more effectively than they can check themselves. The key message is to weave your life plans into a web of relationships to give others (and yourself) greater accountability and staying power.