President Donald Trump delivered his first State of the Union address on January 30, which called for unity, outlined his accomplishments in his first 12 months, and highlighted a number of proposals he’d like to tackle in the upcoming year. The president hammered mostly domestic issues, such as the state of the economy, tax cuts, and immigration. Missing were comments on the Russian investigation and any mention of the #MeToo movement.

Trump has been called a populist, and his campaign and presidency have ridden on homespun or colloquial language, the speech of everyday people, rather than that of the highfalutin upper classes. So how relatable was Trump’s speech? To evaluate this objectively, you could look at what reading level it was at. The average American reads between a 7th and 8th grade level.

Most presidential candidates speak on a 6th-8th grade level, according to a 2016 study out of Carnegie Mellon University. The study employed automatic speech recognition (ASR) systems to analyze transcripts of speeches. Such systems relied on the Flesch-Kincaid readability test, which indicates what can be read by the average student at a certain grade level. It does so by assessing the average sentence length of a reading passage and the average number of syllables per word. Most metrics look at sentence length and vocabulary.

The study found that when it came to campaign speeches, Barack Obama, George W. Bush, Bill Clinton, Reagan, and Lincoln, all spoke on an 8th grade level, while Trump’s speeches lie just below a 6th grade level. Lincoln’s Gettysburg Address clocked in at a 10th grade level, grammatically. 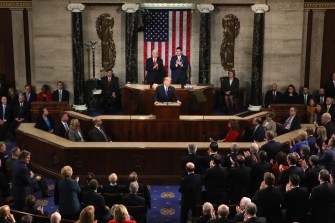 What is the reading level of most SOTU addresses and where does Trump’s clock in? Credit: Getty Images.

An online tool called The Readability Analyzer by Datayze.com can help to evaluate the reading level of several modern presidents’ State of the Union Addresses. A president in these speeches is typically at his (and perhaps someday her) best.

In addition to Flesch-Kincaid, the tool uses several other scales including the Gunning Fog Index, Kincaid Grade Level, SMOG formula, Dale-Chall readability score, and Fry Reading Graph. For greater understandability, I’ve selected two of the most reliable, the Flesch-Kincaid Grade Level heuristic, which indicates that the text can be read by the average student in their own grade level, and the Dale-Chall readability score.

Rather than syllable counts, Dale-Chall uses a list of 3,000 words that are easily understood by 80% of fourth-grade students. The readability score is computed based on how many words in the passage are not on the list. To get an idea of how it works, a score of 4.9 can be read by your average 4th grader. A score of 9.0-9.9 is easily understood by an average college student. 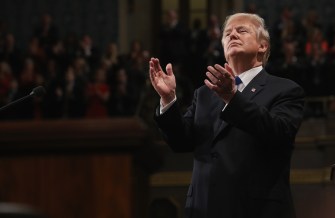 Dale-Chall score: 7.71 (understood by an average 9th or 10th-grade student)

Most notable quote: “Americans are dreamers too.”

“Most importantly, these four pillars will produce legislation that fulfills my ironclad pledge to only sign a bill that puts America first. So let us come together, set politics aside, and finally get the job done.” 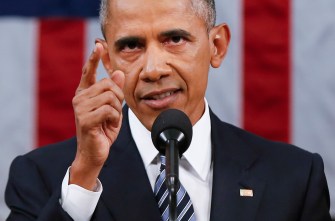 Dale-Chall score: 7.19 (understood by an average 9th or 10th-grade student)

Most notable quote: “That’s the America I know. That’s the country we love. Clear-eyed. Big-hearted. Optimistic that unarmed truth and unconditional love will have the final word.”

“Of course, a great education isn’t all we need in this new economy. We also need benefits and protections that provide a basic measure of security. After all, it’s not much of a stretch to say that some of the only people in America who are going to work the same job, in the same place, with a health and retirement package, for 30 years, are sitting in this chamber.” 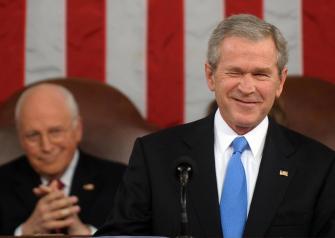 Most notable quote: “States like these and their terrorist allies constitute an axis of evil, arming to threaten the peace of the world. By seeking weapons of mass destruction, these regimes pose a grave and growing danger. They could provide these arms to terrorists, giving them the means to match their hatred. They could attack our allies or attempt to blackmail the United States. In any of these cases, the price of indifference would be catastrophic.”

“In the long run, men and women who are free to determine their own destinies will reject terror and refuse to live in tyranny. And that is why the terrorists are fighting to deny this choice to the people in Lebanon, Iraq, Afghanistan, Pakistan, and the Palestinian Territories. And that is why, for the security of America and the peace of the world, we are spreading the hope of freedom.” 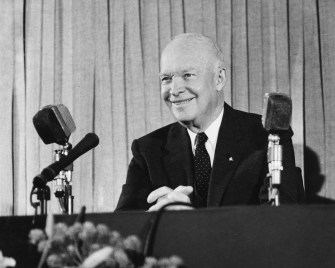 Most notable quote: “If progress is to be steady we must have long term guides extending far ahead.”

“We now stand in the vestibule of a vast new technological age—one that, despite its capacity for human destruction, has an equal capacity to make poverty and human misery obsolete. If our efforts are wisely directed—and if our unremitting efforts for dependable peace begin to attain some success—we can surely become participants in creating an age characterized by justice and rising levels of human well-being.” 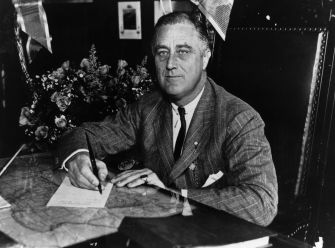 Most notable quote: “Yes, we believe that the Nazis and the fascists have asked for it — and they are going to get it.”

“Our enemies are guided by brutal cynicism, by unholy contempt for the human race. We are inspired by a faith that goes back through all the years to the first chapter of the Book of Genesis: “God created man in His own image.” We on our side are striving to be true to that divine heritage. We are fighting, as our fathers have fought, to uphold the doctrine that all men are equal in the sight of God.

Those on the other side are striving to destroy this deep belief and to create a world in their own image—a world of tyranny and cruelty and serfdom. That is the conflict that day and night now pervades our lives. No compromise can end that conflict. There never has been—there never can be—successful compromise between good and evil. Only total victory can reward the champions of tolerance, and decency, and freedom, and faith.”

What does this say about Trump’s first State of the Union Address?

Considering “American” has four syllables and “tremendous” has three, the Flesch-Kincaid Grade Level test may not give much indication as to how thoughtful or intelligent any speech is. Trump’s score indicates what was evident to all who watched the address: he stuck to the script and upped his game. It’s also a sign of a broader trend: the addresses have only been delivered to the public verbally since 1913 with the advent of radio, and were until then circulated as a written letter. As BuzzFeed News reports, since George Washington’s inaugural State of the Union Address in 1790, the reading level has steadily declined, which is in tune with the democratization of politics and media, and the change of format from written to verbal address. Presidents, it seems, are more relatable that ever. 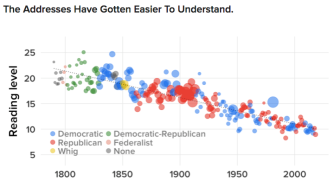 Reading grade level for every presidential message and address to Congress since 1790. Each address is a point, colored by the president’s party and sized by its length, in words. (Includes addresses to joint sessions of Congress in presidents’ first years of office, which are not officially State of the Union addresses.) Credit: Peter Aldhous for BuzzFeed News/ data viapresidency.ucsb.edu.
Tags
historical presidentsmodern presidentsreadabilityreading levelState of the Union Addresstrump
In this article
historical presidentsmodern presidentsreadabilityreading levelState of the Union Addresstrump
Related
The Present
Trump sends Pompeo to Saudi Arabia to discuss journalist’s disappearance
The disappearance of Saudi journalist Jamal Khashoggi has caused international controversy.
The Present
Kanye shares big ideas with Trump at White House
West delivered an impassioned speech on American industry and transport, even pitching a high-tech plane to Apple.
▸
with
Stephen Johnson
The Present
U.N. ambassador Nikki Haley suddenly resigns
Haley, who’s at times been both a supporter and critic of the president, reportedly “shocked” White House officials by announcing the end of her two-year tenure as a U.N. ambassador.
The Present
White House edits transcript of Trump mocking female reporter
The White House quoted the president as telling ABC News reporter Cecilia Vega that she’s “never thanking.”
The Present
Why are U.S. Supreme Court justices appointed for life?
U.S. Supreme Court justices receive lifetime appointments to the bench, but many wonder if indefinite terms do more harm to our legal system than good.
Up Next
Leadership
Want to Succeed? Fail Until You Find Your Passion
In this video, Sarah Robb O’Hagan discusses some of the experiences and revelations that she had while working on her book, Extreme You. Among the most impactful realizations is how many […]