As frightening as the war of words is between the President Trump and North Korea’s Kim Jong-un, the epithets they’ve been lobbing at each other remind us just what an art form a well-crafted burn can be. Not that the two volatile combatants are especially good at it.

Trump’s “Rocket Man” has the unintended consequence of making his adversary sound cool, as noted by Seth Meyers. Kim’s characterization of the U.S President as a “deranged US dotard”—rhymes with “goatherd”— had many people reaching for their dictionaries to learn what he meant.

“Dotard” dates back at least 600 years to Chaucer — it’s “a person, especially an old person, exhibiting a decline in mental faculties; a weak-minded or foolish old person.” As the New York Times pointed out, it’s probable Kim really used the Korean equivalent of “dotard,” which is “neukdari,” a lazy, useless, demented elder. 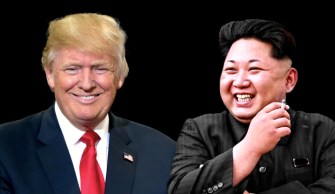 Maybe the two leaders’ weak battle of words — where’s the North Korean speechwriter who said George W. Bush looked like “a chicken soaked in the rain?” — can reawaken our appreciation for this long neglected, often-awesome, use of language.

After all, it’s not like English has ever lacked the words for mockery. Fish of Gold cites overstuffed handfuls of words with which to dazzle and dispirit the nearest ninnyhammer (a foolish person). They’re equally useful should you happen across a blatherskite, chucklehead, clodpoll,or cretin. Should the nitwit dare to respond, simply characterize the dope’s rejoinder as sheer applesauce, bunkum, beans, tosh, hooey, taradiddle, or fiddle-faddle. Plus as the site notes, some of these obscure insults serve a dual purpose: They make you sound like a ninnyhammer for using them. Why is being mean so much fun?

We do love a good insult, and comedians from Groucho Marx to Triumph the Insult Comic Dog have built careers around them, though we’ll never know what the late master Don Rickles’ all-purpose “hockey puck” imprecation actually meant. And, of course, we’d rather they be aimed at someone else, as when a comedian warns a heckler, “You don’t want my undivided attention.”

As noted earlier, the “father of English literature” Geoffrey Chaucer loved to get off a good one, but the recognized master has to be William Shakespeare, who also used “dotard.” 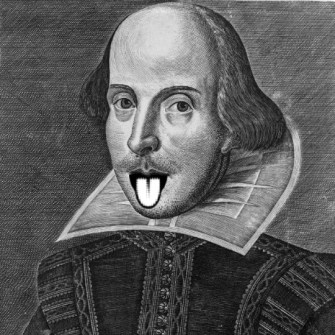 There’s a website, Shakespeare Insulter, where you can have the honor of being mocked by the Bard yourself, one tasty slur at a time. Who else do we have to thank for inventing the dozens: “Villain, I have done thy mother” from Titus Andronicus?

Here are some of Shakespeare’s that we love, though there are lots to choose from and every fan has his or her own favorites:

• Away, you three-inch fool! (Taming of the Shrew)

• Thine face is not worth sunburning. (Henry V)

• There’s no more faith in thee than in a stewed prune. (Henry IV)

• Thou art a boil, a plague sore (King Lear)

• I’ll beat thee, but I would infect my hands. (Timon of Athens)

Nowhere does Shakespeare seem to take as much joy as in his extended put-downs, and he apparently had bile to burn in Henry IV, from which these choice daggers come:

• That trunk of humours, that bolting-hutch of beastliness, that swollen parcel of dropsies, that huge bombard of sack, that stuffed cloak-bag of guts, that roasted Manningtree ox with pudding in his belly, that reverend vice, that grey Iniquity, that father ruffian, that vanity in years?

For goodness’ sake, the man even has a coffee mug. 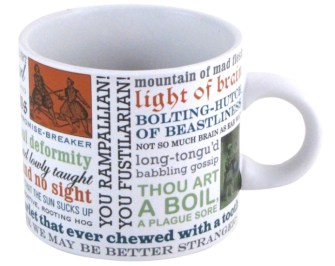 It’s obvious the current name-calling is deadly serious, of course, the very opposite of Shakespeare’s  funny. We just need a nervous chuckle or two as we wait, fingers-crossed, to see what these two wild cards get themselves — and the rest of us — into.

The findings at L’Anse aux Meadows mark the the earliest known year by which human migration had encircled the planet.
Up Next
Politics & Current Affairs

Taking Antidepressants Long-Term May Increase Your Risk of Death Significantly

There was a silver lining for patients who have heart disease or diabetes.