On August 28, 1955, 14-year-old Emmett Louis Till was kidnapped, tortured, murdered, and lynched in Mississippi. It was—and still is—one of the most notorious hate crimes in U.S. history.

Till, nicknamed “Bobo” by family, was just 14 years old when Carolyn Bryant (now Donham), a 21-year-old shopkeeper of Bryant’s Grocery in Money, MS, told police that he’d grabbed her and whistled at her. This was August 26, 1955, during a time when accusing an African American of something like this held much weight and usually led to trouble. It was also just a year after the landmark Brown V. Board of Education ruling that desegregated schools.

Two days later, Bryant’s husband, Roy Bryant, and his half-brother J.W. Milam, kidnapped Till from his house, tortured, and then lynched the boy, throwing his body into the Tallahatchie River. 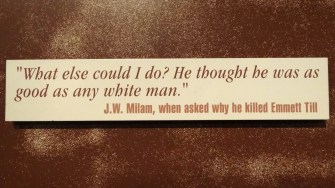 A funeral for the boy drew 50,000 mourners, and Till’s mother held an open-casket funeral to show just how much Emmet had endured.

She explained why in the documentary, The Untold Story of Emmett Till. “I said I want the world to see this because there is no way I could tell this story and give them the visual picture of what my son looked like.”

It was one of the key sparks of the civil rights movement. In fact, Rosa Parks was thinking of Till when she refused to move to the back of the bus just a few months later. 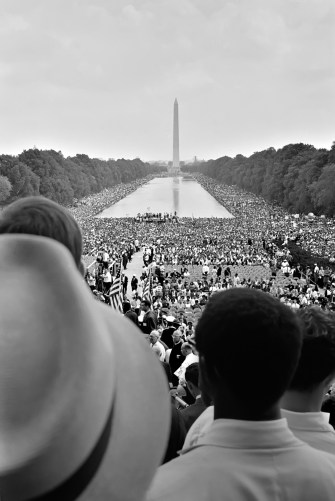 The men were accused of Till’s murder later that year but they were acquitted by an all-white jury… only to confess to the murder in Look magazine, 1956, for the tidy sum of $4,000 (almost $40,000 in today’s dollars). Despite that confession, nothing ever happened to them.

In 2007, the case was officially closed. But in a curious note on page 26 in a U.S. government document from February 2018 that listed several such racially motivated cases, it is now listed as “re-opened.” That report is a requirement each year under the Emmett Till Unsolved Civil Rights Crimes Act of 2016. The report reads:

The Department has re-opened In re Emmett Till, a case which had been listed as closed on prior Reports, after receiving new iliformation. (See details on this matter in Section D). Because it is an active investigation, the Department cannot provide any additional information at this time.

There is much speculation that The Blood of Emmett Till, a book by Duke University professor Timothy B. Tyson released in late 2017, revealed that Donhan (Bryant) confessed to fabricating the story about Till, and she claimed to never expect what happened to him.

Since that book was released, Till’s relatives have called for a reopening of the case, which appears to now be forthcoming. One of their stated reasons is to find out if there was a third person involved in his murder.

Psychologists are finding that moral code violations can leave an enduring mark — and may require new types of therapy.
Up Next
Sex & Relationships

It’s been demonstrated that women are more attracted to men with attitudes of benevolent sexism. A new study asks why.