Kardashian’s immediate goal of the meetings is to convince the president to commute the sentence of Alice Marie Johnson, a 62-year-old great-grandmother who’s serving a life sentence in prison for her role in a cocaine trafficking conspiracy in the early 1990s.

“I couldn’t find a job fast enough to take care of my family,” Alice Marie Johnson is quoted as saying in a petition post calling for clemency. “I felt like a failure. I went to a complete panic and out of desperation I made one of the worst decisions of my life to make some quick money.”

Kardashian reportedly became interested in the case after seeing a short documentary on Johnson produced by Mic.

The video doesn’t quite tell the whole story.

Court documents show that Johnson and others worked with at least one member of the Colombian Cali drug cartel from 1991 to 1994 to traffic thousands of kilograms of cocaine from Houston to Memphis. Johnson also recruited another person, Maurice Mondie, into the conspiracy.

Johnson’s co-conspirators were offered lesser sentences in exchange for testifying against her, and she was ultimately convicted in 1996 of conspiracy to possess with intent to distribute cocaine, attempted possession of cocaine with intent to distribute and deliver, money laundering, conspiracy to commit money laundering, and structuring a monetary transaction.

That’s not to say Johnson deserved her sentence of life without parole, a punishment that was common in the 1990s when mandatory minimums were encouraged by former President Bill Clinton’s 1994 crime bill.

Most research shows that those kinds of tough, lengthy prison sentences have a marginal impact on reducing drug dealing.

“We did the experiment. In 1980, we had about 15,000 people behind bars for drug dealing,” Mark Kleiman, a drug policy expert at the Marron Institute at New York University, told German Lopez at Vox. “And now we have about 450,000 people behind bars for drug dealing. And the prices of all major drugs are down dramatically. So if the question is do longer sentences lead to a higher drug price and therefore less drug consumption, the answer is no.”

Kardashian would likely agree. In an interview with Mic published earlier this month, the reality TV star said that if granted an audience with the president she’d “explain to him that, just like everybody else, we can make choices in our lives that we’re not proud of, and that we don’t think through all the way.” 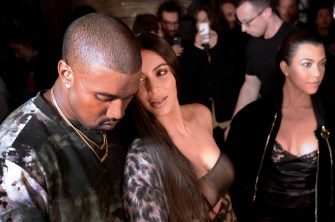 According to a report from Vanity Fair, Kardashian has been in talks about prison reform and the Johnson case with senior advisor Jared Kushner for months. Kushner, whose father Charles was sentenced to a federal prison camp in 2005 on charges of tax evasion, illegal campaign contributions, and witness tampering, was a receptive audience.

“If we can start showing that we can make the prisons more purposeful and more effective at lowering the recidivism rate over time, that may help the people who are trying to make the argument for sentencing reform,” Kushner said at an event in the East Room earlier this month.

President Trump responded: “Get a bill to my desk, and I will sign it.” The House soon after passed the First Step Act, which incentivizes prisoners to participate in rehabilitation programs, in a 360-59 vote.

Last week, Trump issued a presidential pardon to the late legendary boxer Jack Johnson, who in 1913 was found guilty of violating the Mann Act in what most agree was a racially motivated case.

“They thought it was going to be signed in the last administration, and that didn’t happen,” Trump said in a swipe at former President Barack Obama.

It’s yet unclear where Trump stands on the Johnson case, but a quote from one of his rallies in March provides a hint:

“You kill 5,000 people with drugs because you’re smuggling them in and you are making a lot of money and people are dying. And they don’t even put you in jail,” Trump said. “That’s why we have a problem, folks. I don’t think we should play games.”

In February, Axios published a report that includes insider sources saying the president doesn’t believe lenient penalties work on drug dealers, and that he has said they should get the death penalty.

“He often jokes about killing drug dealers,” an official told Axios. “He’ll say, ‘You know the Chinese and Filipinos don’t have a drug problem. They just kill them.’”

What’s more, Attorney General Jeff Sessions has long supported the same kind of mandatory minimum sentencing that was applied in the Johnson case.

But, honestly, who knows? Trump may be willing to do his fellow reality TV star a favor, especially because her husband Kanye West shocked the country in April by donning a red MAGA hat in public.

It’d be a fitting present for Johnson, who celebrates her 63rd birthday today.

“Happy Birthday Alice Marie Johnson,” Kardashian wrote on Twitter. “Today is for you.”

Related
Thinking
Finding your essential self: the ancient philosophy of Zhuangzi explained
Adopting a healthy scepticism towards inherited ideas means “emptying the container of the Self.”
The Future
Startup’s bladeless flying car is designed to reach Mach 0.8
One of Jetoptera’s VTOLs is expected to reach speeds of around 614 mph, about as fast as a commercial jet airliner.
Health
New blood types are often discovered following medical disasters
New blood types are regularly discovered by an unusual absence or an unusual presence — both of which can result in tragedy.
The neuroscience of loving music
Humans are musical animals four million years in the making, explained by music expert Michael Spitzer.
▸
8 min
—
with
Michael Spitzer
Life
Scientists use CRISPR to insert an alligator gene into a catfish
Disease kills off 40% of farmed catfish. This gene protects them.
Up Next
Culture & Religion
Can Ambien make you racist? No, but it can bring negative emotions to the surface.
The popular sleep drug Ambien, which Rosanne Barr appears to have taken recreationally, can dredge up what you already have in your brain.