You’re watching your Tickemaster app like a hawk on the hunch a promoter’s about to make tickets available for that concert. You’re right: There they are. You click, WTF, they’re already taken? What just happened? This is exactly what Darlene Schild experienced when she was trying to buy tickets to a Justin Bieber concert for her daughter, as reported in 2013 by the New York Times. A ticket-buying bot got there first. But now, the Better Online Ticket Sales (BOTS) Act has been passed by Congress. It’s on its way to President Obama’s desk for signing, and it will make bot ticekt purchases illegal.

A bot is a type of software used by ticket scalpers to buy up a large number of tickets for a popular event and then resell them at inflated prices, pocketing the profit. The average markup, according to a report issued by New York State Attorney General Eric Schneiderman, is 49%.

Scalpers with bots operate from multiple IP (internet) addresses to fool legitimate tickets sites that allow a limited number of tickets per customer. The bot software can bypass the sites’ CAPTCHA riddles that are there to thwart automated inquiries, sometimes by using black-market-purchased CAPTCHA solutions — the Times article cites one illicit site that offered the keys to 10,000 CAPTCHAs for just $13.90.

A vendor can scoop up unbelievable numbers of tickets instantaneously before any humans have a chance to acquire them. In under a minute, according to NPR, one vendor grabbed 1,012 tickets to a U2 concert at Madison Square Garden. It’s not just concerts, either. When Pope Francis appeared in Central Park in 2015, tickets for event were quickly scooped up and put back on the market at higher prices by scalpers. And hard-to-acquire tickets for Broadway shows are often priced out of reach for the audiences the artists are trying to reach. In a Times op-ed, Lin-Manuel Miranda, creator of hit show Hamilton, decried the problem, saying “I want the thousands of tickets for shows, concerts and sporting events that are now purchased by bots and resold at higher prices to go into the general market so that you have a chance to get them.” 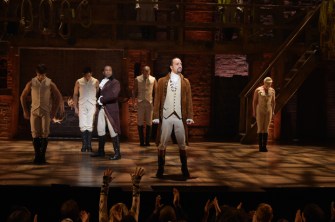 In the end, it’s not uncommon to see an unexpectedly high number of empty seats in a venue, their scalped tickets having failed to sell. And of course, average audience members are unable to purchase them at fair prices.

The BOTS act, sponsored by Sen. Jerry Moran (R-Kansas), aims to plug a loophole in the law. Scalpers using bots prior to the bill could only be charged with violating the terms of the sites from which they got their tickets. Now it’s a federal crime:

This bill prohibits the circumvention of a security measure, access control system, or other technological measure on an Internet website or online service of a ticket issuer that is used to enforce posted event ticket purchasing limits or to maintain the integrity of posted online ticket purchasing order rules for a public event with an attendance capacity exceeding 200 persons. 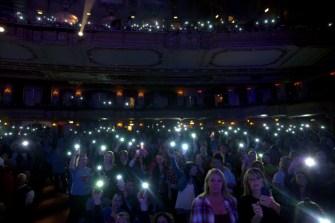 It’s worth noting, of course, that bots aren’t the only reasons for high ticket prices, even at their intended purchase price.

A group of about 200 ticket brokers who don’t use bots, the National Association of Ticket Brokers, points out that the ticket industry’s practice of “holds” limits the number of available tickets in the first place. Brokers routinely allocate large swaths of tickets to various promotions, to artists, venues, and teams for their own use. It’s estimated that only 46% of all the tickets for a show are actually put on sale. According to Executive Director Gary Adler in an email to Ars Technica, this is part of “the reason events sell out too quickly and lead to frustration over supply and market price.”

Another factor contributing to high prices is that today’s multi-media performances are expensive to produce. 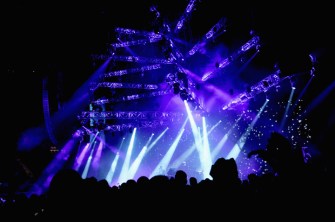 And finally, artists make so much less from streaming than they did from downloads and CD sales that they’ve become more dependent on income from live performances than in the past.

Neither of these last two factors are going away soon as a result of the new law, unfortunately.

A 99-million-year-old dinosaur tail with feathers was examined in a new study by an international team of researchers.