Why one expert believes it is knocking on death's door.

The motley patchwork of a globalized society that we have today might be giving way to something called "multipolarity." Indeed, a new book by Michael O'Sullivan, a former economist professor at Princeton University and Credit Suisse investment banker, puts forth the idea that globalization is behind us.

According to the author, instead of a globalized network of control where international institutions lead the world, we are moving toward living in a world where nation-states are guided by local regions of economic and cultural control. In the new book, The Levelling, O'Sullivan offers a guide to this potential multipolar world.

While concerned with a number of current affairs, he mainly focuses on how we can avoid the "darker scenarios" that could play out after globalization — the world as we know it — "dies."

"The essence of multipolarity is not simply that the poles are large and powerful, but also that they develop distinct, culturally consistent ways of doing things. Multipolarity, where regions do things distinctly and differently, is also very different from multilateralism, where they do them together."

The overarching historical metaphor used by O'Sullivan comes from an interesting grassroots movement from the 17th-century English civil war. The book gets its namesake from the group called "The Levellers." A democratic group from Oliver Cromwell's New Model Army, the faction consisted of a number of regular working class people from the time. They were opposed to a group called "Grandees," the political power class who ran Parliament.

The Levellers laid out a number of arguments for "repairing the broken contract of trust between elected representatives and their electorates." Essentially, their demands were for lessened corruption, better trade agreements, and debt relief — standard democratic desires. O'Sullivan sees a parallel between this moment in history and today, but now it is played out on a global scale, with those who run the world. 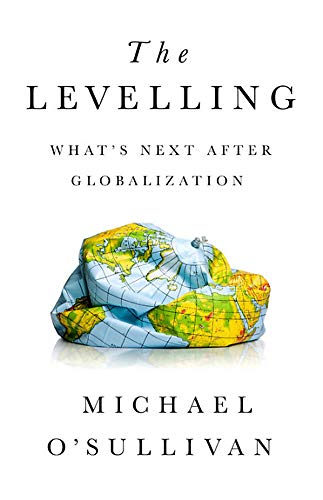 The fully multipolar world could be composed of three or four major regions — places that have distinct ways of running their society, culture, and economies. As O'Sullivan notes, "[It] will be dominated by at least three large regions: America, the European Union, and a China-centric Asia. They will increasingly take very different approaches to economic policy, liberty, warfare, technology, and society."

Mid-sized countries are more likely to either be left behind or struggle unless they coalesce into new coalitions to keep up with the greater multipolaristic powers. Along with this, "Institutions of the 20th century — the World Bank, the International Monetary Fund, and the World Trade Organization — will appear increasingly defunct."

How can we determine the multipolarity for a country? O'Sullivan says we can look at the size of its GDP, whether it has an imperial legacy, and the extent of its economic role in its surrounding geographical area. In his estimations, other measures, such as the UN Human Development Index, are also taken into account.

From globalization to multipolarity

China is used by the author as an example of the switch from globalization to multipolarity. Its commitment to become an economic leader in the regions surrounding it and break with global institutions to foster its own Chinese-driven initiatives and influence puts it at odds with other globalized efforts.

"IMF data show that in 2018, compared with 2011, Cambodia, Vietnam, Laos, and Malaysia traded more with China and relatively less with the United States. These countries, together with Bangladesh and Pakistan, have allowed themselves to be enticed by trade- and investment-based relationship with China and are now in its orbit."

O'Sullivan believes that China itself is not pushing toward globalization, but instead cultivating an inward approach to development. The flow of money and people, he writes, is an indicator that China has no intention of making itself a standard globalized civilization.

"It is increasingly hard for Western companies to do business there on equal terms with Chinese companies, and the flow of both money and ideas — out of and into China, respectively — is heavily curtailed. Flow of people is another indicator.

Flows within China are dynamic and are perhaps more managed than before, but flows of foreigners into China are miniscule by comparison to other countries, and China has only recently established an agency (the State Immigration Administration created at the 2018 Party Congress) to cultivate inward flows. So as China has become a major pole, it has become less globalized and arguably is contributing to the trend toward deglobalization."

This is just one example of one set of powers toward the path of multipolarity. O'Sullivan claims that there will be tension along the way. The last time we saw a spread of new globalized powers was during the 19th and 20th century, which were led by Britain and the United States. The author saw this as an anchoring point for global affairs. But for the modern day he states:

"The fact that there are now at least three points of reference introduces a new and possibly uncertain dynamic to world affairs."

At the root of O'Sullivan's multipolarity concern and supposed "death of globalization," is the fear that these major poles will develop such a divergent way of doing things, that global tension will flare up into greater conflict.

"At the margin, the flow of people, ideas, and capital may be less global and more regional and in time could be reinforced by a growing sense of regionalization across the main poles. In a negative way, a more multipolar world may be the watershed that signals the peak of democracy and potentially the beginning of contests within regions for competing views of democracy, institutional strength, statecraft, and control."