After the surprise victory of Donald Trump in the 2016 presidential election, stories began circulating about how a relatively obscure data analytics firm called Cambridge Analytica had helped the campaign win by using an innovative blend of digital microtargeting and psychological tactics to appeal to voters.

It was good publicity for the data firm. One Cambridge director likened the amount of client interest they were receiving to “drinking from a fire hose.”

Then scandal hit the firm in March 2018. A former Cambridge Analytica employee named Christopher Wylie has in recent weeks provided details about the inner workings of the firm, including how it collected data from potentially more than 50 million Facebook users. On March 19, Channel 4 released hidden camera footage of now-suspended Cambridge Analytica CEO discussing how his firm can use ex-spies to dig up dirt on political opponents, swing elections in foreign countries, and use “fake news” to change public opinion.

In a presentation entitled “Data-driven behavior change,” the firm positions itself as one that “put Donald Trump in the White House,” and explains how it uses personal user data and psychological research to tailor messaging to individual consumers or voters. The firm’s psychographic approach takes information collected from individuals’ social media profiles—magazine subscriptions, religious affiliation, hobbies—and uses it to estimate where users rank according to the Big Five personality traits: openness, extraversion, neuroticism, conscientiousness, agreeableness. 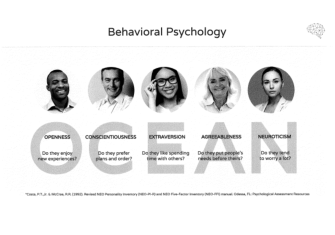 The firm would then be able, the idea goes, to estimate which kind of messaging would be most effective for certain individuals – even ones that seem remarkably similar on paper. 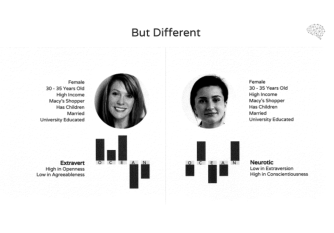 In the presentation, the firm provides some A/B examples from ad campaigns for major clients like Ford, American Express, and Coca-Cola. 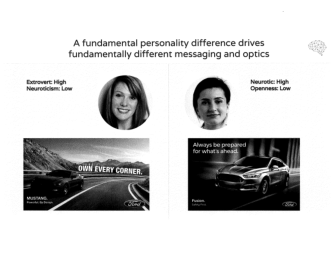 “The implication and the inferences are that [Cambridge Analytica] did this work,” Bill Wilson, president of the Market Research Foundation, a conservative data analytics organization, toldMother Jones.

“When a vendor shows us their marketing materials with sample work for big brand names, the expectation is that those examples are projects they have actually worked on—not theoretical work.”

A spokesman for Cambridge Analytica said in a statement: “These were illustrations or mock-ups of how the Cambridge Analytica approach could potentially work for brands, and were used in pitch meetings to help visualize our services. We do not claim that we have worked for these particular brands and we always make it very clear that these are not case studies. Any suggestion that Cambridge Analytica has claimed to work for these brands is false.” 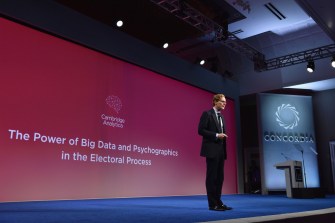 Cambridge Analytica seems to have a history of not being completely honest about its capabilities. In 2015, the firm told the Ted Cruz campaign it would use an innovative microtargeting software called Ripon to help the Republic team gain an edge over competitors. But that software didn’t exist at the time.

“It’ll never exist,” a Cambridge consultant told several Cruz staffers after repeatedly telling them the software was almost ready. “I’ve just resigned because I can’t stand lying to you every day anymore.”

The firm also reportedly lied when it provided Facebook with certifications claiming it had deleted massive amounts of Facebook user data in 2015. That Facebook didn’t do more to ensure Cambridge Analytica had deleted the data is a key point in the current scandal involving the social media platform.

Alexander Nix is scheduled to appear in front of British lawmakers on April 17 to shed light on some inconsistencies in testimony he provided in February.
Related
13.8
The weirdness of quantum mechanics forces scientists to confront philosophy
Though quantum mechanics is an incredibly successful theory, nobody knows what it means. Scientists now must confront its philosophical implications.
Neuropsych
Why is a Starbucks loyalty rewards program making customers so angry?
The rewards price to get a free cup of hot coffee at Starbucks is going up.
Empowering growth
7 essential management training topics for every team leader
From emotional intelligence to problem solving, these management training topics will set team leaders up for success.
Thinking
What if you could rewire your brain to conquer suffering? Buddhism says you can
For Buddhists, the “Four Noble Truths” offer a path to lasting happiness.
Hard Science
Solved: 500-year-old mystery about bubbles that puzzled Leonardo da Vinci
The solution involves the infamous Navier-Stokes equations, which are so difficult, there is a $1-million prize for solving them.
Up Next
Starts With A Bang
This Is Why Our Universe Didn’t Collapse Into A Black Hole
If everything was hot, dense, and super close-together at the Big Bang, what kept us from collapsing into a singularity?The Big Bang is one of the most counterintuitive ideas out […]