In his first media appearances since the Cambridge Analytica story broke, Mark Zuckerberg spoke to several publications on March 21 about how the firm was able to harvest data from millions of users, and how Facebook plans to protect users going forward.

The 33-year-old CEO started his media run by publishing a Facebook post that provided a timeline of events surrounding the Cambridge Analytica story.

He then outlined three broad steps for how Facebook plans to investigate the data breach and bolster user privacy:

Later in the day, Zuckerberg was interviewed by CNNMoney’s Laurie Segall. He reiterated many of the same points featured in his post, using some talking points that were almost identically worded to those in his post, such as “we have a basic responsibility to protect people’s data, and if we can’t do that then we don’t deserve to have the opportunity to serve people.”

But unlike his Facebook post, Zuckerberg said in the interview that he was “really sorry” the data breach happened.

The rather uncontentious interview – which ended with a warm question about how Zuckerberg’s newfound role as a father has changed his perspective on running Facebook – revealed interesting points about regulation and the company’s stance on transparency laws for political ads.

When asked if his company should be regulated given the “high stakes” of bad actors like Cambridge Analytica and meddling in political elections, Zuckerberg said:

“I actually am not sure we shouldn’t be regulated. I actually think the question is more: What is the right regulation rather than ‘yes or no, should it be regulated?’”

He specifically mentioned regulation on transparency laws for political ads, and alluded to lawmakers’ efforts to pass the Honest Ads Act, which was introduced in October 2017. The law would require tech companies to keep copies of political ads publicly available, and require political ads to contain disclaimers showing who paid for them, how much they paid, and for whom ads were targeted. 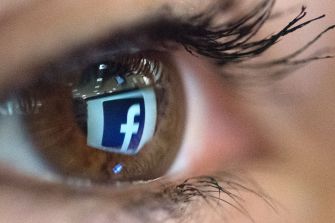 “If you look at how much regulation there is around advertising on TV and print, it’s just not clear why there should be less on the internet.”

Zuckerberg said he would “love to see” this kind of regulation, adding that Facebook is already voluntarily changing its platform to accomplish many of the things listed in the act.

But it’s not clear that he actually wants such regulation to pass.

As Quartzwrote on March 22, some campaign transparency advocates and congressional staff say that “Facebook has been quietly fighting lawmakers” to keep them from passing the act, mainly because the company “doesn’t want to be responsible for maintaining the publicly accessible repository of political advertising, including funding information, that the act demands.” The article points out that Facebook spent $3.1 million in lobbying efforts in the last quarter of 2017.

Zuckerberg addressed the act specifically in a March 21 interview with Wired.

“Take the Honest Ads Act. Most of the stuff in there, from what I’ve seen, is good. We support it. We’re building full ad transparency tools; even though it doesn’t necessarily seem like that specific bill is going to pass, we’re going to go implement most of it anyway.” 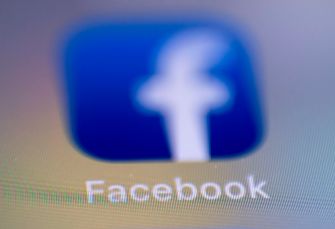 In a broader context, the Cambridge Analytica scandal highlights an inherent problem in Facebook’s business model: Facebook is a free product that makes money by providing its users’ data to advertisers and developers so they can better target customers. Now, Facebook finds itself in a position where users are demanding that their data be kept private. It’s a seemingly impossible position, as NY Times business columnist Kevin Roose said on the March 22 episode of The Daily podcast:

“They’re really being asked to do the impossible here, which is to build a secure privacy-respecting platform that is locked down and unexploitable, and also make billions of billions of dollars for their shareholders.”

Good culture is more than just liking each other. Here’s the key way to build great culture at work.
▸
3 min
—
with
Alisa Cohn
Up Next
Surprising Science

Scientists find a groundbreaking application of the supermaterial graphene.