On April 20th, the Treasury Secretary Jacob J. Lew announced an important redesign of American currency.  Most significantly, the abolitionist heroine Harriet Tubman will replace Andrew Jackson on the $20 bill.  While Harriet Tubman is an excellent choice for an individual whose presence on our money would serve as a reminder of a terrible blemish on our past, a historical Native American leader should have replaced the noted “Indian Killer” Jackson.

Andrew Jackson deserved to be booted from our money.  The 7th President owned hundreds of slaves, was a ruthless soldier and was instrumental in the forceful relocation of Native Americans from their ancestral lands.  He implemented the Indian Removal Act of 1830, and stood by numerous violations of treaties like when Georgia ignored a federal treaty and seized nine million acres inside the state that had been guaranteed to the Cherokee tribe.  Jackson’s support of Georgia in this case resulted in the violent relocation west of tens of thousands Chickasaw, Choctaw, Muskogee, Creek, Seminole and Cherokees.  1838’s Cherokee “Trail of Tears” claimed the lives of approximately 4,000, who died of starvation, exposure and illness.

As there were several bills considered for redesign, it would have been possible to recognize Harriet Tubman and a representative of America’s indigenous people.  Harriet Tubman was a remarkable American, who escaped slavery herself and then helped rescue hundreds of slaves through the Underground Railroad.  Her life is a testament to the possibility of an individual making a difference.  But rather than having her replace Jackson, it would have been a clearer reversal of a historical injustice to replace Andrew Jackson with a Native American leader. 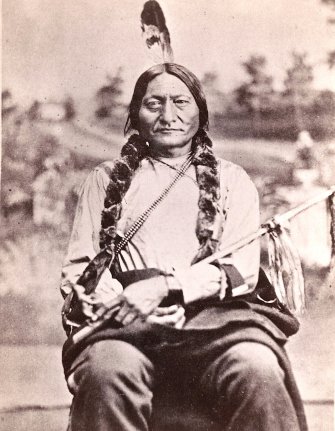 There have been a great amount of Native American leaders whose names are not known as widely as they deserve.  Honoring them the way we honor our Presidents by putting their likeness on the money we use would recognize the complexity of our nation’s creation.  One candidate could be the Nez Perce Chief Joseph (aka “Thunder Traveling in the Mountains”), who resisted the removal of his people and became known widely as a peacemaker and humanitarian. Another great candidate should be the Oglala Lakota Chief Red Cloud, who was a gifted military commander and a fierce defender of his people.  Similarly, the Hunkpapa Lakota Chief Sitting Bull, an instrumental leader during the 1876’s Battle of the Little Bighorn, would be a great presence on our currency. 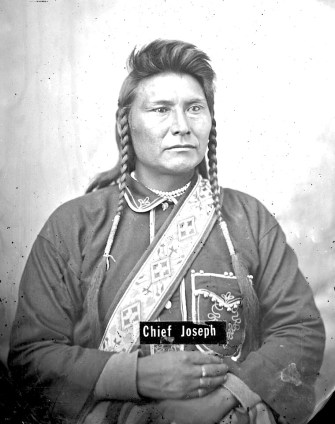 Before we get into which past injustice gets more priority, there really should have been more changes made with our money.  Taking Alexander Hamilton from the $10 bill was also under consideration.  Alexander Hamilton was an important American, one of the founding “fathers” of this country, but he was not a President.  His accomplishment was in helping to set up the financial system of the fledgling republic.  While he did an important job, should we then consider putting Alan Greenspan on one of the greenbacks?    The movement to take Hamilton off the $10 bill was stalled by the success of the Broadway show “Hamilton”.  The creator of the show Lin-Manuel Miranda is a great communicator and promoter (and recently won a Pulitzer prize), but since when should lobbying efforts by an ultimately self-serving showbiz personality determine such historical events as who gets to grace our money?  Paper currency plays an important role in the signs that dominate our daily life.  The images on the bills are something we see constantly, whether consciously or subconsciously. 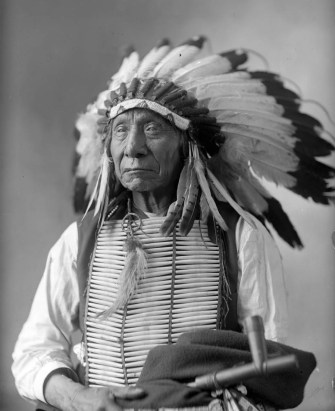 Perhaps this is a debate that doesn’t change the reality of what happened in our history. But symbolic gestures that aid the acknowledgement of the past in an honest and fair way are key in resolving the traumas of our collective past.  In not putting a Native American on our money, the US Treasury missed a key opportunity, which can still be corrected.

As Chief Joseph said: “Whenever the white man treats the Indian as they treat each other, then we shall have no more wars. We shall all be alike, brothers of one father and one mother with one sky above us and one country around us and one government for all. Then the Great Spirit Chief who rules above will smile upon this land and send rain to wash out the bloody spots made by brothers’ hands upon the face of the Earth.”

Our brains did not evolve to shop on Amazon.
Your Brain on Money

Science confirms what you already knew about being helpful to others.
▸
5 min
—
with
Big Think
Neuropsych

Money can buy happiness — if you spend it on others, research suggests.
Your Brain on Money

Humans are wired for short-term thinking according to neuroscience, making it difficult to save for retirement.
▸
6 min
—
with
Big Think
Up Next
Culture & Religion

The Cognitive Origins of Religion

Three phases in brain development led to the creation of religion. What we do with that is up to us.