Researchers Engineer Enforcer Cells That Will Take out Lethal Bacteria

Amoebas one-tenth the width of a human hair may someday help diffuse a bioterror attack. 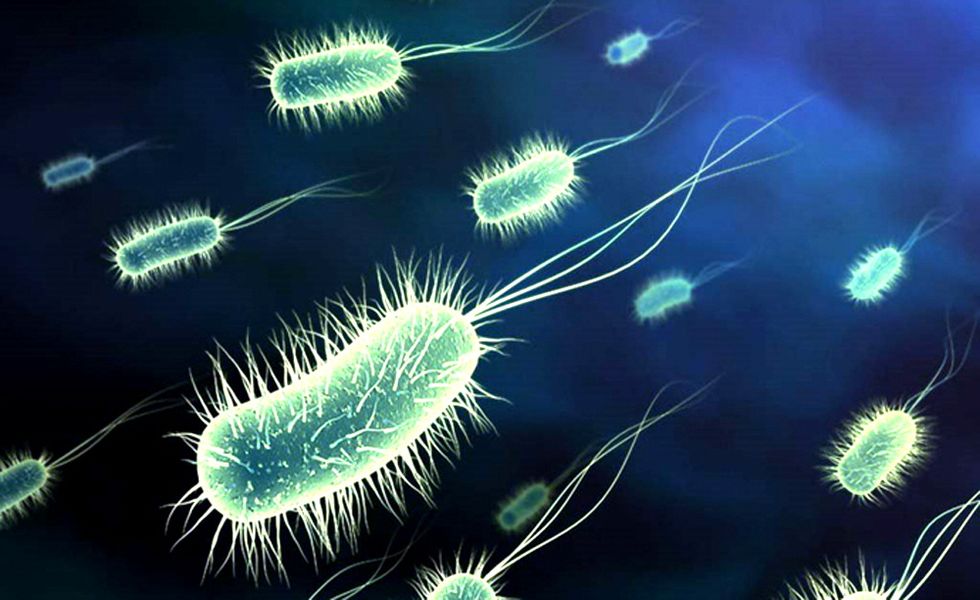 Bacteria racing away from their cellular enforcers.

Bacteria and antibiotics have been in an arms race since the drugs were invented. But for economic reasons, fewer and fewer of these drugs are being developed today, while the fear of antibiotic-resistant bacteria is ever-growing. This, and the potential threat of a bioterror attack, where say an epidemic-causing bacteria is released into the general population, makes the need for countermeasures obvious. Johns Hopkins researchers have come up with a new way to eliminate dangerous bacteria, using beefed up cells who seek out and destroy dangerous pathogens, all on their own.

Researchers from the John Hopkins Whiting School of Engineering and the School of Medicine teamed up on this four-year project. They received a grant of $5.7 million, awarded by the federal agency DARPA (Defense Advanced Research Projects Agency). The point of the study is to create a biocontrol system that can send out single-cell enforcers to find and eliminate certain pathogens. Researchers will program amoeba cells to do so, each one micron long, about one-tenth the width of a human hair.

These amoeba are independent and travel on their own surfaces--meaning they can get potentially deadly pathogens wherever they may be. In the event they are needed, they would be emitted through a spray. As a first step, scientists hope to program the cells to go after the bacteria which causes Legionnaire’s disease.

It could also be used to target Pseudomonas aeruginosa, a dangerous, potentially deadly, treatment-resistant strain of pneumonia. In another scenario, specially engineered amoeba cells are unleashed by health officials if an outbreak occurs. There are other uses too. They could sterilize instruments, and studying them may even reap benefits for cancer research.

So what’s DARPA’s interest? These biochemical warriors may someday help dampen down or even counteract a bioterror attack. They could also be used to render contaminated soil harmless. The innovation here is that each cellular soldier is self-directed. It does not depend on an outside human operator. Principal investigator Pablo A. Iglesias likened it to a “self-driving car.” Iglesias is a professor of electrical and computer engineering at Johns Hopkins.

Just as cruise control slows down or speeds up a car, Iglesias said, “In a similar way, the biocontrol systems we’re developing must be able to sense where the pathogens are, move their cells toward the bacterial targets, and then engulf them to prevent infections among people who might otherwise be exposed to the harmful microbes.”

Iglesias started looking into biocontrol systems 15 years ago. To develop this particular type of synthetic biology, he is teaming up with four colleagues at the school of medicine. Each is a biological chemistry expert. Douglas N. Robinson, a professor of cell biology is on the team. He likened what these amoebas do to bacteria to what humans do when they encounter freshly baked cookies. They seek to gorge themselves unabashedly.

Though the technique has a lot of potential, Iglesias admitted to the Baltimore Sun, that past experiments in the field haven’t actually gone very well. "People manage to do things but it takes huge amounts of effort and it's more or less random,” he said. “There has to be a lot of iterations before it works." Other experts say, this team’s efforts are heartening, particularly due to the growing menace of antibiotic-resistant bacteria.

Researchers are using amoeba cells called Dictyostelium discoideum in their experiments. This species is commonly studied. It can be found in the damp soil of riverbeds. These microbes surround bacteria and devour them. Turns out the bacteria let off a biochemical “scent” that the amoeba, using a specific type of receptor, pick up.

Robinson said that their experiments must adhere to the strictest operating protocols, lest such amoeba escape into the environment and wreak havoc. If this project bears fruit, researchers believe they’ll have a new tool to fight infection in hospitals, and protect society against bioterror and ecological disasters. So far, scientists are targeting only pathogens lurking outside the human body. “In this contract, we are not targeting bacteria in human blood,” Iglesias said. “But the hope is that the techniques we develop would ultimately be useful for that.”