More cancers occur by random chance than for any other reason, researchers say

Two-thirds of all cancers are caused by DNA replication errors, according to Johns Hopkins researchers. But don't light a celebratory cigarette just yet. 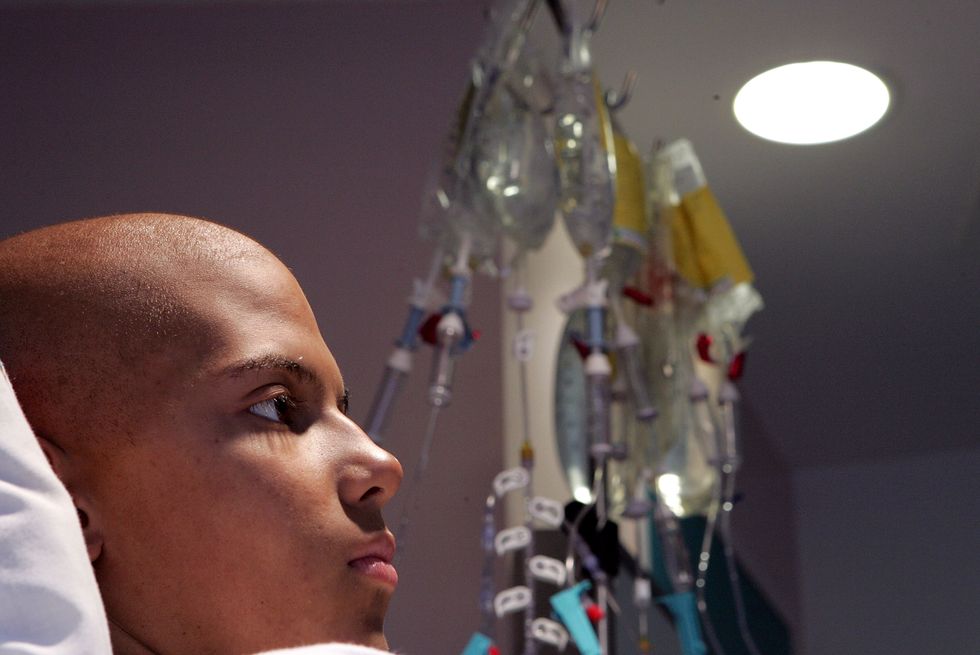 We usually attribute cancer to inherited genes such as the BRACA1 or BRACA2 mutations, responsible for breast, ovarian, and prostate cancer. Or else, a lifestyle choice like smoking or something to do with the environment, say exposure to pollution or radiation. A new study published in the journal Science however, makes a strong case for random chance as the biggest driver.

The vast majority of cancers are just a mistake, an error in DNA replication, researchers say. In this way, developing cancer in many cases is unavoidable. Geneticist Bert Vogelstein and mathematician Cristian Tomasetti, at the Johns Hopkins Kimmel Cancer Center, conducted the study, a follow-up to an earlier one, which arrived at the same conclusion.

To reproduce, cells divide. Every time one does, little mistakes in the copies of its DNA form. Usually, they don't cause any trouble. But if it happens more than once in a gene that causes cancer, the disease can take root and the cell turns cancerous.

Vogelstein and Tomasetti wanted to know how often replication errors were the main driver of cancer, versus how often tobacco, pollution, inherited mutations, and other factors were. These researchers discovered that it's actually the number of stem cell divisions in a given organ that's associated with risk. Those sites with more stem cell divisions are at higher risk for cancer, such as the colon. Whereas those which have few stem cell divisions, such the brain, are less likely to develop it.

Those areas where stem cells are more likely to divide, have a higher risk of replication driven cancer. Getty Images.

To conduct the study, researchers gathered data from several databases. Then they developed a mathematical model to evaluate how many cases of cancer were due to genetics, DNA replication errors, and the environment. Replication errors caused a whopping two-thirds of all cases, researchers found. But it gets more complex.

The statistics change depending on what type of cancer. In terms of lung cancer, 65% are caused by environment-driven mutations, with only 35% by replications errors. With prostate cancer, over 95% of cases are caused by errors in DNA replication. The vast majority in childhood cancers stem from replication mistakes as well. After examining 32 different kinds, researchers determined that 66% of all cancers were driven by chance, 29% were due to environmental causes, and 5% inheriting a mutation.

Vogelstein and Tomasetti set off a firestorm of debate when they released similar results two years ago. One problem, critics argue, is that these findings dishearten patients. Why should they pursue a healthy lifestyle if they might get cancer anyway?

42% of cases are preventable, and these findings don't change that, Vogelstein argues. The reason is, replication error driven carcinogenesis is dependent on the number of mutations which occur. Typically, it takes more than one for cancer to take root. And so these numbers, two-thirds and 42%, aren't comparable.

Vogelstein and Tomasetti moved to undermine criticisms of their previous study with this one. One way was to include data from 69 other countries. The last analysis only included databases of US origin. This study also looked at breast and prostate cancer, which are common. These weren't represented in the last project. Vogelstein also examined some cancer genomic sequencing work, seeking mutations that are caused by environmental factors.

According to the geneticist, the case for environmental factors may have been overemphasized. He told Nature, “If we think of the mutations as the enemies, and all the enemies are outside of our border, it's obvious how to keep them from getting inside. But if a lot of the enemies — in this case close to two-thirds — are actually inside our borders, it means we need a completely different strategy." In addition to a healthy lifestyle, healthcare professionals should advocate for early and periodic screenings, in this view.

Critics argue that they might have missed the influence hormones can have. Also, the impact certain drivers like smoking can be quantified, but what about air pollution on top of tobacco use? Epidemiologist Dr. Graham Colditz at Washington University in St. Louis, says it may be harder to parse out the drivers of cancer than is presented here.

Vogelstein told NPR, "We're not saying the only thing that determines the seriousness of the cancer, or its aggressiveness, or its likelihood to cause the patient's death, are these mutations. We're simply saying that they are necessary to get the cancer."

On another front, the Johns Hopkins geneticist hopes these findings may alleviate feelings of guilt on the part of patients and their loved ones. Many times cancer patients are faced with unhealthy choices in their lifestyle or blame their genes. “We don't need to add guilt to an already tragic situation." Vogelstein said. Hopefully, knowing that most cases are often up to chance may help relieve some of the self-blame that often accompanies the disease.

To learn more about innovations in our understanding and treatment of cancer, click here: