His use of the drug may have inspired Dr. Timothy Leary. 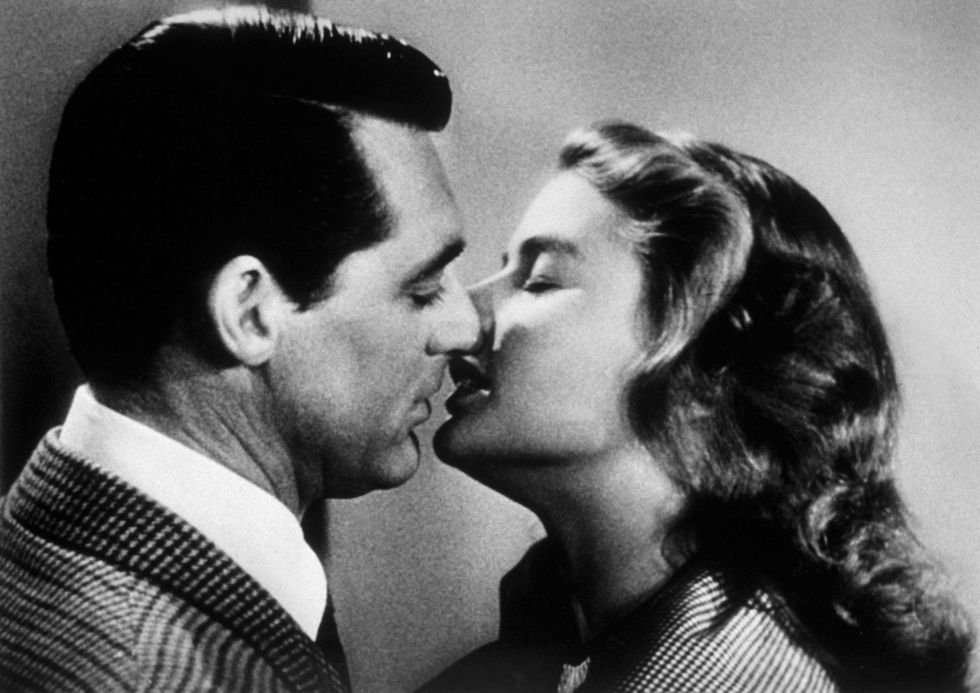 A new documentary, recently screened at the Cannes Film Festival, is changing everything we know about one of the most beloved leading men of Hollywood’s Golden Age. Becoming Cary Grant, shows how the iconic actor’s meteoric rise seemed to shock him most of all. As a result of it and past traumas, he secretly wrestled for most of his life with an identity crisis. For years, Grant desperately tried to square his past with the man onscreen.

Some of Cary Grant’s best known films include: Bringing Up Baby (1938), His Girl Friday (1940), An Affair to Remember (1957), and Alfred Hitchcock’s masterpiece, North by Northwest (1959). Grant was one of the few people who could be silky smooth and debonair while at the same time, totally disarming. His performances were rich yet subtle, and his personality magnetic. An interviewer once told him, "Everybody would like to be Cary Grant." To which he replied, "So would I.”

He was born Archie Leach in Bristol, England, in 1904. His father was a factory worker, a philanderer, and an emotionally abusive alcoholic. Grant-then-Leach had a normal childhood, until he came home at age nine to find his mother missing. Never given a satisfactory answer for her disappearance, Grant later discovered that she had been institutionalized, possibly by his father, who it turned out, had another family. The soon-to-be Grant wouldn’t lay eyes on her again until he was in his 20s. He’d thought she’d died all those years in-between.

At age 14, he became an acrobat with the Bob Pender Stage Troupe. He flew to America by 16, changed his name, and covered up his accent as best he could. After being discovered by Mae West, he was put in one of her films and promptly rose to stardom. Yet somehow, he never felt comfortable. Later on he said, “I have spent the greater part of my life fluctuating between Archie Leach and Cary Grant. Unsure of each, suspecting each.” It was perhaps this conflict that gave him the ability to captivate audiences, what film historian David Thomson called his, “fascinating insecurity.”

Grant went through several marriages. It was what happened to his mother that weighed so heavily on his relationships. In the late 1950s, he had had enough. Grant set out on a personal journey to heal the tremendous chasm inside of him. He tried yoga and hypnosis. Neither worked.

“I wanted to rid myself of all my hypocrisies,” he said in a 1959 interview in Look magazine. “I wanted to work through the events of my childhood, my relationship with my parents and my former wives. I did not want to spend years in analysis.”

Finally, he settled on LSD therapy. He would end up undergoing 100 sessions with Dr. Mortimer Hartman, once a week, at the prestigious Psychiatric Institute of Beverly Hills. Almost no one had heard of LSD at the time. It was only associated with the upper echelon and within the confines of psychotherapy. LSD wouldn’t be outlawed in the US until 1965.

Grant’s sessions took place between 1958 and 1961. Over 40,000 people underwent LSD therapy in the US and Europe at the time, to treat things like depression, addiction, and even PTSD (then called "shell shock"). But of course, the results weren’t always therapeutic. “In one LSD dream I imagined myself as a giant penis launching off from Earth like a spaceship,” Grant said.

During this same time period, the CIA’s MK Ultra program tested LSD on unsuspecting participants and volunteers, to see if it could be used as a truth serum. Author Ken Kesey who penned One Flew Over the Cuckoo’s Nest, was one such test subject. It led to him to taking hallucinogens with cohorts, the merry pranksters, who would later help launch the mid-to-late 60's psychedelic scene.

The US government was experimenting with LSD at the time. Late author Ken Kesey was a test subject. Getty Images.

Mark Kidel is Becoming Cary Grant’s director. He strings bits of the actor’s own, unpublished autobiography throughout the film, read by actor Jonathan Pryce.

You have to remember that Cary was a private man. He rarely gave interviews. And yet, after taking acid, he personally contacted Good Housekeeping magazine and said: ‘I want to tell the world about this. It has changed my life. Everyone’s got to take it.’ I’ve also heard that Timothy Leary read this interview, or was told about it, and that his own interest in acid was essentially sparked by Cary Grant.

Grant called Dr. Hartman, who ran the LSD clinic, “my wise Mahatma.” The treatments he said led to his “rebirth.” For the rest of his days, he came to know a great and abiding inner peace. He even left Dr. Hartman a substantial sum in his will. Today, we’re attempting to use hallucinogenic drugs once again to overcome mental health issues, PTSD, and addiction. So in a way, our outlook on LSD has come full circle. After its Cannes debut, the film is set to air on Showtime on June 9.

To see the trailer for this documentary, click here: